As violence continues to escalate in the Democratic Republic of the Congo, experts and civilians alike are expressing their concerns that the conflict may never end..

As violence continues to escalate in the Democratic Republic of the Congo, experts and civilians alike are expressing their concerns that the conflict may never end. The African nation is at the precipice of a full blown humanitarian crisis.

The region that is now the Democratic Republic of the Congo was first inhabited about 80,000 years ago. Bantu migration arrived in the region from Nigeria in the 7th century AD. For millennia, the DRC was part of the ancient Kingdom of Congo. Conflict and violence has played a major role in the existence of the DRC. The Congo was colonized by Belgium from 1908 to 1960. Initial Belgian forays into the Congo were initiated by King Leopold II. Belgium has been highly criticized for atrocities conducted during this time. After an uprising by the Congolese people, Belgium surrendered to the independence of Congo in 1960. However, Congo was left unstable because tribal leaders had more power than the central government.

The First Congo War, which occurred between 1996 and 1997, was a foreign invasion of Zaire led by Rwanda that replaced President Mobutu Sésé Seko with the rebel leader Laurent-Désiré Kabila. The Second Congo War began in August 1998 after the Rwandan genocide of 1994. The war officially ended in July 2003.

The nation is home to immense economic resources. This “Resource curse” has partly fueled the violence further as malicious players have tried to get their hands on the nation’s riches. Fighting was fueled by the country's vast mineral wealth, with all sides taking advantage of the anarchy to plunder natural resources. There is a strong presence of militia as well, and violence is stoked by ethnic divisions.  A large UN peacekeeping force has been established in the East of the nation in order to keep the militia under control.

Joseph Kabila Kabange has been President of the Democratic Republic of the Congo since January 2001. According to the Constitution of the Democratic Republic of the Congo, President Kabila should not be allowed to serve more than two terms. On 19 September 2016, massive protests called for him to step down. A number of reports have emerged this year of the country spiraling back into anarchy. Kabila’s authority is fading and armed conflict is on the rise once more.  However, he has refused to step down. 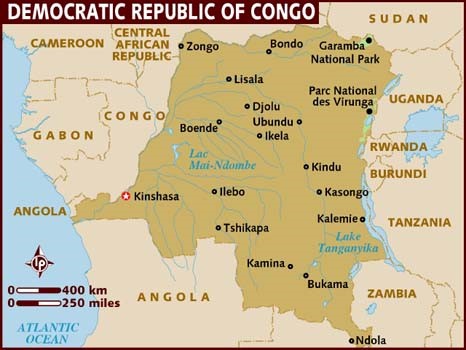 Since December 2017, the Democratic Republic of Congo has witnessed an upsurge in refugees and violence. The International Organisation for Migration (IOM) has issued an appeal titled the “DR Congo Humanitarian Crisis.” The agency notes a dramatic increase in gender-based and armed violence since the end of Kabila’s term in 2016, particularly in regions such as Kasai and Tanganyika, and North and South-Kivu. “As a result, an estimated 4.1 million individuals are currently displaced - the highest number of any country on the African continent,” the agency stated in its appeal, released in December last year.

There is also a political crisis brewing in the region. Despite promises made by Kabange that he would step down, he has not relinquished power since 2016. Protests erupted in the region as a result. Experts are now expressing their concerns that the conflict will result in a full-blown humanitarian crisis. It has now been reported that UN peacekeepers are on red alert as the situation escalates.

Justin Kapitu one of the soldiers who fought in one of the many conflicts is injured and has been quoted as stating that he didn’t even know why the conflict occurred. He spoke to The Guardian stating, “I was just a foot soldier so I don’t really know why we were fighting. There are lots of reasons I think .... I don’t think the wars here will ever stop. They will probably get worse.”

Meanwhile Kabange has vowed that proper elections will be held in December of this year. However, as experts have pointed out, there is enough cause to justify skepticism on the matter.  The DRC has not experienced a peaceful transition of power since it won independence from Belgium in 1960. Sky News recently reported, ““Few areas are considered safe in the restive DRC right now.”

An analysis by The Guardian states, “In recent weeks, thousands of army soldiers attacked villages across the province of North Kivu, where rebel groups are based.”

Our assessment is that the Congo’s democracy is at stake. President Kabange has flouted the law of the land and has refused to relinquish power despite his term ending in 2016. The region is already beset by corruption, economic disparity and failed elections would further add to the discord among the people. Amidst the crisis, the government is also expecting the UN peacekeeping forces to withdraw by 2020 – a prospect that might become unlikely if the violence continues.