The Chinese state media has published a report noting that the country will be upgrading its Western Theater Command in order to confront any threat from India..

The Chinese state media has published a report noting that the country will be upgrading its Western Theater Command, in order to confront any threat from India. This comes less than a year after India and China ended a military stand-off in the region of Doklam.

India’s contemporary relationship with China began in 1950. Between 1960 and 1987, India and China have been involved in three major military conflicts. A bilateral relationship has since been established, but both nations have often been pitted against one another as they are two of the fastest growing economies in the world. The two countries have never completely resolved their border problems and Chinese troops have reportedly infringed upon Indian Territory over the years.

In June 2017, a skirmish broke out between Indian and Chinese troops at the Doklam plateau. The area is a disputed territory between Bhutan (an Indian ally) and China. For nearly three months both nations were engaged in a military stand-off. Another scuffle between Indian and Chinese troops broke out in August 2017. The two sides took to throwing stones at one another at Pangong Lake in Ladakh. 15 Chinese soldiers had reportedly crossed into Indian territory and did not turn back despite repeated warnings.

In 2017, China’s Senior Colonel Wu Qian of the PLA and Defence Ministry warned, “We remind India to draw lessons from the stand-off, abide by established treaties and the basic principles of international law, and work together with China to safeguard peace and stability along the border and promote the healthy development of the two militaries.”

In recent months reports have emerged of China using pioneering technology to develop powerful arsenal. It is reportedly planning on making use of robots and robotics in an effort to increase its bomb and shell production capacity by threefold. It is also updating its old outdated computer systems aboard nuclear submarines with artificial intelligence. Reports have also emerged that China is quite possibly testing a hypersonic “rail gun”. It is believed to be testing of the world’s first ship-mounted rail gun. The rail gun is capable of shooting down a satellite and is powerful enough to take down a warship. In 2018, China’s Chengdu J-20, a fifth-generation stealth fighter jet, has officially entered combat service. The jet is part of the nation’s commitment to modernize its military operations. 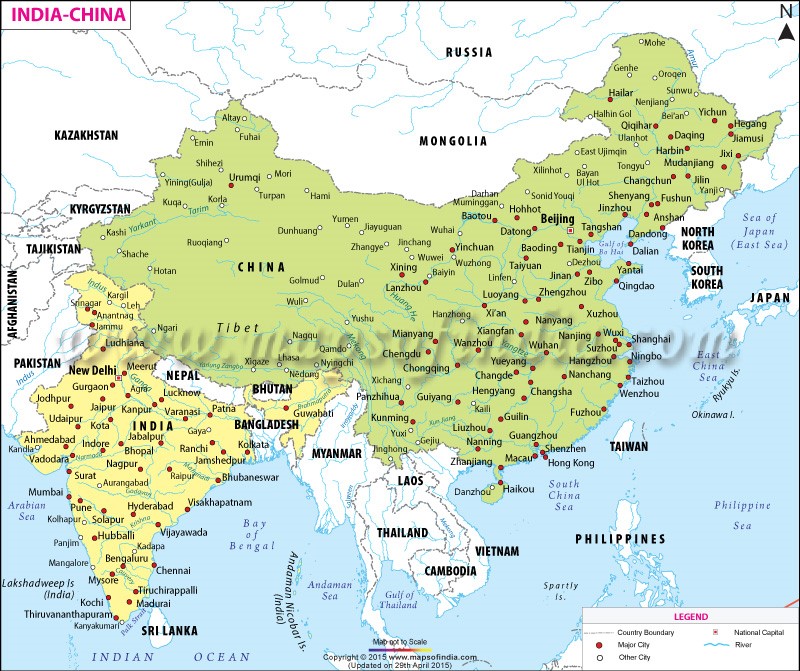 "With India importing new jets, China will continue strengthening its fighter jets in the Western Theatre Command," military expert Zhongping Song was quoted as saying in the report. The story also has revealed that the images of Chinese J-10 fighter jet and J-11 fighter jets conducting aerial combat training exercises in western China were released by the PLA.

Kanti Prasad Bajpai, the director of the Centre on Asia and Globalization at Singapore's Lee Kuan Yew School of Public Policy said, “It's fairly clear they (the Chinese) are trying to send a message in the post-Doklam period about their resolve to be strong.” M. Matheswaran, a retired Indian Air Force Marshal has responded to reports stating, “It's not India threatening China, it's that they're threatening India. I don't think India has the force size to threaten China at the moment.”

Our assessment is that China is investing heavily in developing artillery in a bid to establish its dominance not only in Asia but in the world. It is also sending a signal across the border to India that it will be prepared if another situation, similar to Doklam, arises.