Every child begins their journey through life with a creative mindset that approaches the world with curiosity, with questions, and with a desire to learn about the world and themselves..

Every child begins their journey through life with a creative mindset that approaches the world with curiosity, with questions, and with a desire to learn about the world and themselves through play. This mindset is often eroded or even erased by conventional educational practices when young children enter school.

Children will lack the work skills they need in the future because they are not spending enough time playing, a Lego executive has warned.

One of the explanations is that they had more time to explore the world around them through play.

It is clear that preparing children for the future demands re-focusing concepts of learning and education.

Knowing how to read, write and do maths remain important for children to unlock the world in front of them. An increasingly interconnected and dynamic world means children will find themselves changing jobs several times during their lives – switching to jobs that don’t exist today, and which they might have to invent themselves. 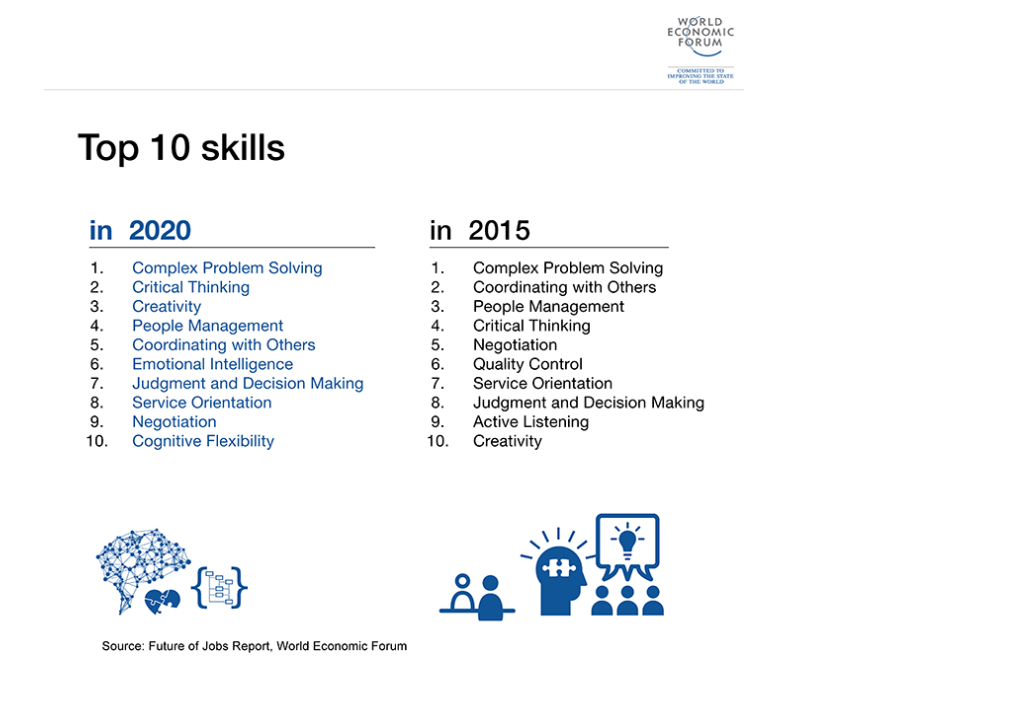 John Goodwin, head of Lego's charitable arm the Lego Foundation, says less time in the classroom and more time playing is the solution. The foundation has a 25% stake in the Danish toy maker, giving it a vested interest in encouraging play.

Goodwin is attending the World Economic Forum in Davos, the annual gathering of top business and political leaders, in a bid to persuade them of the importance of play.

He took over running the foundation last year after a spell as Lego's chief financial officer. He hopes the Davos elite will put pressure on governments to make education more play-based.

If not, he believes companies will find it increasingly difficult to hire the type of staff they need: "Critical thinking and problem solving starts in early childhood development. It's where the foundations are laid."

Technological advances, particularly the growth of the internet, meant that knowledge itself had become obsolete. He said it was now more important to teach children how to learn, and work things out for themselves, with play being one way to achieve this goal.

Goodwin is not the first to warn about the issue: several studies have linked a drop in play with negative consequences.

Dr Peter Gray, a US psychologist and professor at Boston College, has argued that the fact children play less has led to an increase in childhood mental disorders including anxiety and depression, as well as a decline in empathy. "In play, children themselves must decide what to do and how, and they must solve their own problems… and thereby develop competence and confidence," he wrote recently.

Our assessment is that there is an urgent need to begin developing skills of complex problem solving, critical thinking and creativity at a young age. It is essential that we recognise that these skills are built by learning through play across the lifespan. Thus, it is imperative to ensure a holistic environment for children where they get to engage in a variety of activities.