Southeast Asian nations will be issuing a statement after one of the scheduled meetings being held at ASEAN noting that they will not take the relative calm in the dispute..

Southeast Asian nations will be issuing a statement after one of the scheduled meetings being held at ASEAN noting that they will not take the relative calm in the dispute over the South China Sea for granted.

The South China Sea is at the heart of a land and water dispute between China, the United States and much of Southeast Asia. China’s claim to the region is historic going back to the Xia and Han dynasties. The US has maintained that region was part of the international waters. Other countries that are disputing South China Sea include, Malaysia, Indonesia, the Philippines, and Vietnam. Vietnam has become the most vocal critic of China’s claims to the sea. 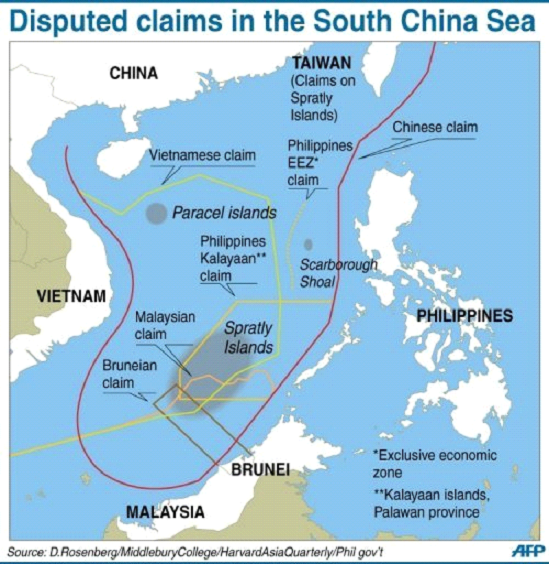 Southeast Asian nations will be issuing a statement after one of the scheduled meetings being held at ASEAN noting that they will not take the relative calm in the dispute over the South China Sea for granted.

Reuters, which had been able to get access to one of the drafts, has published parts of the statement. It reads, “While the situation is calmer now, we cannot take the current progress for granted.”

The statement will be issued after a meeting later between China and the 10-member Association of Southeast Asian Nations (ASEAN) in the Philippines capital, a diplomatic source said. The statement further notes, “Important that we cooperate to maintain peace, stability, freedom of navigation in and over-flight above the SCS (South China Sea), in accordance with international law. It is in our collective interest to avoid miscalculations that could lead to escalation of tensions.”

US President Donald Trump has recently stated that he is willing to mediate a resolution over South China Sea between China and Vietnam. During his visit to Vietnam Trump told Vietnamese President Tran Dai Quang in Hanoi, "If I can help mediate or arbitrate, please let me know... I am a very good mediator.”

The offer could irritate the Chinese government as it has repeatedly said the United States has no role to play in what it insists is a series of bilateral issues. US in turn has often argued that all of its operations in the South China Sea is in relation to what it considers China’s attempts to stifle freedom of navigation in the strategic waters.

Our assessment is that given South China Sea’s value in geopolitics, it is unlikely that any of the nations who have laid a claim to its territory will relinquish their claims over the territory. Given the simmering tensions that exist regarding South China Sea, it will not resolved in the near future in Southeast Asia.