Call a Spade a Spade

Notwithstanding its grand proclamations, Taliban 2.0 is little removed from its original avatar.

Flush with victory after its rapid military offensive, the Taliban leadership has been attempting to project itself as a 'moderate' regime. Through carefully managed press statements, it has publicly spoken of its intention to constitute an 'inclusive' government. However, if it stays true to its ideological roots, as it is wont to do, then there is little leeway for this reality to materialise.

Recognising the global abhorrence towards their extremist views, the Taliban has been quick to assure the international community that the rights of women and minorities will be protected, albeit within the framework of the Sharia law. As part of a massive publicity blitz, it has pledged to respect media freedoms and grant amnesty to those who had earlier worked with foreign powers. Equally importantly, the militants have reiterated their earlier commitment under the Doha peace deal that Afghanistan will no longer be used a haven for terrorists.

Bolstered by viral images and video clips on social media that supposedly depict their more 'humane' face, these assertions have fuelled hopes that Taliban 2.0 is a more reformed and 'softer’ version of the original band of religious zealots. However, those who are better acquainted with the militants tend to take all this grandstanding with a pinch of salt. Many of them remember that identical pronouncements had been made by the Taliban when it entered Kabul a quarter of a century back. Despite claiming to have no personal vendetta, it ruthlessly and methodically orchestrated a brutal reprisal against former enemies, culminating in the public stringing up of President Mohammad Najibullah from a lamp post in Kabul square. Not surprisingly, President Ghani has prudently opted for a flight to safety this time around, as opposed to trusting his fate to the tender mercies of his Taliban captors.

For the older generations of Afghans, it is not easy to erase memories of the dark and hopeless days under the previous Taliban regime. With women confined to their homes, public executions being the order of the day and modern forms of entertainment being deemed taboo, the entire country had retreated into the Middle Ages for an agonising period of time.

Haunted by this collective historic memory, Afghans today have no illusions about the true face of this tyrannical regime. This was most evident in the harrowing images of thousands of civilians chasing after U.S. planes on the runaway of the Kabul airport, literally voting with their feet. 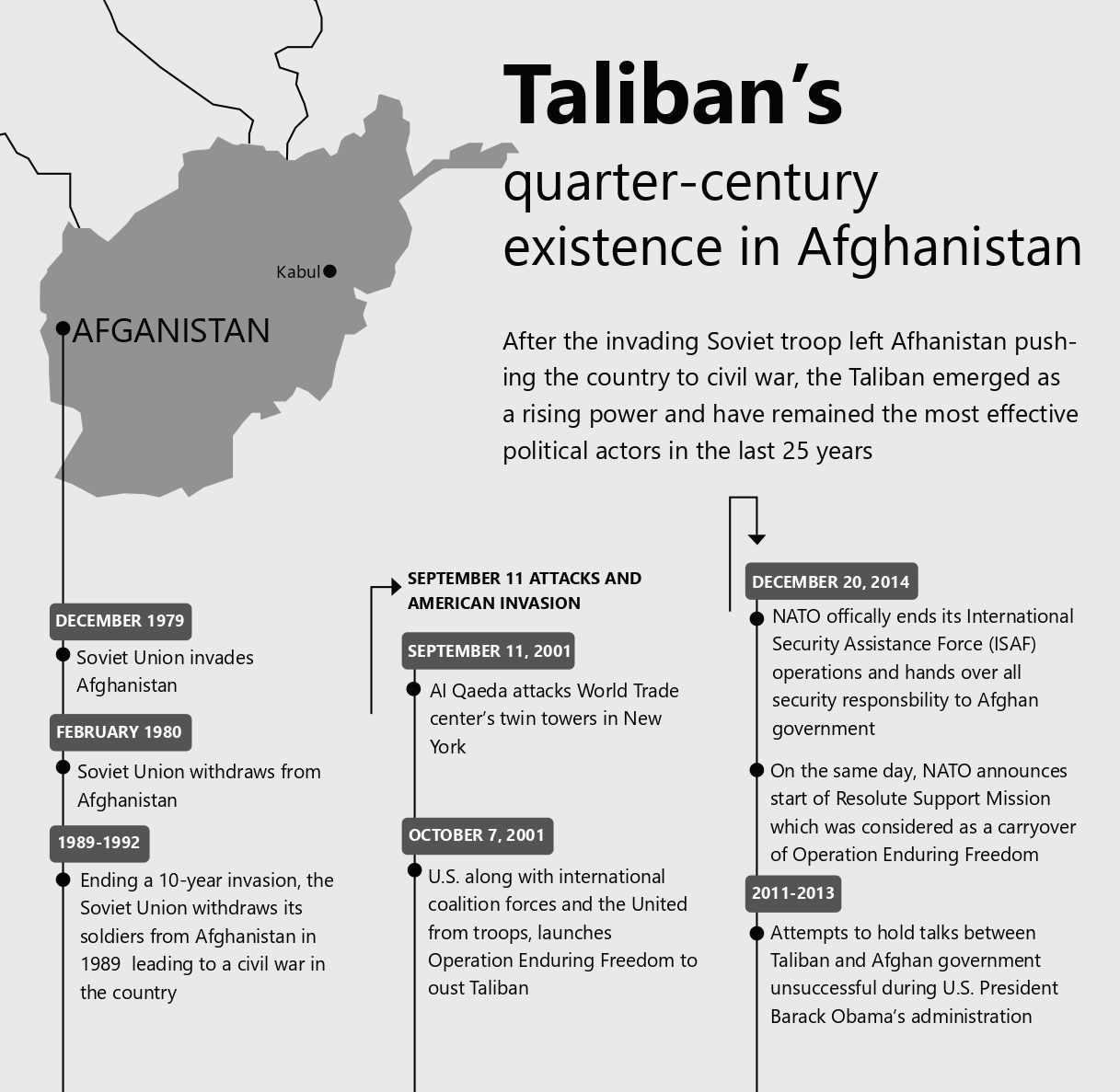 Although the Taliban leadership has committed to upholding ‘women’s rights under Islam’, ground reports trickling in from Afghanistan already contradict these claims. While Kabul, under the glare of the international media, has remained relatively unscathed, targeted attacks against women and girls have been recorded in other parts of Afghanistan.

Apart from being turned away from schools and universities, women have been ordered to not to leave their homes without a male guardian. In Herat, media agencies report that the houses of women members of parliament have been ransacked. There are also eye-witness accounts of forced marriages, flogging and public executions. Apparently, the Taliban’s version of Sharia law, which legitimises highly misogynistic interpretations, has been invoked with full vigour on the hapless inhabitants of remote regions.

Besides women, Shia minorities and the ethnic Hazara community are particularly vulnerable. Even ordinary civilians have much to fear, as reports emerge about Taliban fighters conducting door-to-door visits to hunt down those who had previously collaborated with foreign forces.

Under the Doha peace deal, the Taliban had agreed to delink itself from terrorists’ groups like the Al-Qaeda. Till now, however, there has been no evidence to suggest that the group has indeed walked the talk. In fact, a recent report by the Defence Department Inspector General’s Office in the U.S. has suggested that the Taliban continues to provide Al Qaeda with a haven in Afghanistan while publicly denying that the terrorist group is in the country. Meanwhile, the responsibility of Kabul’s security has been entrusted to the Haqqani network, a most rabidly extreme Taliban affiliate with deep ties to al-Qaeda.

Against this backdrop, terrorist groups are expected to make a decisive comeback in Afghanistan, flush with funds and recruits. Taliban’s triumphalism will only spur the global jihadist movement even further.

To long-term Afghanistan watchers, the PR antics of the Taliban appear farcical as there is little reason to believe that the current regime will be any different from the earlier Islamic Emirate. As unambiguously articulated by Ambassador Shyam Saran, ''this is Taliban 1.0 pretending to be Taliban 2.0'.

While its ideological underpinnings remain unchanged, the new Taliban regime appears to have learnt from its past errors, when it had earned a great deal of bad press. Furthermore, the prospects of facing an empty treasury has prompted prudence while dealing with the rich western world, which holds the key to its future financial deliverance. As a result, the battle-hardened fighters, obviously guided by their wily foreign mentors, have deployed a combination of diplomatic strategies and PR campaigns to gain acceptance among the international community.

As opposed to being perceived as ‘rural and conservative mullahs’, the current leadership have sought to project a veneer of moderation that that prevents the world powers from isolating the Taliban government. Although belied by reality, this explains the recent press statement that promises to honour human rights and presents a relatively soft image of the militants.

According to some experts, the Taliban has also made a conscious effort to garner support beyond its traditional constituency of Pashtuns. They have reached out to ethnic communities like the Tajiks and the Uzbeks, who have played a crucial role in gaining power in non-Pashtun areas like northern Afghanistan. However, it remains to be seen whether the militants possess the necessary skills to govern and administer a state, which arguably is far more complex than the Islamic Emirate that they once controlled. Moreover, the particularly radical elements within the group will be careful to ensure that their public façade of being ‘flexible’ and ‘pragmatic’ does not delegitimise the Taliban in the eyes of the global jihadist movement.

WILLING TO BE BEGUILED

Surprisingly, global powers appear more inclined to believe that the new Taliban is different. Perhaps, this collective delusion is just a convenient pretext for legitimising the militant rule and covering up the lack of international will to do something about the changing equations in Afghanistan. To a certain extent, it may also be motivated by economic and geopolitical opportunism.

Pakistan, for example, is perfectly poised to reap strategic rewards after having invested considerable capital in nurturing the Taliban. Apart from positioning itself as the primary diplomatic conduit between the militants and the global community, it can effectively side-line India's role in the region. For this to work, however, it will be important to ensure that the Taliban are not perceived as so brutal and repressive that they need to be internationally isolated. It is no surprise, therefore, that Prime Minister Imran Khan has endorsed the Taliban takeover of Afghanistan by remarking that “Afghans have broken the shackles of slavery”.

Similarly, countries like China, Russia and Iran may seek to legitimise the human rights propaganda of the Taliban to further their own security and economic goals, despite having no real interest in championing the cause of civil liberties. Even liberal democracies like the U.S. and Europe may be willing to give the militants a shot at redemption to stem the flow of refugees without attracting domestic condemnation.

At the end of the day, however, the Taliban will view all of this as a vindication of its strategy, allowing it to carry out a reign of terror unimpeded.