Burundi announced that it will leave the international criminal court. This is the first nation to withdraw from the body in 15 years. For more than 200 of those years, Burundi was..

Burundi announced that it will leave the international criminal court. This is the first nation to withdraw from the body in 15 years.

For more than 200 of those years, Burundi was an independent kingdom. In the beginning of the 20th century, Germany colonized the region. It was under German rule until the end of World War I when Germany was defeated. The region was conceded to Belgium. Germans and Belgians ruled Burundi and Rwanda as a European colony known as Ruanda-Urundi.

Burundi got its independence in 1962. It has been plagued by tension between the usually-dominant Tutsi minority and the Hutu majority. It is one of the poorest nations in Africa. It has an underdeveloped manufacturing sector and is resource-poor as well. The ethnic violence sparked off in 1994 made Burundi the scene of one of Africa's most intractable conflicts.

The Burundian Civil War was an armed conflict from 1993 to 2006. The civil war was due to ethnic divisions between the Hutu and the Tutsi ethnic groups. In 1993, the country held its first multi-party elections. It sparked off violence that lasted for over a decade. The estimated death toll stands at 300,000 killed. Despite the civil war coming to an end, the nation has struggled to make economic and political progress since. It is considered one of the poorest nations in Africa.

The International Criminal Court is an intergovernmental organization and international tribunal that sits in The Hague in the Netherlands. The ICC has the jurisdiction to prosecute individuals for the international crimes of genocide, crimes against humanity, and war crimes. Currently, there are 124 states which are party to the Rome Statute and therefore members of the ICC. The ICC entered into force in 2002. 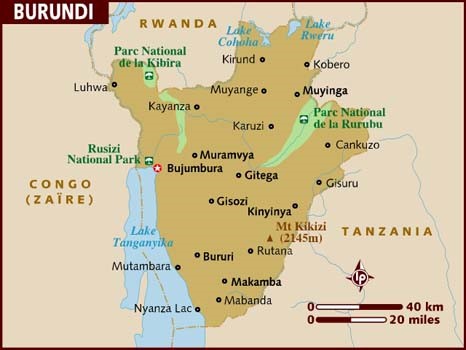 Burundi announced that it will leave the international criminal court. This is the first nation to withdraw from the body in 15 years.

Burundi government has accused the ICC of being a political weapon used by Western nations to continue oppression. “The ICC has shown itself to be a political instrument and weapon used by the west to enslave” other states, said presidential office spokesman Willy Nyamitwe. “This is a great victory for Burundi because it has defended its sovereignty and national pride.” In October 2016, politicians in Burundi overwhelmingly voted in support to withdraw from the international criminal court.

The international community has criticized Burundi of violating human rights in the past. The criticism has increased since violence in the region has gone up. Many note that the violence is related to President, Pierre Nkurunziza, making the decision to pursue a third term. Estimates differ on the lives lost due to the violence, but it ranges between 500 and 2,000. Additionally, nearly 40,000 Burundians have fled the country.

“The decision to withdraw Burundi from the Rome Statute comes at a time when the machine continues to kill with impunity in Burundi,” said Lambert Nigarura, the president of the Burundi Coalition for the ICC. “Today, Burundian justice, as it is so called, has lost contact with life. It has become a mere tool of repression of any dissenting voice,” he added in a statement.

However, ICC officials said a preliminary investigation launched by the prosecutor in April 2016 into possible crimes against humanity in the central African nation would continue. A spokesperson for the ICC said, “Burundi’s withdrawal does not affect the jurisdiction of the court with respect to crimes alleged to have been committed during the time it was a state party, namely up until 27 October 2017.”

There are currently 34 African nations in the ICC. Other countries in the continent have also threatened to leave the ICC in the past. South Africa and Gambia have also stated that they will leave the body but they revered their decisions later. Kenya and Uganda have also made similar threats of leaving the ICC.

Our assessment is that Burundi’s departure from the ICC might trigger other African regions leaving the body as well. This may not bode well for the international community in terms to keeping a check on international criminal behavior and human rights violations.