The Bank of England is preparing for the eventuality that tens of thousands of jobs in the financial sector would be lost as a result of Brexit. According to a report in..

The Bank of England is preparing for the eventuality that tens of thousands of jobs in the financial sector would be lost as a result of Brexit. According to a report in BBC, the financial institution that at least 75,000 jobs could be lost when England leaves European Union.

In June 2016, Britain narrowly voted to leave the EU. The country is currently negotiating with EU officials to draw a roadmap for its exit. The two parties are deliberating on issues like migration, trade and financial responsibilities. UK is set leave EU on 29th April 2019.

Frankfurt is also attracting a number of organizations. US investment bank Morgan Stanley has chosen Frankfurt as it base and companies like Daiwa, Sumitomo Mitsui and Nomura of Japan have expanded their Frankfurt offices.

There has been concern expressed in the UK about how this move will affect the region’s economy. UK’s Chancellor of the Exchequer Philip Hammond admitted in an interview to BBC that businesses were reluctant to make investments in Britain. Experts have also voiced concern over food security in Britain. 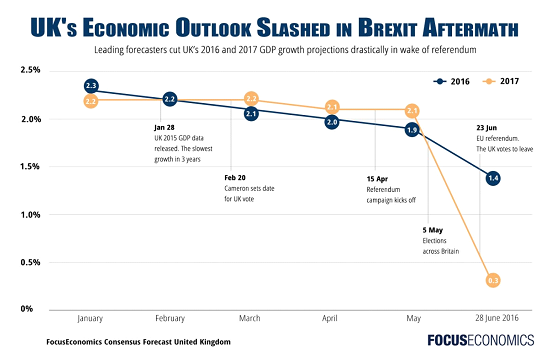 The Bank of England is preparing for the eventuality that tens of thousands of jobs in the financial sector would be lost as a result of Brexit. According to a report in BBC, the financial institution that at least 75,000 jobs could be lost when England leaves European Union.

This is in line with financial bodies like Barclays signaling plans of expanding their operations in the cities like Frankfurt and Paris. “I understand that senior figures at the Bank are using the number as a ‘reasonable scenario’, particularly if there is no specific UK-EU financial services deal,” the BBC’s economics editor Kamal Ahmed has written.

BBC has also noted that Bank of England has asked banks and other financial institutions, such as hedge funds, to provide it with contingency plans. The plans are for what will happen to such sectors in the result of a “hard” Brexit. Up until now, there have been indications that Britain is seeking for a soft Brexit where it will still continue to have an imprint in European trade. However, talks between Britain and the EU have stalled in the recent months. Reports state that the two parties have disagreed over the “divorce” bill. There is also a growing concern that the administration headed by UK Prime Minister Theresa May would not be able to work out a favorable deal for Britain. The government has also has not revealed key details regarding their plans for Brexit. In October 2017, the Brexit department refused to release key details about the 58 secret studies into how leaving the EU will impact the economy. “There is a strong public interest in policy-making associated with our exit from the EU being of the highest quality and conducted in a safe space to allow for design and deliberation to be done in private,” the Department for Exiting the EU (DExEU) said.

Ahmed has also written about a survey regarding the Brexit adding, “A poll of more than 100 finance firms by Reuters suggested the number of job losses would be just below 10,000 in the "few years" following Brexit. I understand the bank believes the 10,000 jobs figure is likely on "day one" of Brexit if there is no deal.”

In January, the chief executive of the London Stock Exchange, Xavier Rolet, said that Brexit could cost the City of London up to 200,000 jobs if the Government fails to provide a clear plan for post-Brexit operations. The Bank of England believes that this number is too high. Even if London were to lose 75,000 jobs as a result of Brexit, the region will still boast over a million working in the financial sector.

Our assessment is that the financial sector would be most affected in the event of a hard Brexit. Banks and institutions with the agenda of expanding across Europe would prefer to have their main base in a country that is still part of the European Union. It is now up to UK negotiators to hammer out a favorable outcome for the region before April 2019 and unless the two parties can agree upon a “divorce bill”, that would be near impossible.