In the Big Leagues

Sparking a significant rally in digital currency prices, ‘Coinbase’ - an American cryptocurrency exchange, has finally marked its Wall Street debut. In doing so, it has broken from the conventional route of Initial Public Offering (IPO) and opted for Direct Listing instead. After being admitted to the Nasdaq stock exchange, the company’s shares started trading at $381, giving it a valuation of nearly $100 billion. Although prices rose to almost $430 during the day, the momentum did not sustain, with the stock eventually closing at $328.28. While such losses may have disillusioned some day traders, the much-touted public listing of Coinbase has been hailed as a watershed moment for the mainstream acceptance of cryptocurrencies worldwide.

Once eschewed as a tool for reckless speculators, it is expected that a seat at the traditional capital markets high table will confer more legitimacy on this hitherto pariah asset class. In fact, interest in crypto has been on the rise, with companies like Tesla, Paypal and Square enabling transactions in Bitcoin. Even Wall Street firms such as Morgan Stanley have offered access to Bitcoin funds for some of their wealthiest clients. Therefore, it is no surprise that the value of cryptocurrencies such as Bitcoin and Ether have been steadily on the rise, with prices reaching record heights on the day of Coinbase’s high-profile public premiere.

THE STORY SO FAR

Established in 2012 by Brian Armstrong and Fred Ehrsam, Coinbase is the world's largest crypto exchange, providing customers with a trading platform to buy and sell different cryptocurrencies. For retail and institutional investors who do not mine assets like Bitcoin, Dogecoin or Ether, this is the platform to secure access to such digital currencies. The company generates its revenue by charging a fee on all transactions conducted on its platform. The objective is to create an open and decentralised financial system, leveraging the power of digital assets that are built using blockchain technology. Today, the platform is estimated to host over 43 million users worldwide.

According to the company’s latest filing with the U.S. Securities and Exchange Commission (SEC), it has also transacted more than $456 billion to date. This user popularity is attributed to high-profit margins, robust cybersecurity measures, and attractive insurance coverage that affords protection against incidents such as platform theft. Now, with its entry into the U.S. stock market, Coinbase has become the first cryptocurrency firm to go public. It remains to be seen whether this paves the way for digital assets to shed their image as ‘fringe investments’. 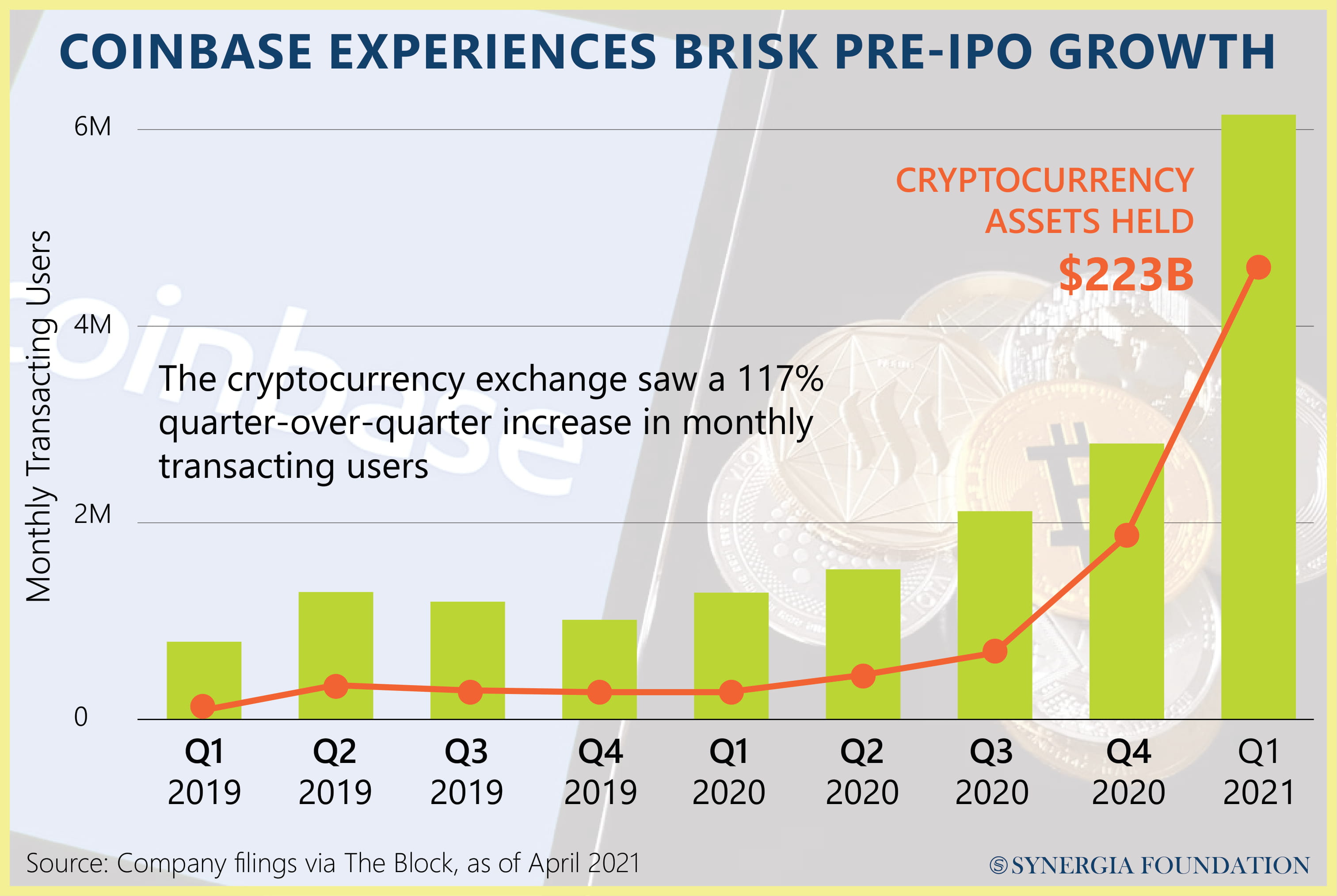 Through its public listing, Coinbase has allowed prospective investors to gain indirect exposure to cryptocurrencies. Given that its revenues are primarily reliant on trading volumes, it is perceived to be less volatile security than bitcoin and other digital assets. As a result, new traders looking to capitalise on the rising crypto economy are encouraged to take their first steps in this market. Those who are understandably wary of purchasing digital currencies, whose prices are subject to ‘cycles of boom and bust’, can now diversify their risks and own stock in an SEC-approved business.

Trading on the U.S. stock market entails audited financials, disclosures as well as enhanced regulatory scrutiny. These stipulations are expected to increase transparency and trigger a palpable change in the markets’ perception of cryptocurrencies as well as the environment they operate in. Some analysts have even expressed the hope that the listing of Coinbase will boost the credibility of crypto trading among governments that have historically pushed back against it in countries such as India.

Detractors, however, point out that the market launch of Coinbase represents a significant shift away from the original promise of cryptocurrencies. As can be recalled, digital asset groups such as Bitcoin had been envisioned as instruments of a decentralised financial system, putting the public back in control of their money. Now, by joining a market with centralised gatekeepers, it is believed that Coinbase has undercut the very purpose of instituting a blockchain-based cryptocurrency mechanism.

Furthermore, it will not be easy for the company to completely discard its label as a ‘speculative’ and ‘volatile’ asset despite its public listing. This is because its transaction revenues are dependent on the broader crypto economy, which is notoriously unpredictable and subject to violent market gyrations. The underlying value of cryptocurrencies continues to be dictated by what investors are willing to pay for it, as opposed to their utility as payment methods among businesses and consumers. 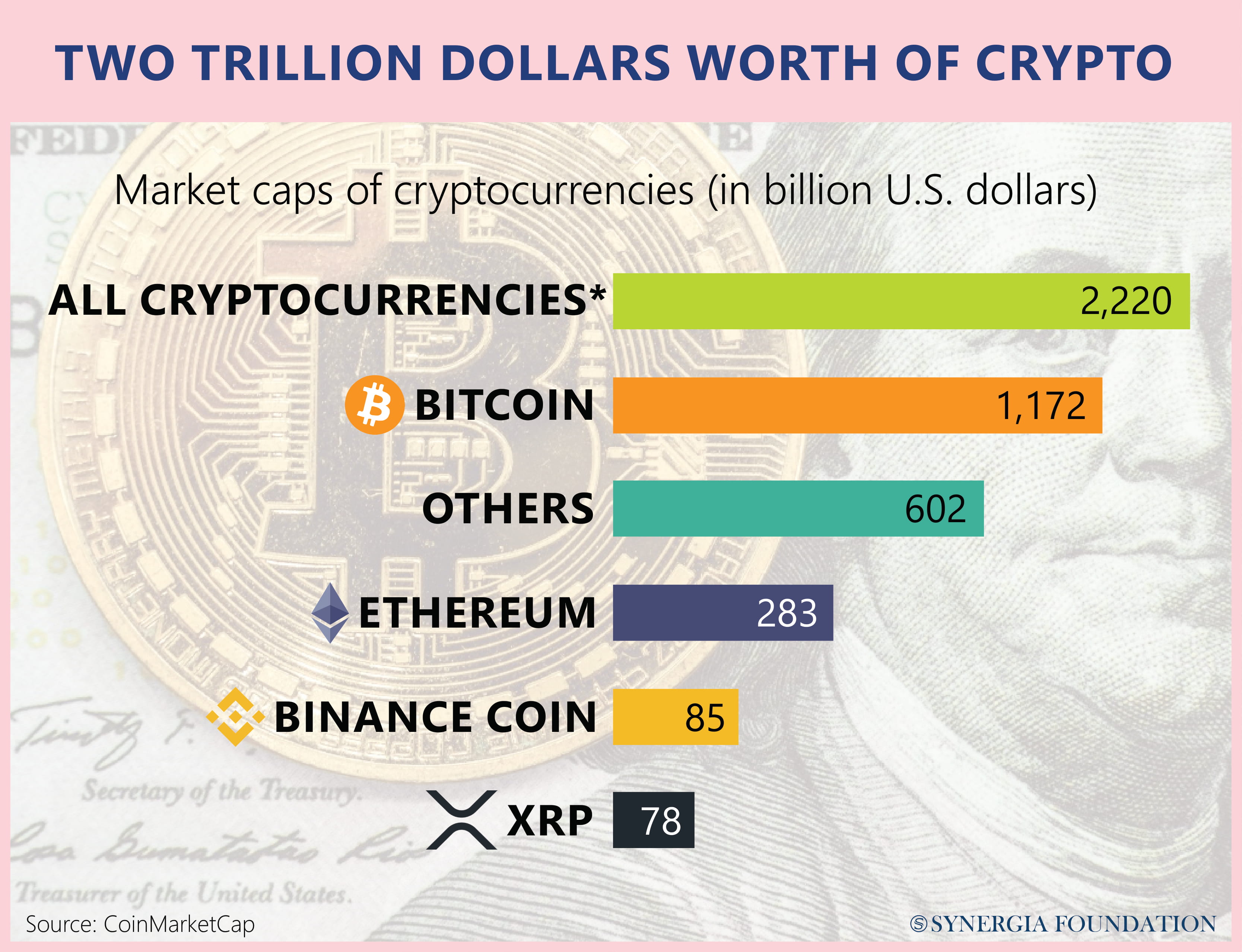 Therefore, to truly legitimise and invigorate the crypto economy, Coinbase users would have to be willing to use Coinbase Wallet as their primary method of buying and selling cryptocurrencies. Concurrently, crypto-assets themselves would have to emerge as a credible medium of transaction to rival fiat currency.

In other words, there is a need to demonstrate that there are potential use-cases in the realm of financial payments, which blockchain-based solutions like Bitcoin can only address. If that is not achieved, consumers would be reluctant to migrate to wallets that are part of a parallel crypto-dependant financial ecosystem. This, in turn, would reduce trading interest or investor confidence in stocks such as Coinbase.