Massive anti-smog campaign pays off as clear skies to appear over the capital city. China experienced a series of economic reforms in the 1980s which opened up the economy and ramped up growth. For over three decades, China grew at break-neck speed, raising millions out of poverty and creating a resource-driven economy...

Massive anti-smog campaign pays off as clear skies to appear over the capital city.

China experienced a series of economic reforms in the 1980s which opened up the economy and ramped up growth. For over three decades, China grew at break-neck speed, raising millions out of poverty and creating a resource-driven economy.

However, China’s long march to prosperity came at the cost of cheap resources and large-scale environmental degradation. Rivers, forests and the sky were polluted by China’s massive factories and no significant policy measure was taken until this decade to combat the adverse impact of economic growth.

China’s rapid industrialization and subsequent environmental degradation since the 1980s left an adverse impact on its capital city region. Beijing and its surrounding region have experienced severe smog over the summers since the “smog-pocalypse” of 2013, which nearly rendered the air unbreathable. 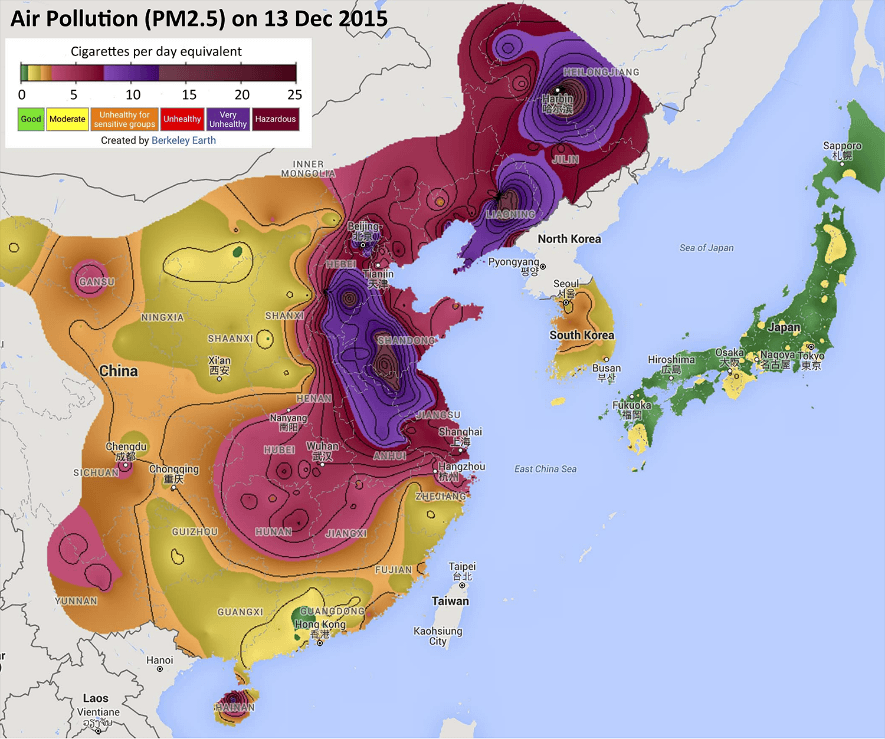 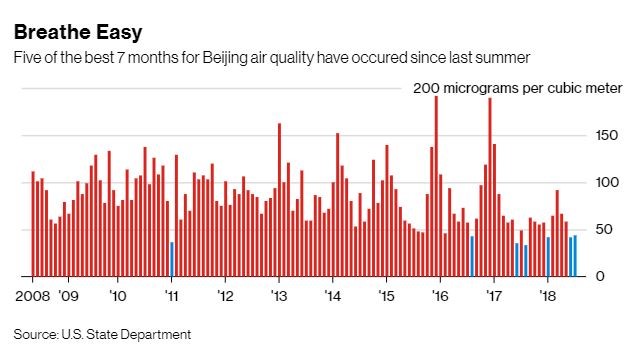 Beijing residents have been breathing some of the cleanest air in a decade as they begin to reap the benefits of China’s anti-smog push.

Of the seven lowest monthly pollution readings in the capital city since 2008, five have been recorded since the beginning of last summer, according to data gathered by the U.S. Embassy in Beijing.

The improved air quality underscores how rapidly China is attacking the smog problem that created Beijing’s “airpocalypse” in 2013 when the tiny particles peaked at 35 times the World Health Organization’s recommended limit.

President Xi Jinping made fighting air pollution one of the country’s main priorities. Millions of northern businesses and families were forced to switch from coal to cleaner-burning natural gas for industrial power and home heating.

According to Jiang Kejun, a researcher at the Energy Research Institute under China’s National Development & Reform Commission, China can fight smog and pollution more effectively than 19th century London. He largely credits China’s advanced technology which enables Beijing in curbing pollution at a faster rate.

“China has made a very clear pledge to ‘bring back the blue skies,’” said Sydney-based Tim Buckley, director of energy finance studies at the Institute for Energy Economics and Financial Analysis. “Hardly a week goes by when China doesn’t bring in a new regulation or policy to further this commitment.”

The rest of the world is paying for Beijing’s cleaner air. China’s skyrocketing gas use has made it the world’s top importer of the fuel and has helped raise global liquefied natural gas prices last winter to the highest since 2014.

Production cuts and capacity curbs to reduce pollution from steel mills have helped rebar futures rebound to the highest price since 2013.

But there’s still a long way to go and the cost to shift the country’s energy mix to cleaner fuels is rising.

China is seeking to lower the amount of energy it gets from coal to 58 per cent by 2020 from about 60 per cent now through substituting natural gas for home heating and industrial boilers and nuclear reactors for coal power plants, Jefferies Group LLC analyst Laban Yu said in a research note last month.

Retaliatory tariffs prompted by U.S. President Donald Trump may boost energy import costs. Chinese policymakers have now taken aim at U.S. LNG imports, including them on a list of goods that could be hit with a 25 per cent duty, signalling Xi may be willing to suffer some pain to avoid backing down from Trump’s escalating trade dispute.

Our assessment is that Beijing’s success in battling smog is a clear indication of China’s drive against environmental pollution. We feel their efforts to counter smog, along with their investments in renewable energy stand in stark contrast to the US’s withdrawal from the Paris Agreement. We believe that the large-scale implementation of indigenously developed technology has helped Beijing fight the smog. We also feel that Beijing’s model to fight air pollution will be replicated in other Chinese cities fighting smog, with an emphasis on greater efficiency.