In order to resolve the ongoing US investigation into the Libor scandal, Deutsche Bank has agreed to pay $220m (£150m). Deutsche Bank AG is a German banking..

In order to resolve the ongoing US investigation into the Libor scandal, Deutsche Bank has agreed to pay $220m (£150m).

Deutsche Bank AG is a German banking and financial services company with over 100,000 employees from across the world. The bank has a presence in over 70 countries with a large footprint especially in Europe and the Americas as well as emerging markets like India. It was founded in 1870 as a specialist bank for foreign trade.

The London Interbank Offered Rate is the average of interest rates estimated by each of the leading banks in London that it would be charged were it to borrow from other banks. Libor rates are calculated for five currencies and seven borrowing periods ranging from overnight to one year. These rates are published on a daily basis by Thomson Reuters.

In 2012, reports emerged that banks were falsely inflating or deflating their rates so as to profit from trades, or to give the impression that they were more creditworthy than they were. It was revealed that Barclays Bank had committed significant fraud connected to the rate submissions. A number of member banks were also connected to the scandal. A former trader also noted that this had been going on till 1991. When the news became public, Barclay’s chief executive Bob Diamond resigned.

Royal Bank of Scotland, HSBC, Deutsche Bank, JP Morgan Bank, and Citibank have been embroiled in the scandal. In 2015, Deutsche has paid out £227m to the UK’s Financial Conduct Authority, $775m to the US Department of Justice, $800m to the Commodity Futures Trading Commission and $600m to the New York Department of Financial Services. 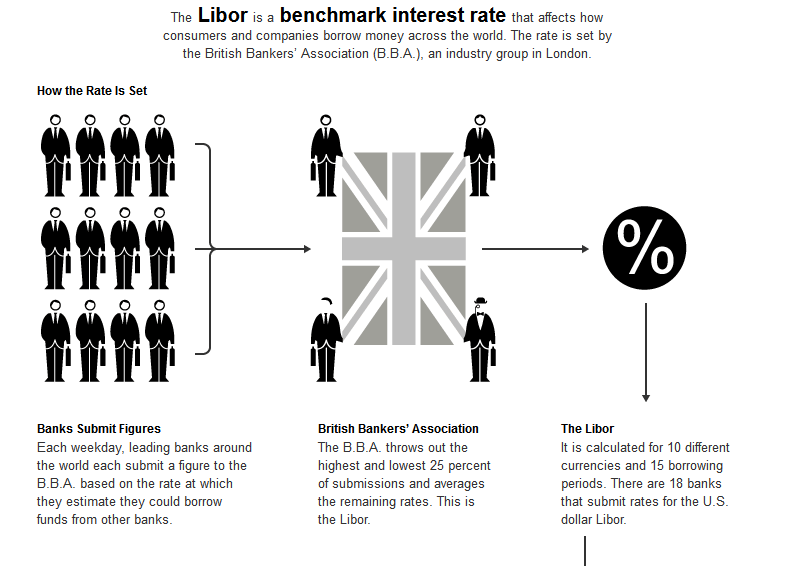 In order to resolve the ongoing US investigation into the Libor scandal, Deutsche Bank has agreed to pay $220m (£150m). This is in addition to the other settlements it has made in the recent years connected to the manipulation of interest rates.

Attorneys in New York and California have been heading a long-term investigation looking into interest rate rigging on behalf of 45 states in America. The investigators concluded that Deutsche Bank had defrauded government bodies and charities.

“We will not tolerate fraudulent, manipulative or collusive conduct that interferes with or undermines confidence in our financial markets. Large financial institutions, like all other market participants, have to abide by the rules,” said Attorney General Schneiderman. “As a result of Deutsche Bank’s misconduct, government entities and not-for-profits were defrauded of funds that otherwise could have been used to benefit New Yorkers.”

“This settlement resolves the bank’s final pending US regulatory inquiry related to Libor,” Deutsche said, in a statement.

The investigation may have ended for Deutsche Bank, but there are still several others banks that are under scrutiny for similar charges. The attorney-general’s office has not however provided further details on which of the 16 banks which made US dollar Libor submissions were still under the microscope.

In the statement released by Schneiderman, more details of the settlement have been provided. It reads, “According to the terms of the settlement, those entities with LIBOR-linked swaps and other investment contracts with Deutsche Bank will be notified if they are eligible to receive a distribution from a settlement fund of $213,350,000. The balance of the settlement payment will be used for the expenses of the investigation and for other uses consistent with state laws.”

Our assessment is that financial institutions have time and again resorted to unethical and illegal practices driven by bottom line revenues. The Libor scandal is yet another indication of how such organizations work. In fact, the unethical practices employed by financial regulators and banks has been blamed for the 2008 Financial Crisis. There are questions that remain to be answered.