Anti-government protests have continued to take place across Iran for the fourth day. This has been called as the biggest domestic challenge for the leaders in Tehran since similar protests took place..

Anti-government protests have continued to take place across Iran for the fourth day. This has been called as the biggest domestic challenge for the leaders in Tehran since similar protests took place in 2009.

There have been reports of at least two deaths in the ensuing violence.

Iran is the second-largest country in the Middle East. Iran, previously known as Persia, is part of one of the world’s oldest civilizations. The Achaemenid Empire in the sixth century BC, was at the time one of the largest empires in the world. In 1906, a constitutional monarchy was instated in the country and nation’s first legislature was formed. However, this was short-lived and the region became the Islamic republic in 1979, after a revolution overthrew the monarchy and clerics assumed political control under supreme leader Ayatollah Khomeini. Iran’s Islamic Revolutionary Guard Corps (IRGC) is a branch of Iran's Armed Forces founded after 1979 Revolution.

Modern day Iran is considered one of the most oppressive regimes in the world. The government of Iran has been criticized both for restrictions and punishments that follow the Islamic Republic's constitution and law. In 2016, the United Nations General Assembly approved a resolution expressing “serious concern” about Iran’s high rate of executions without legal safeguards, ongoing use of torture, widespread arbitrary detentions, sharp limits on freedom of assembly, expression, and religious belief, and continuing discrimination against women and ethnic and religious minorities, including Baha’is.

After the disputed victory by Iranian President Mahmoud Ahmadinejad in the 2009 elections, protests erupted in support of opposition candidates Mir-Hossein Mousavi and Mehdi Karroubi, occurred in major cities nationwide from 2009 into early 2010. Protests once again took place between 2011 and 2012. On 14th February, the demonstrations began and it was dubbed the “the Day of Rage.” In all cases, reports emerged of the government enforcing a strict crackdown on dissidents and protestors. 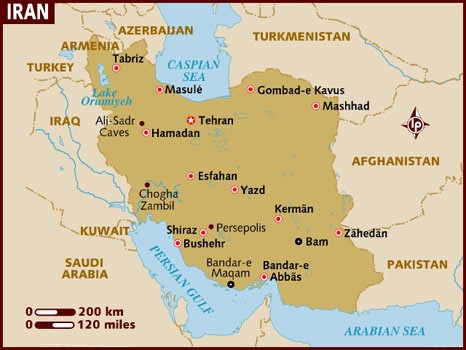 The protests in Iran erupted on 28 December 2017. Several crowds were seen protesting across Iran, including in Mashhad, the second most populous city. In addition, hundreds came to protest against the current regime in the country’s capital city of Tehran. The protests have now entered the fourth day as the moment against the current regime in Tehran continues to build up domestically. There have been reports of at least two deaths in the ensuing violence.

Despite economic reforms, the unemployment rate in Iran is still high and there has been growing discontent due to rising prices of commodities including food items. In the midst of the protests, the government has threatened a crackdown. It has also threatened to block social media apps allegedly used to incite unrest. The heavy presence of Iranian guards and security forces, people have continued to protest.

“Death to Khamenei” chants, calling for the demise of the country’s supreme leader, Ayatollah Ali Khamenei, featured in many demonstrations. Rouhani, urging the nation to be vigilant, acknowledged that people were unhappy about the state of economy, corruption and a lack of transparency. “People are allowed under the constitution to criticise or even protest but […] in a way that at the end they lead to a better situation in the country for the people,” he said.

One of the protestors identified as only “Ali” spoke to Guardian noting, “Everyone is fed up with the situation, from the young to the old. Every year thousands of students graduate, but there are no jobs for them. Fathers are also exhausted because they don’t earn enough to provide for their family.”

Youth unemployment stands at about 40%. According to estimates, more than 3 million Iranians are jobless. In addition, the prices of some basic food items, such as poultry and eggs, have recently soared by almost half.

Our assessment is that it was the high unemployment rate as well as economic distress suffered by millions of Iranians spurred the protests. However, this situation is not unique to Iran and there are lessons to be learnt by other governments across the world including China & India with information becoming seamless, people in most developing countries aspire to have better standards of living. We will incresingly see more protest in countries around the world.

The economic growth in India suffered in 2017 due to the roll out of GST and the consequences of demonetisation. A UN report has also stated that the unemployment rate in India would increase marginally between 2017 and 2018. In addition, the prices of commodities like petrol and diesel is likely to further increase. Economic measures should focus both on helping large enterprises create wealth-jobs and also ensure that there is a significant increase in the quality of life of the average person.