Another India-China stand off?

China has registered “strong dissatisfaction” with India after an Indian drone crashed in Chinese territory. The Indian Army has responded by noting that Indian soldiers..

China has registered “strong dissatisfaction” with India after an Indian drone crashed in Chinese territory. The Indian Army has responded by noting that Indian soldiers had alerted their Chinese counterparts over the malfunctioning drone and had followed protocol.

This incident could cause more friction along disputed border between the two countries.

India’s contemporary relationship with China began in 1950. Between 1960 and 1987, India and China have been involved in three major military conflicts. A bilateral relationship has since been established but both nations have often been pitted against one another as they are two of the fastest growing economies in the world. The two countries have never completely resolved their border problems and Chinese troops have reportedly infringed upon the Indian Territory over the years.

In June 2017, a skirmish broke out between Indian and Chinese troops at the Doklam plateau. Indian soldiers had intervened the construction work being conducted by China in the region. The area is a disputed territory between Bhutan (an Indian ally) and China. For nearly three months both nations were engaged in a military stand-off. Another scuffle between Indian and Chinese troops broke out in August 2017. The two sides took to throwing stones at one another at Pangong Lake in Ladakh. Reportedly 15 Chinese soldiers had crossed into Indian territory and did not turn back despite repeated warnings.

In 2017, China’s Senior Colonel Wu Qian of the PLA and Defence Ministry warned, “We remind India to draw lessons from the stand-off, abide by established treaties and the basic principles of international law, and work together with China to safeguard peace and stability along the border and promote the healthy development of the two militaries.” 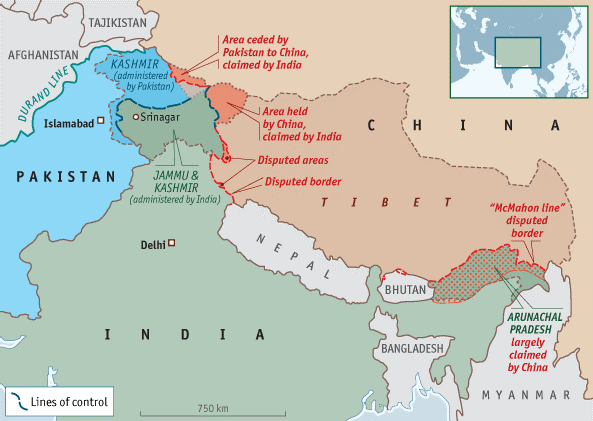 The Indian army has meanwhile noted that protocol was followed over the malfunctioning drone. "An Indian UAV, which was on a regular training mission inside the Indian territory, lost contact with the ground control due to some technical problem and crossed over the LAC (Line of Actual Control) in the Sikkim Sector," the army said.

"As per standard protocol, the Indian border security personnel immediately alerted their Chinese counterparts to locate the UAV. In response, the Chinese side reverted with the location details of the UAV. The exact cause of the incident is under investigation. The matter is being dealt with in accordance with the established protocols through institutional mechanisms to deal with situations along the India- China border areas," the statement added.

China has however announced that India has “violated” China’s territorial sovereignty and have expressed dissatisfaction. “This action by India violated China’s territorial sovereignty. We express strong dissatisfaction and opposition,” Zhang Shuili, a military official in China’s western battle zone command, was quoted as saying in a ministry statement.

“China’s border defence forces took a professional and responsible attitude in conducting an inspection of the device,” Zhang said, adding that the military would “resolutely defend” China’s sovereignty and security.

The unmanned aerial vehicle was reportedly on a training mission. The Indian army has claimed that the drone malfunctions and developed technical problems. It could not be controlled and crossed over the line of actual control that separates the two nations and their militaries.

Our assessment is that the Doklam stand-off has created further tensions between India and China. China has maintained that India’s actions have “violated” its sovereignty. China has repeatedly sounded the alarm over developments in India in the recent months. In November, Beijing criticised a visit by Indian President Ram Nath Kovind to the remote state of Arunachal Pradesh, which China claims. An accident, such as a technical malfunction can spark another stand-off and severely dent India-Sino relations.