Abe weighed down by scandal

The cronyism scandal surrounding Japanese Prime Minister Shinzo Abe has worsened over the recent days. The Japanese Finance Ministry has admitted to having..

The cronyism scandal surrounding Japanese Prime Minister Shinzo Abe has worsened over the recent days. The Japanese Finance Ministry has admitted to having falsified data regarding the controversial sale of a plot of land.

The Prime Minister, who has been accused of corruption and favoritism, has hit back at his critics stating that he was not involved in the falsification of the documents and blamed staff within the ministry.

Shinzo Abe was born into a prominent family and both his father and grandfather were politicians. He served as a Member of the Parliament in Japan from 1993 to 2006. On 26th September 2006, he was elected as Prime Minister. At 52, he was then the youngest PM in Japan’s history since Fumimaro Konoe in 1941. His first term was cut short when he abruptly resigned from his position in 2007. At that time, two ministers in his cabinet stepped down as a result of different scandals. However, Abe said it wasn’t scandal but an illness that led to his resignation. In 2012, he was sworn in as Prime Minister for a second term.

During his second term, Abe enjoyed a reputation as a steadying hand in government. His political party, Liberal Democratic Party (LDP), even changed its rules to allow him to stand for elections for a third time. However, in 2017, he and his party have been bogged down by multiple scandals. In one of the controversies, Abe stands accused of intervening on behalf of his friend Kotaro Kake, to gain approval to open a veterinary school in western Japan. Additionally, Japan’s Defense Minister, Tomomi Inada, has resigned from the cabinet over allegations of a cover-up.

In 2017, two national scandals unfolded that threatened Abe’s leadership. The first one revolved around a kindergarten school. Moritomo Gakuen group had supposedly purchased land to build the school at just one-seventh of the appraised value. Yasunori Kagoike, President of the Moritomo Gakuen group testified that had handed an envelope containing 1m yen (£7,100) and had said it was from Abe. The government has denied that claim. The second scandal was larger in scale. Abe stood accused of intervening on behalf of his friend Kotaro Kake, to gain approval to open a veterinary school in western Japan. 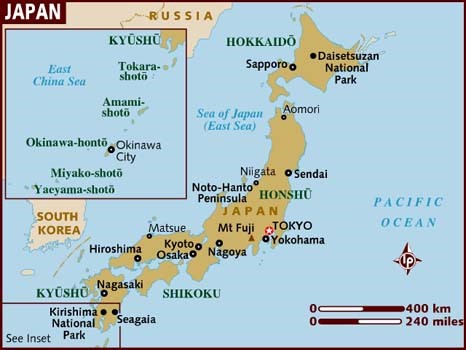 In 2017, Abe embroiled in scandal called for snap elections in Japan, which he won by a comfortable margin. However, the fallout from the initial scandals have continued to grow in the last few months. Critics have accused Abe of alleged favoritism and a cover up of the scandal (the one involving purchase of land for schools).

The scandal was brought once again into the forefront when the finance ministry admitted to having made 14 alterations in documents submitted to parliament relating to the sale. The Japanese Prime Minister has since hit back at his critics and said that he never ordered for the changes that were made and has blamed the staff instead. "I have never ordered changes," he said. The Prime Minister’s wife has also been implicated in the case as she was given an honorary position in the school. She later resigned from the post.

He has also apologized noting that he "keenly felt" responsibility over the scandal that has "shaken people's confidence in government administration." Meanwhile, public support for Abe and his cabinet has plummeted since the Ministry admitted to alterations. A poll by Japanese daily The Mainichi noted that public support for Abe has “plummeted 12 points to 33 percent in less than a month”. Additionally, the newspaper also stated that “47 percent of respondents said they did not support the Cabinet.”

Our assessment is that despite having regained his footing towards the end of 2017, Abe has once again lost the faith of the majority of the public. It remains to be seen if this might result in his resignation. The scandal has certainly diminished his chances for getting re-elected for the next term.