In 1949, the losers of the Chinese Civil War (Chiang Kai-Shek), had fled to Taiwan and established the Republic of China (ROC); and supported by foreign governments, claimed to be the government-in-exile from mainland China. In 1971, then U.S. Secretary of State Henry Kissinger conducted negotiations with the Chinese Premier Zhou Enlai. The People’s Republic of China (PRC) had a firm agenda; the U.S. would have to recognize the government of Beijing, NOT Taipei, as legitimate China, and the ROC had to be expelled from the UN. Kissinger agreed, and a year later, President Richard Nixon delivered on those terms.

The U.S. policy of strategic ambiguity (with PRC & ROC) has existed since then. This creatively crafted policy enabled the U.S. to still support the ROC and sell arms to the renegade nation, even as the PRC would replace the ROC as a permanent member of the UNSC. However, there were three Red Lines as well. The U.S. would NOT recognize the ROC as a sovereign independent country, the ROC would NOT declare Independence, and the PRC, committed to peaceful reunification, would NOT invade Taiwan. The PRC justified this ambiguity to its people, reaffirming commitment to the ‘One-China’ Policy (one-China two systems) and promising an ultimate reunification with Taiwan.

This policy of strategic ambiguity, which has guided the US-China foreign policy for 72 years (since 1949), has opened both Chinas to world markets, and all three parties (PRC, ROC and U.S.) have drawn considerable economic benefit from it. The PRC, in particular, has grown from an under-developed and poor country to become one of the richest countries in the world, with substantial military powers.

Since 1949, there have been at least three major crisis situations, wherein the U.S. and PRC faced the prospect of armed conflict over Taiwan. In 1996, the PRC was intimidated by Taiwan’s President Lee Teng-hui and his election campaign, which challenged the ‘One-China’ Policy. At the height of the crisis, with PRC firing ballistic missiles over Taipei and into Taiwan waters, President Bill Clinton had ordered two U.S. carrier groups into the Straits of Taiwan. At that point in time, the PRC had little choice but to allow the situation to defuse. Today, the reality in Taiwan Straits has fundamentally changed. On the one hand, PRC has far more formidable military forces and considerably more economic clout. On the other hand, the U.S. is a declining power, with serious credibility issues towards former allies and interests (Afghanistan, Iraq, Syria). In this context, will the PLA use its air, missile and naval capacities to launch an amphibious operation across the Taiwan Straits?

Cost of an Invasion

Though Taiwan includes several islands, the main island of Taiwan, on which the capital city of Taipei is located, comprises 99% of its area (36,176 sq. Km.) and the majority of its 23M population. Taiwan is located 128 Km from the coast of South-East China and separated by the Straits of Taiwan. Militarily, the PLA could conduct an amphibious operation across the straits, preceded with missile, air force and naval attacks to subdue ROC armed forces.

Militarily, the PLA could conduct an amphibious operation across the straits, preceded with missile, air force and naval attacks to subdue ROC armed forces.

Even if ROC armed forces were NOT to offer resistance, it would thereafter be extremely challenging to contain popular dissent from the 23M residents in urban Taiwan.

It is unlikely that U.S., Japan, Australia and the UK will launch military operations to protect the independence of Taiwan. However, there could be near-unanimous condemnation for the PLA aggression by the world community. As the PRC is a permanent member of the UN Security Council, UN sanctions are unlikely; however, non-UN trade sanctions and even a ban on Chinese shipping to overseas ports is probable.

The PRC had formally acquired Hong Kong (7.5M) from UK, in 1997. More than two decades later, the metropolis still reels from popular protests against the PRC-supported representative government. The economic impact of these protests has belied expectations from the otherwise promising international financial capital. Other port cities like Shenzhen, Guangzhou, Singapore, and Kuala Lumpur have gained at Hong Kong’s expense. At this juncture, PRC’s strategic planners are likely to prefer refraining from opening yet another, and potentially much larger, popular movement of dissent. The international condemnation that the PRC would invite could also have an adverse and long-term impact on the BRI and PRC’s exports-focused economy. The downsides from an invasion of Taiwan appear to far outweigh possible gains from attempting to subdue the belligerent territory, at least, at this point in time.

Admiral Davidson’s remarks to the Senate Armed Services Committee, which sparked fears of an imminent PRC assault on Taiwan, were professional reflections of new realities on China’s Eastern seaboard. It grimly acknowledges to the Taiwanese people; the U.S. may no longer be able to prevent a PLA assault on Taiwan.

If the U.S. cannot protect Taiwan, what is the next best thing it can do? It can help Taiwan to protect itself by improving its defence capacities. Estimates suggest that since 2015, Uncle Sam has sold US$ 23B worth of arms to Taiwan. In fact, selling arms to Taiwan has been a cornerstone of U.S. policy for successive Presidents (both Democrat & Republican), from Jimmy Carter (1977-81) to Donald Trump (2017-21). Currently, the U.S. State Department has approved the sale of 40, 155mm M109-A6 Medium SP Howitzer Artillery systems manufactured by BAE Systems for a sum of US$ 750M. Also under consideration for sale to Taiwan are 66 F-16 Block 70 fighter aircraft manufactured by Lockheed Martin, estimated at US$ 2.4B. Besides BAE Systems and Lockheed Martin, Boeing Co. and Raytheon Tech. Corp. have also been beneficiaries of arms sales to Taiwan. 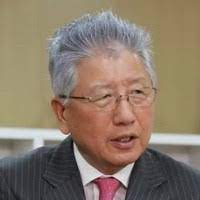 Jung, Ku-Hyun is an Emeritus Professor at Yonsei University. He is also the former President of Samsung Economic Research Institute and the Seoul Forum for International Affairs.

“A war in the Straits, at least in the next few years, is not likely. The risk is too high for China and Xi is not that desperate. At the moment, there are no great obstacles for Xi Jinping to secure the third five-year term for his position. There does not seem to be effective opposition groups to his power extension in China. Any disorder or serious situation in the Taiwanese Straits will hinder his move to the third term.

In the unlikely event of a Taiwan War, both Koreas will be just watching and sitting tight. Despite the wish and demand of the U.S. and possibly Japan, South Korea will try not to intervene or provide military assistance, and North Korea does not have resources to help China. China does not need the assistance of North Korea, anyway.  However, the U.S. troops in South Korea could be mobilized together with other U.S. forces in the Western Pacific, including Japan. The most damaging outcome of China's invasion of Taiwan will be the beginning of the New Cold War, with China, Russia, Pakistan and Iran on one side and most other nations on the other. It will be devastating to the world economy, and crushing to the Chinese economy and also to the East Asian value chain. The global economy will be forced to restructure its value chain, and it will take a decade for a new world order to emerge. The Chinese economy will enter a serious recession and low growth for a long time.  Xi will end up digging his own grave by invading Taiwan.”

The View From China

A foreign policy expert in China has shared his views on the Taiwan ‘reunification’ issue, under conditions of anonymity.

“Reunification of the Province of Taiwan with China is a matter of national honour.  It does not matter which party is in charge of China, any Chinese Government will support and work towards reunification. I hope the process of Chinese reunification can be as peaceful as possible, and that Taiwan is wise enough not to play into the hands of those who want to goad China into firing the first shot.  If there is a war, Taiwan will be the biggest loser.  Peaceful reunification is a win-win not only for China and Taiwan but also for the rest of the world.” 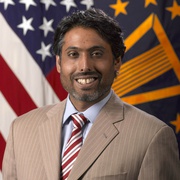 Vikram Singh is a Senior Advisor for Asia at the United States Institute of Peace. He has previously served as a Deputy Assistant Secretary of Defense for South and Southeast Asia with the U.S. government.

Not today. President Xi cannot make a decision so consequential - and potentially catastrophic - without significant planning and preparation.  Xi seeks to lock-in his leadership beyond the traditional two terms at the 20th Party Congress in late 2022.  He probably wants smooth seas and uncontested control along his path to being President for Life.For the United States and other Indo-Pacific powers, including India, prevention is key. Assuming President Xi extends his reign, strong alliances and partnerships with cutting-edge military and technological capabilities will ensure Beijing remains uncertain about the risks of an invasion of Taiwan. The same goes for overplaying China’s hand along the Line of Actual Control with India or in the South China Sea. Without credible and unified regional powers standing firm on norms of behavior, China will be tempted to unilaterally change the status quo in many areas over the next 10 years. China can be deterred from the worst of its possible courses of action if Chinese leaders believe certain moves could spark a dangerous backlash and possible escalation. Adequate uncertainty will help ensure that every time Chinese leaders consider a cross-strait invasion or another major act of military aggression, they decide, "Not today”.