The dispute is between six maritime nations, who share shorelines with the South China Sea. The conflict is over territorial claims and economic zone rights. The six nations are Peoples Republic of China (PRC) and Republic of China (ROC-Taiwan) to the North, Malaysia and Brunei to the South, Vietnam to the West and Philippines to the East.

What is the South China Sea Dispute?

The dispute is between six maritime nations, who share shorelines with the South China Sea. The conflict is over territorial claims and economic zone rights. The six nations are Peoples Republic of China (PRC) and Republic of China (ROC-Taiwan) to the North, Malaysia and Brunei to the South, Vietnam to the West and Philippines to the East. There are two main islands groups in the center of the controversy; namely, the Paracel Islands and the Spratly Islands including the Scarborough Shoal. 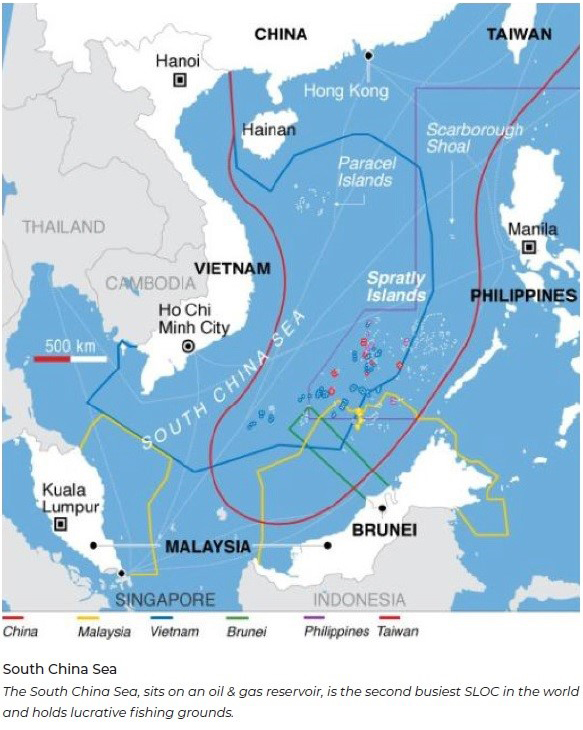 In July 2016, the International Court of Justice (ICJ), at the Hague, determined that under the UNCLOS (UN Conference on Laws of the Seas), China had no historical rights over the sea and that claims over the islands, by several nations had little standing in international law. The PRC and Taiwan have rejected the ruling stating that it (the ruling) was ‘not binding’ and that the dispute should be resolved through bilateral negotiations.

What is the History of the Dispute?

Paracel Islands. The Paracel archipelago comprises about 130 islands, having no indigenous population. It lies to the NE of the South China Sea, approximately equidistant from both Vietnam and China. Prior to the 2nd World War, the Empire of Japan had claimed and occupied the islands of the South China Sea. After the 2nd World War, ROC (Taiwan) accepted the surrender of the Japanese, including Taiwan with Paracel and Spratly Islands. While a Chinese (ROC) military garrison was established on Woody Island, the French established a garrison on Pattle island. After 1950, when the government of ROC was replaced by the PRC, PLA soldiers occupied the Paracel Islands. In 1974, South Vietnam attempted, to occupy Woody Island. However, PLA troops repulsed the attempt and even evicted the French garrison, at Pattle Island. To date, PRC continues to exercise physical control over the Paracel Islands. Vietnam, however, also stakes claim to the Islands. 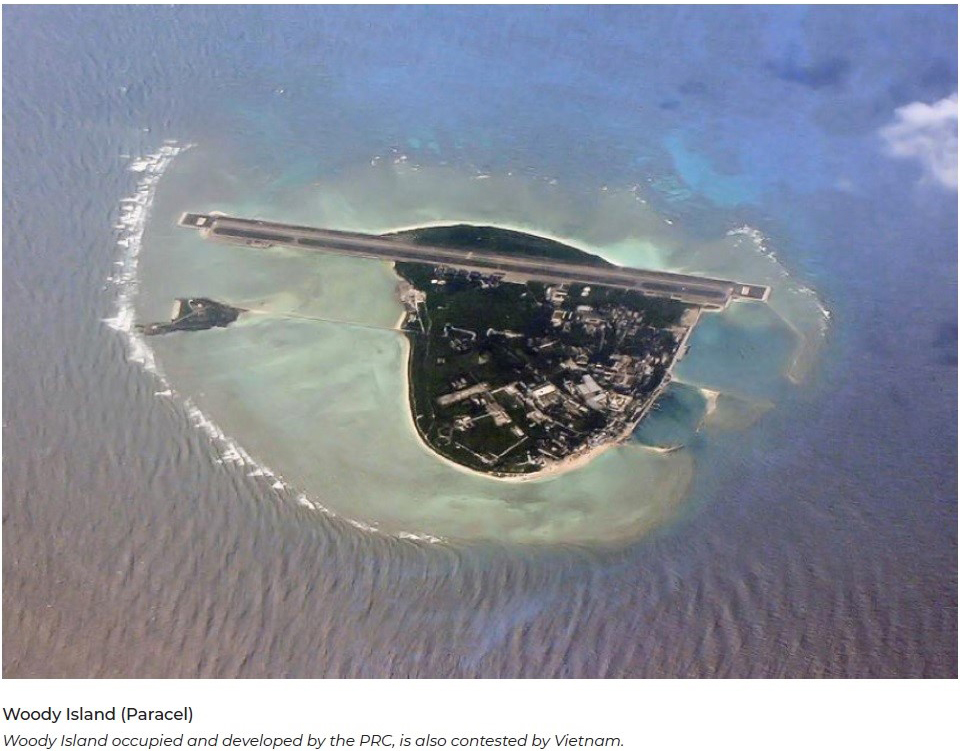 The Spratly Islands also have no indigenous people and comprise more than hundred structures including 18 islands, six banks and several submerged reefs, banks and shoals. It is located in the center of the South China Sea, equidistant from Malaysia, Vietnam and Philippines. The main island is Taiping and was used by the Japanese as a submarine base, during World War-2. After the war, Taiping was occupied by ROC and it continues to be occupied by Taiwan, even today. Approximately, 45 island structures are occupied by military garrisons of contesting nations. Currently, Vietnam has occupied 29, Philippines – 8, Malaysia – 5, PRC – 5 and Taiwan – 1 (Taiping). In 2015, PRC completed a naval-air base at Fiery Cross. 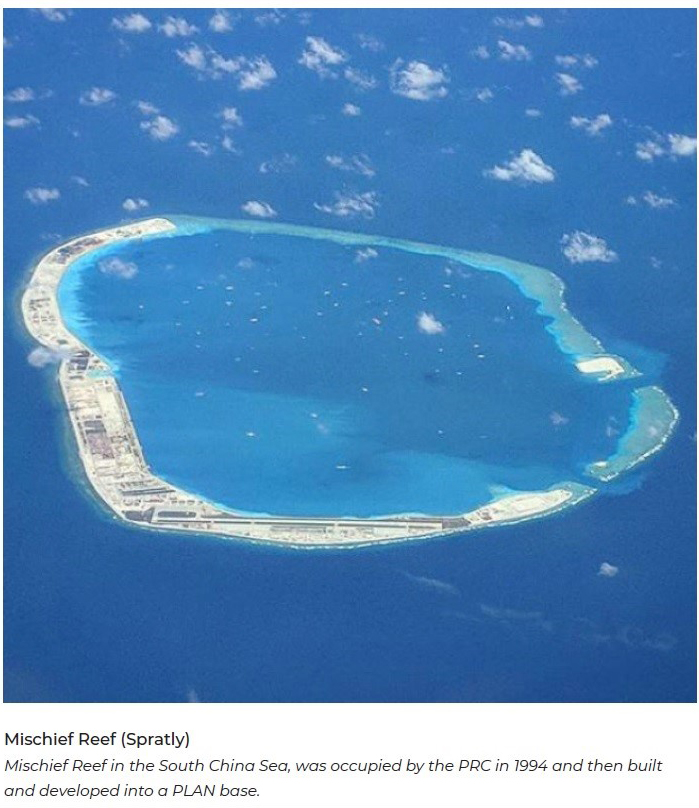 In 2012, Chinese warships engaged the Philippines armed forces, on Scarborough Shoal and evicted their garrison. Philippines has a Mutual Defence Treaty with the US and it was widely expected that the superpower would intervene on Philippines’ behalf. However, the US only resorted to verbal condemnation of Chinese actions, straining both US – Philippines and PRC - Philippines relations. Philippines took PRC to the ICJ, and though they did obtain a favorable ruling, they have received little justice in the matter. The incident serves to reinforce the reality of Chinese expansionist intentions, in the South China Sea.

Why are the Islands and South China Sea Important?

The South China Sea is estimated to be rich in Oil and Gas deposits. Though estimates vary, a Chinese estimate suggests the reserve bed, could be the fourth largest in the world. In 1976, Philippines started oil production from the proximity of Palawan Island (Spratly). In recent years, PRC, Vietnam and Philippines have entered into contracts with US and Chinese oil exploration companies, for off-shore survey activities. This has aggravated the conflict, with both China and Vietnam demanding that the other, cancel the contracts.

As a maritime sea lane of communication (SLOC), the South China Sea, is the second busiest in the world. The commercial thoroughfare, accounts for a third of world trade estimated at US$ 3.4 Trillion. 80% of PRC’s oil imports are brought through the South China Sea, involving 25% of the world’s super tankers!

The South China Sea is also estimated to contain a third of the world’s biodiversity, with rich fishing grounds. However, in recent years there has been significant depletion in fishing stocks. Maritime nations have also been asserting fishing bans, as a means of asserting sovereignty, over the disputed continental shelf.

What are the Recent Military Engagements in the South China Sea?

In 1988, there was a skirmish between Vietnam and PRC over Johnson Reef, in the Spratly Islands. The navies of both nations were attempting to occupy reefs, when the confrontation took place. As a consequence, the PLA Navy occupied six reefs and the Vietnamese were forced to withdraw.

In 1994, the PLA occupied Mischief Reef, also in the Spratly Islands; forcing Philippines to withdraw. The Chinese have since carried out major reclamation on the reef building a large island, with an airstrip.

After the Scarborough Reef confrontation in 2012, by which PRC evicted Philippines and occupied the island, the US has been compelled to take a more pro-active role. The US now, carries out regular Freedom of Navigation Operations (FONOPS), by sailing military vessels, within 12 nautical miles of Chinese occupied islands. According to UNCLOS, 12 nautical miles from the shores of sovereign state, are considered territorial waters. The deliberate action of sailing within 12 nautical miles, demonstrates that the US does not recognize PRC sovereignty, over the disputed islands. Japan, Australia, France and UK have also sailed warships in the South China Sea, as part of FONOPS. 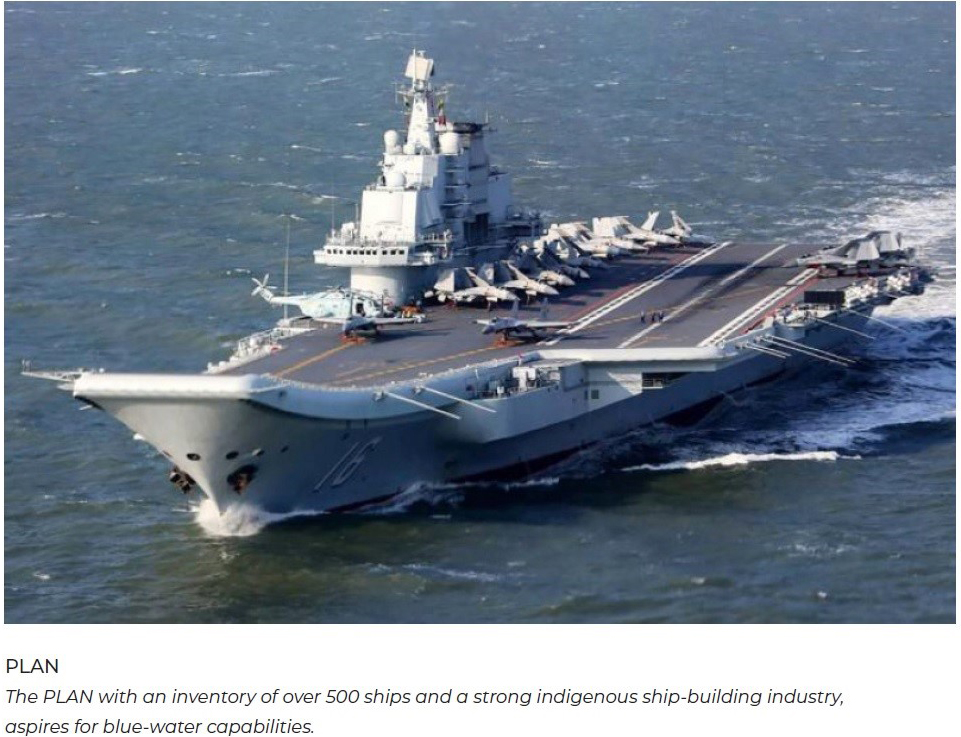