Kerala: Development for a green future

India's leading states on a number of different HDI indicators was jolted by massive floods last year, re-focusing the debate on sustainable development. Kerala needs a viable, green economy model to generate high-paying, sustainable jobs as well as to support its rapidly ageing population. Kerala has the potential for becoming the country's leader in the widespread, grassroots level deployment of low-cost environmental conservation practices. 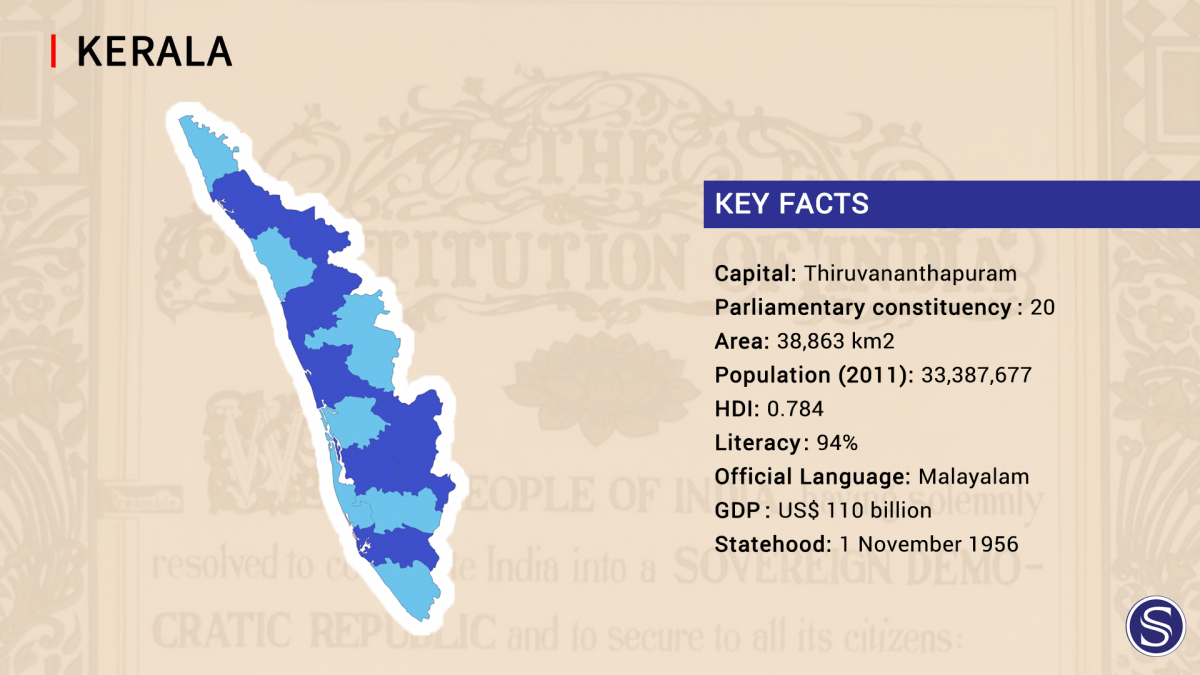 On 1 November 1956, the taluk of Kasargod in the South Kanara district of Madras, the Malabar district of Madras, and Travancore-Cochin, without four southern taluks (which joined Tamil Nadu), merged to form the state of Kerala under the States Reorganisation Act.

The economy of Kerala is the 12th-largest state economy in India with ₹7.73 lakh crore (US$110 billion) in gross domestic product and a per capita GDP of ₹163,000 (US$2,300). The state has witnessed significant emigration, especially to Arab states of the Persian Gulf during the Gulf Boom of the 1970s and early 1980s, and its economy depends significantly on remittances from a large Malayali expatriate community.

1) Environment: After the devastating floods of 2018, the state’s priority has to be environmental conservation and large-scale implementation of eco-friendly energy generation practices. The state receives 120-140 days of rainfall a year and there is a significant erosion of soil during weakened monsoons as well. Kerala has the potential and the need to become the country’s leader in widespread, grassroots-level conservation efforts. A fine example of this is Cochin airport, which is the country’s only airport that runs solely on renewable energy.

2) Demographic Disadvantage: Kerala suffers from a demographic disadvantage no other Indian state does - its population is ageing too quickly for its economy to sustain. The high education levels, coupled with the introduction of comprehensive contraception policies in the late 1980s have prevented an uncontrolled explosion of the state’s population. However, the impact of those policies is bound to trouble the state in the near future. The dependence on foreign remittances in the present are already preventing a culture of proactive entrepreneurship in the state and Kerala has to evolve from the dependence on seasonal employment industries like tourism and agriculture.

3) Economy: Despite its country-leading per capita income levels, Kerala’s economy is heavily dependent on foreign remittances. Its biggest domestic sectors are agriculture and tourism, both of which are seasonal, which do not offer year-long employment or income for individuals. Kerala needs to diversify its dependent economy to accommodate for a rapidly ageing population as well as the lack of quality, year-long jobs. A simple way to achieve this is to exponentially increase funding for the fight against climate change through the “Green economy” model which is bound to create high-paying, sustainable and quality jobs for Kerala’s educated youth.

4) Political Sectarianism: Kerala’s bloody street-level conflicts between the party workers of CPI and RSS are a major dent in the state’s harmonious society. The attacks have seen an increase over the past five years with score-settling becoming a method of extending the conflict. These conflicts are not a reflection of the state’s educated and mature society; therefore, they have to stop in order for the state to chart a new path for the required reforms.

Our assessment is that Kerala has surpassed several issues of other states but it remains vulnerable to many issues arising from climate change and an ageing population. We believe that amidst the heat of local politics, Rahul Gandhi’s decision to contest from Waynad is a smart, calculated move. His candidacy from Wayanad, a geographic trilateral meeting point between Karnataka, Tamil Nadu and Kerala is a message to the BJP, which has often criticised the South and overlooked the Southern sister states when governing the country.