One of South Asia's wealthiest and economically developed regions is gasping for development in the form of medical infrastructure and sustainable agricultural practices. Haryana has been the single largest recipient of FDI since 2000 but almost all have been capital-intensive which do not improve the quality of labour. This...

One of South Asia's wealthiest and economically developed regions is gasping for development in the form of medical infrastructure and sustainable agricultural practices. Haryana has been the single largest recipient of FDI since 2000 but almost all have been capital-intensive which do not improve the quality of labour. This election season, voters in Haryana should consider the imbalance between economic growth and development which exists in their state. 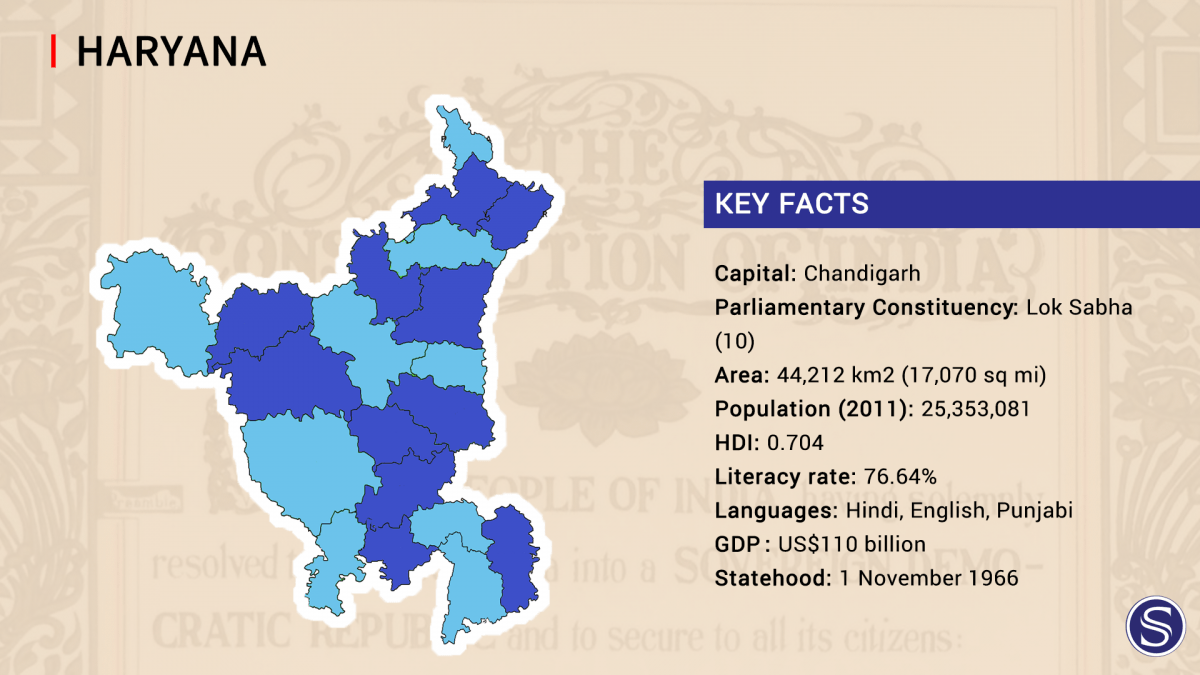 Haryana as a state came into existence on 1 November 1966 the Punjab Reorganisation Act (1966). The Indian government set up the Shah Commission under the chairmanship of Justice JC Shah on 23 April 1966 to divide the existing state of Punjab and determine the boundaries of the new state of Haryana after consideration of the languages spoken by the people. The commission delivered its report on 31 May 1966 whereby the then-districts of Hisar, Mahendragarh, Gurgaon, Rohtak and Karnal were to be a part of the new state of Haryana. Further, the tehsils of Jind and Narwana in the Sangrur district — along with Naraingarh, Ambala and Jagadhri — were to be included.

The commission recommended that the tehsil of Kharad, which includes Chandigarh, the state capital of Punjab, should be a part of Haryana. However, only a small portion of Kharad was given to Haryana. The city of Chandigarh was made a union territory, serving as the capital to both Punjab and Haryana. Bhagwat Dayal Sharma became the first Chief Minister of Haryana.

1) Education: Despite the concentration of wealth in Gurugram, Chandigarh and Faridabad, rural Haryana recorded low literacy rates, especially for women. With a literacy rate of 66.67%, women are the largest demographic which experience high dropout rates and lack access to secondary or tertiary education.

2)  Healthcare: The state experiences a lack of a state-wide healthcare system. The infant mortality rate of 41 per 1000 is one of the highest in the country, primarily due to selective abortions and the killing of the girl child.

3) Economy: As per Sept 2017 data, Haryana state's GSDP was US$85 billion in 2016-17 (estimated to be US$95 billion in 2017-2018, comparable to Angola), which had grown at 12.96% CAGR between 2012-17, boosted by the fact that this state on DMIC in NCR. The state’s economy is relatively diversified however, it requires rapid modernization for the largely rural population to leverage the presence of capital and skilled labour in the state.

4) Environment: One of the leading issues with the state is the seasonal burning of farmlands before the summer sowing. It may be a beneficial agricultural practice but it is the single largest reason for the generation of air pollution which blocks the entirety of Delhi and Eastern UP. The State’s dependence on agriculture is a good reason for the government to research new methods to replenish the soil, which does not have to rely on artificial fertilizers. Haryana’s massive technological and monetary wealth is a sound foundation for cutting edge research in agro-innovation.

Our assessment is that Haryana has overcome several issues from the 1980s and 1990s but it still lags behind in primary education and key demographic indicators. We feel that the poor performance of Manohar Lal Khattar will influence voters to vote against the BJP but we also expect the BJP to retain a sizeable haul from Haryana’s 10 Lok Sabha seats.