In 1993, I was posted on deputation to the UN mission in Cambodia, which was called the UN Transitional Authority in Cambodia or UNTAC. At that time, Cambodia was a devastated country, recovering from the 22-year civil war and a landmine challenge that was a humanitarian disaster. The Cambodian sovereign currency was the Riel and when we arrived in Cambodia, in April 1993, it was trading at approximately 400 Riel to the US Dollar. However, with the increase in the size of UNTAC, the demand for the US Dollar grew and it was soon trading at 3,500 Riel to the US Dollar. A depreciation in value of 8.75 times!

I soon realized that our de-miners, who were paid approximately US$ 180 a month, were enormously blessed in comparison to CPAF (Cambodian People’s Armed Forces) soldiers, who received in comparison, paltry sums and sometimes no wages, at all. The CPAF Army Commander highlighted this absurdity with me, when he told me his monthly wage, received in the sovereign currency, was worth only US$ 14! The decline in valuation of the Cambodian Riel, greatly enhanced the power of UNTAC and the best local talent flocked to seek employment with UNTAC. Even officers of the CPAF and other militias voluntarily resigned to join the MCTU (Mine Clearance & Training Unit), as de-miners. One of the MCTU’s most resourceful de-miners, with whom I shared a special relationship, was former Lt Col Lam Sambo. I was always appreciative of Lam Sambo’s leadership, capabilities and achievements but I also felt strange that this former Lt Col, treated me with such deference, when in fact, I was only a Major, then.

The absurdity of the exchange rate transcended other areas of social life, as well. Prostitution prospered; the value of a service costing 8,000 Riel (US$ 20) was now available for a mere US$ 2! One Indian battalion returned from Cambodia, with alarming numbers of sexually transmitted diseases. Another CO, deployed with the UNTAC, imposed curfew in the evenings, to prevent soldiers from fraternizing with local women.

The purpose of highlighting Cambodia in 1993, is to showcase that market-determined currency exchange rates, can sometimes wreak havoc, on local economies and society.  International workers should continue to receive fair remunerations for the excellent services they perform, in difficult circumstances. However, had the Cambodian people been using a universal currency, instead of the Riel, they might have been saved the unfortunate economic plight of their national currency.

In 2001, after gaining admission to the WTO, China’s accumulation of forex reserves literally took off. In the ensuing years, China followed an export-led growth strategy. The large earnings from exports were supported by cheap domestic labour, government support to industry and the state-controlled exchange rate on the RMB (Renminbi). China’s consistent export surpluses with the US made it the largest holder of forex reserves and the largest holder of US treasury securities. Many economists and US representatives have voiced concern about the potential impact of such substantial debit, to US national security.

By 2014, the forex reserves of Peoples Republic of China (PRC) peaked at US$ 4 trillion and is currently valued at US$ 3.092 trillion (Sep 2019). Forex reserves are the value of foreign currencies, held by a nation’s central bank. In some estimates, it also includes the value of gold reserves and SDR (Special Drawing Rights) defined by the IMF.

China’s mammoth forex reserves, held predominantly in US dollars, is the primary reason for the current trade war, between US and China. US would like to see the exchange value of the Chinese RMB, appreciated against the US dollar; which, would not only reduce the value of US debt to China but would make US-manufactured goods more price-competitive against Chinese imports. On the other hand, China sees little purpose in appreciating the value of the Chinese RMB, which would both deplete the value of its forex reserves and reduce international demand for its price-competitive exports. Again, if the globe had a universal currency and the US and China had conducted trade on its’ basis, there might have been no possibility for post-trade manipulations, to alter the value of wealth accumulation. In which case, we might have been spared the trade war, which has adversely affected the global economy.

For more than a month, Lebanon has been witnessing street protests that forced PM Saad Hariri to resign. The protests were directed against Lebanon’s political system that is blamed for the ineffective governance that has resulted in widespread unemployment, high inflation and failure of public services; to include electric shortages, garbage crisis etc. The lack of confidence in the government has also manifested loss of confidence in the Lebanese Pound. Since Dec 1997, the Lebanese Pound has been pegged against the US dollar, at the fixed exchange rate of 1507.5 Lebanese Pound to the US dollar. However, as people flocked to banks to exchange Lebanese Pounds for US dollars, banks have repeatedly run short of the US dollar currency. The Governor of the Lebanese Central Bank, Riad Salameh says that in the last month, since the protests began, US$ 3.8 billion has been withdrawn from Lebanese banks. In order to preserve the value of the Lebanese Pound, the Lebanese Central Bank has offered, treasury bonds at increasing interest rates but many financial analysts predict that de-valuation and recession, are unavoidable. 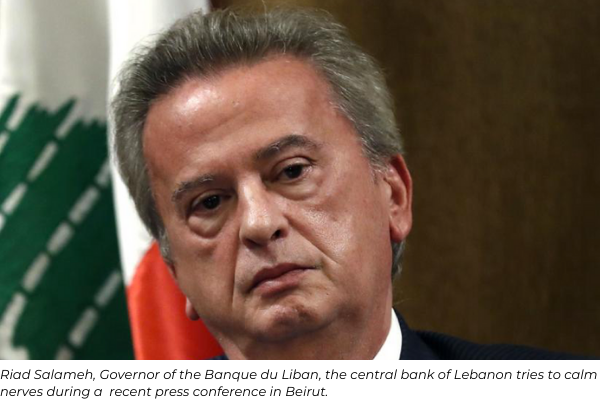 In our increasingly interconnected world, are sovereign currencies worth protecting? More importantly, are central banks capable of providing such protection? From Lebanon’s perspective, the US dollar represented a more stable international currency. In the midst of the national crisis, it is indeed prudent for Lebanese citizens to hold the US dollar, rather than the Lebanese Pound. The US dollar is still the most powerful currency in the world and supported by the US economy; but, it is still a sovereign currency. The people of the world would be better protected in both, the preservation of wealth and the medium of exchange if there were a true universal currency.

Did We NOT have an International System Before?

In July 1944, the US hosted the Bretton Woods Conference, in New Hampshire. It was attended by 44 nations and at the end of three weeks of deliberations, they laid the foundation for the post-war international monetary system. The architects of the conference were President Franklin Delano Roosevelt, popularly called FDR and the US Secretary of State, Cordell Hull. At the time of the conference, FDR was in his third term in office; the only US President to have served more than two terms. The conference is credited for having laid the foundation of the current liberal world order that has been in existence for the last 75 years. The liberal world order has three characteristics; namely, multilateralism, US-led military alliances and promotion of democracy. The liberal world order has promoted multilateralism by creating international institutions like the UN, the IMF and the World Bank. The US-led military alliance, the NATO has had no challenger, after the Warsaw Pact collapsed, with the disintegration of the USSR, in Dec 1991. According to a recent Pew Research, almost 60% of the world’s governments are now democracies, which is historically unprecedented.

The Bretton Woods Agreement also sought to provide a framework to foster economic growth and international trade. For almost two decades, through the 1950s and 1960s, it succeeded in creating that stable international economic environment. The articles of the agreement, linked world currencies to the US dollar, by an adjustable peg. Also, the US dollar was to maintain the Gold standard, at a rate of US$ 35 per ounce.

However, the special status for the US dollar increased international demand for the sovereign currency. Large capital outflows resulted in the balance of payment deficits in the US budget. Further, it was soon evident that Gold production was insufficient to meet the demand for the US dollar Gold standard. On 15 Aug 1971, President Richard Nixon permanently suspended the dollar-Gold convertibility and US began practising the inflationary monetary policy (printing currency without Gold standard, in order to meet demand). By 1973, major currencies like the UK Pound, the French Franc and the Japanese Yen, were ‘free-floated’, with their value determined by demand and supply. This international monetary system continues to date.

Many economists might agree that the Bretton Woods Agreement failed between 1971 and 1973. However, while we continue with the same system, there is no alternative in place. The trust and confidence, the world has in the US ability to pay debts, has maintained the dollar as the most redeemable currency, for world trade and commerce. The overseas demand for the dollar, also allows the US to maintain persistent trade deficits, abundantly print currency notes and hold trillions of dollars in international debit. If it were not for the recognition of the US dollar as the foremost international reserve currency, the value of the currency may have been forced to depreciate and structural readjustments to the US economy may have been necessitated. However, there are economists, who caution that at some uncertain future period, fiscal and monetary pressures will precipitate a run against the US dollar, with serious global financial consequences. 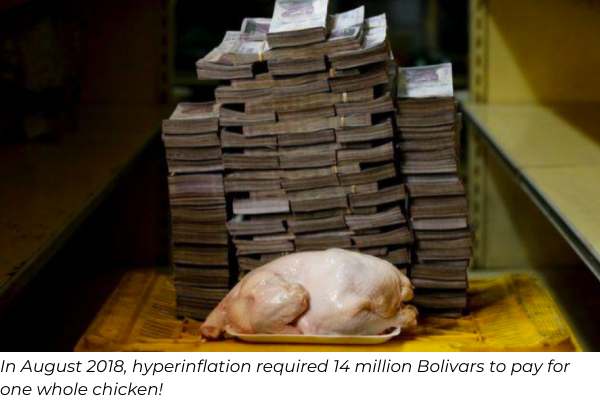 The Promise of CryptoCurrency

Cryptocurrencies are digital assets designed as a medium of exchange, using strong cryptography to secure financial transactions. Unlike sovereign digital currencies, which are created and managed by central banks, cryptocurrencies follow decentralized control.

The BITCOIN, released in 2009 and created by Satoshi Nakamoto, is considered to be the first decentralized currency. There are many people, the world over, who would prefer not to be beholden to big banks and are looking towards cryptocurrencies, as an alternative. For now, BITCOIN users can handle many daily payments themselves, without the need to interact with banks and incurring banking fees. It is also interesting to note that an investment of US$ 1000 in BITCOIN in 2010, would be valued at US$ 20 million, today! The appreciation in the value of BITCOIN is demonstrative of its increasing popularity. In our increasingly interconnected world, can a cryptocurrency like BITCOIN, progressively replace sovereign fiat currencies?

Cambodia and Lebanon are not the only cases where central banks have failed to protect the sovereign currency. In 2018, the Venezuelan Bolivar was devalued 95%, making it virtually worthless; a whole chicken costing 14 million Bolivars (US$ 2.22)! There are similar incidents with the Greek Drachma, the Turkish Lira and even the Russian Ruble. A decentralized universal currency would be welcome insurance from repeated failings of central banks. The BITCOIN is 10 years old and despite the volatility in its exchange value, has survived in the international market, without the support of a central bank. However, cryptocurrencies currencies need to evolve, particularly in scale, if they are to become a worthy alternative to sovereign currencies. There is the promise that cryptocurrencies could become the universal currency, mankind needs.