End of a Decade - End of the Teens

The teenage years of the Twenty-First Century is over , we at Synergia take a peek at some of the consequential events on our global patch that could help us better understand 2020 and beyond

The teenage years of the Twenty-First Century are over, we at Synergia take a peek at some of the consequential events on our global patch that could help us better understand 2020 and beyond.

The decade began with a prodigious disaster in Haiti on the 12th of Jan 2010. A devastating earthquake measuring 7.0 on the Richter, killed hundreds and thousands of people.

A lot has changed in the last 10 years. At the turn of the decade, Steve Jobs was still championing Apple, and the most valuable Android phone was the newly fashioned Motorola Droid. Facebook has just made some profits. Uber was far from the App Store and Spotify had not reached the US. Google had left China and Tinder, Twitch and Tik-Tok did not even exist. 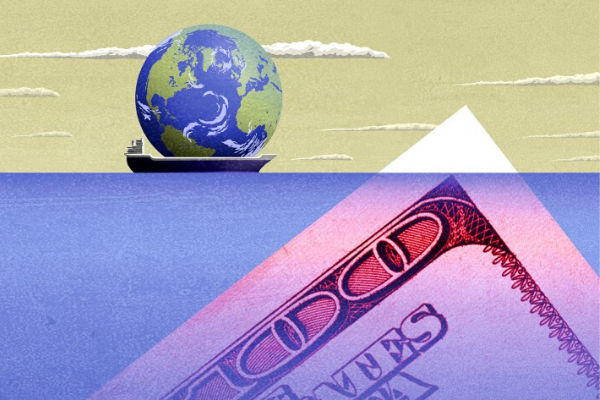 The repercussions of the 2008 economic crisis permeated into the last decade. What started with some sub-prime mortgages and collateral debt obligations led to frozen credit markets and credit default swaps. The domino effect of the crashing US economy was felt in other countries as well, creating a mistrust over globalization and multilateral institutions.

2. A recent report by the International Institute of Finance (IIF) has shown that global debt surged by US$ 7.5 trillion in the first six months of 2019. Consumers debt has risen back to pre-crisis levels in many countries. Corporate borrowings have soared, and governments while they have reduced annual deficits, continue to sit on piles of debt that dwarf the borrowing seen before the crisis.

3. Central banks are likely to increase interest rates to calm economic growth that can lead to inflation. The challenge, however, is that growth is slowing

4. At the G20 summit in London, post the 2008 economic crisis, world leaders collectively acknowledged the multilateral system existing in the world at the time had failed to provide both resources and cooperation needed to stimulate market stability and a healthy investment climate.

5. The bad debt crisis in India is becoming more worrisome with a deteriorating economy. The total outstanding of all borrowers has increased from 76.88 lakh crore ( USD in millions ) in FY 2018 to 86.33 lakh crisis in FY 2019.

6. In efforts to expand global trade, two milestone trade agreements have missed the mark. The Trans-Pacific Partnership has not borne fruition yet and the Regional Comprehensive Economic Partnership has concluded sans India. The G20 itself has grown to be more protectionist. The values and ideals that seemed to have propelled globalization have drastically changed and countries are caught up in trade wars.

7. Income inequality across the globe is only getting worse. A tipping point was reached in 2015 when a Credit Suisse report revealed that, the richest 1 per cent of the world owned as much as the rest of humanity. This also directs our thoughts to the Inequality Paradox, where Nations may be seen achieving equality when compared to other nations, there is an ever-growing schism within the country between its rich and poor.

8. Oil prices are rising and geopolitical events in the Middle East, especially the drone attacks on Saudi Aramco and the current US Iran spat is alarming. Increase in  Oil prices are generally thought to raise inflation and reduce economic growth. 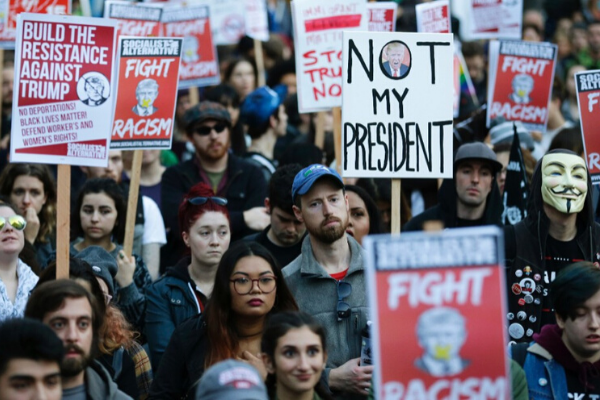 The Democracy index released by the Economic intelligence unit in 2018, shows only a handful of full democracies operational in the world today. An anaemic economic recovery has created avenues for the rise of populist parties that favour protectionist policies and blame anything foreign for the domestic malaise. In the 1930s the Great Depression gave rise to authoritarian dictates in countries like Italy, Germany and Spain- there is a possibility of this pattern recurring in the present day as well.

1. Rise of the global south is creating new demands for multilateral institutions and is driving regionalism. This has resulted in a new range of strategic choices for developing countries, and a new imperative to reform and reinvigorate multilateral and regional organizations.

2. Across the world, there was a resurgence of right-wing governments. Nationalism gained traction as an ideology and helped elect to office leaders who thrived on the leitmotif of protecting national interest. Right-wing populist and nationalist governments seem to have the mandate in Russia, Turkey, Israel, India, Poland, Hungary and in US. In Italy, they share power with the left-wing populists. Established right-wing parties in Britain, Canada, and Australia are busily adapting to the populist trend. In Japan, Shinzo Abe has taken his conservative Liberal Party in a notably nationalist direction.

4. This cohort is averse to international governance institutions like the EU, the UN, the WTO, and the IMF, among others – that globalisation requires. The rise of the global south is injecting new urgency into reforming international institutions, most notably in global finance.

5. The internet is at risk of being balkanised by authoritarian nations like China, Iran, Turkey, and Russia who seek to restrict access to social media and crackdown on free expression.

6. Protectionist policies are gaining traction as populist parties blamed foreign trade and foreign workers for ailing economies. In the 1930s, when the Great Depression gave rise to authoritarian governments in Italy, Germany and Spain – and a similar trend now may be underway.

7. Hong Kong has witnessed unprecedented protest, as the youth press for democracy and elected leadership. In Paris, the ‘Giles Jaunes’ are protesting legislations from Macron’s office. India too saw one of the most unprecedented protests in modern times with opposition to the Citizenship Amendment Bill and the proposed nationwide National Register of Citizens.

8. In the UK, with the election of Boris Johnson, Brexit has become a certainty, securing the nationalist agenda of the Government.

9. On a more optimistic note, there was significant engagement with North Korea and there were hopes for more peace in the Korean Peninsula. In 2020, the outcome of the impending US elections will significantly impact world politics. 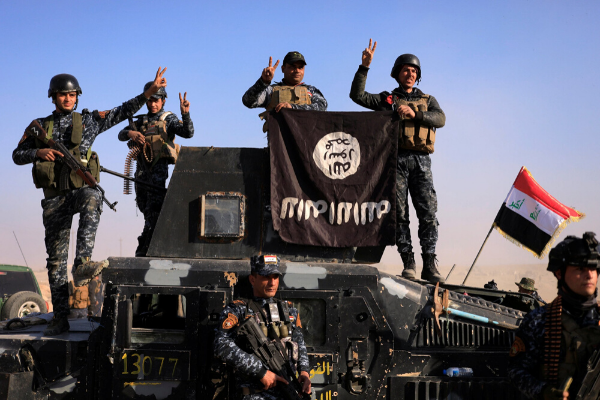 1. The decade witnessed the targeted killings of Al Qaeda leader Osama Bin Laden and Abu Bakr Al Baghdadi, the Iraqi born leader of the Islamic State of Iraq and the Levant (ISIL). However, the ideology has disseminated worldwide and attacks of unimaginable scale were carried out in countries that were not previously targeted, such as in Sri Lanka.

2. The use of Fourth Generation Warfare techniques by non-state actors was graphically displayed by the Houthis when they used drones and cruise missiles to strike Saudi oil installations with drastic consequences

3. Despite efforts to reduce nuclear proliferation, there are regional threats along with emerging threats like cyber and terrorism. The dreaded scenario revolves around North Korean provocations spurring other parties towards unilateral action to safeguard perceived national interests.

4. South Asia also sits on a nuclear keg with the potential of a momentary loss of reason leading to the lighting of the fuse. Iran’s quest for a strategic cover may reach its conclusion in the coming decade with the potential for yet another conflict as Israel’s friends and allies try to defang Iran.

5. The jury is still out whether less of US power is good or bad for global geopolitics. While a multipolar world would appear to be one with fewer discord, on the other hand, is the all-pervading fear whether this will concede space to authoritarian powers. The absence of the US is likely to heighten the risk of war between competing regional states like Iran-Saudi Arabia-Israel and India and Pakistan? Will the international order degenerate into competing spheres of influence

6. BREXIT and the rising influence of the far-right in the European political scene has led many to doubt whether the Euro Zone will survive the coming decade. Increasing ethnic, demographic and economic fissures are making integration of Europe more difficult.

7. NATO founded with the ideal of collective action is seeing a conflict of ideas from its member countries about how it should focus its attention and resources. Countries like Turkey that have a regional presence are pushing for more control of NATO, to invade Syria.

8. The past decade saw the collapse of prosperous South American countries like Venezuela and Chile. The regional powerhouse, Brazil, is also stressed under a sharply nationalistic leader who rejects tribal rights and ignores the international green lobby. Left-leaning governments in Argentina, Peru and Guatemala have been thrown out, while Venezuela’s leftist are hanging on amidst collapse of the economy along with law and order. Economic refugees from the region threaten to flood the borders of US and its southern neighbours.

9. As the US retreats from its war on terror in the Middle East and Afghanistan, Beijing and Moscow would do best to occupy the space which they claim are rightfully theirs and in line with their security and economic interests. Both have in the past decade, contested US actions, especially Russia in Ukraine.

10. Russia under Putin has been a resurgent power and regained its strategic influence in the Middle East due to its successful defence of the Assad regime. A confident Russia is unlikely to make any concessions and both the sanctions and the tensions are likely to continue into the next decade.

11. Xi Jinping was able to achieve near-absolute consolidation of his power, thanks to the support of CPC. Already leading the world in various high tech areas, China is well on the road as a rising power to rival the preeminence of US.

12. India can still gain a seat on the high table if it is able to quickly unleash its soft power and economic potential and be taken as a serious contender in the comity of nations.

13. Chances of the tensions in the Middle East and North Africa is less considering the complex competing issues which are preventing conflict resolutions. With earnings from oil likely to dwindle in the coming decade as electric mobility becomes the norm, Middle East will no longer enjoy the advantage of keeping its restive population quiet with generous cash payments, subsidies and near-total assurance of a comfortable life. In the meantime, social networks have given voice to the masses to state their political beliefs. With rising economic shortfalls, the conservative religious groups will receive a fillip.