Zuma out, Ramaphosa in

After weeks of political turmoil in South Africa, embattled President Jacob Zuma resigned as per the wishes of the ruling party, the African National Congress. Cyril Ramaphosa..

After weeks of political turmoil in South Africa, embattled President Jacob Zuma resigned as per the wishes of the ruling party - the African National Congress. Cyril Ramaphosa, the man who was chosen by Nelson Mandela himself as a successor, has been sworn in unopposed.

One of the main priorities for the new President would be tackling corruption and the country’s economy.

Cyril Ramaphosa has led a storied political career that was initially sparked from activism. He became engaged with political activism while still in university. His activities at the South African Students Organisation (SASO) and the Black People's Convention (BPC) resulted in him being detained in solitary confinement for eleven months in 1974. He was booked under Section 6 of the Terrorism Act, for organising pro-Frelimo rallies. In the 1980s, he began to actively participate in the anti-apartheid movement.

In 1991, he became the head of the negotiation team of the ANC, in negotiating the end of apartheid with the National Party government. Following the first fully democratic elections in 1994, Ramaphosa became a Member of Parliament. He was favored by Nelson Mandela to be his successor as President for South Africa. He had impressed Mandela as the ANC's Chief Negotiator during South Africa's transition to democracy. He also built up the biggest and most powerful trade union in South Africa—the National Union of Mineworkers (NUM).

However, Ramaphosa’s ascent to power was not without its own set of controversies. Even though he was never indicted for corruption, his business dealings were often criticized. Controversial business dealings include acting as Chairperson for the MTN Group during the MTN Irancell scandal.

Since 2014, he has served as the country’s deputy president and second in command to President Jacob Zuma. In December 2017, Zuma was voted out of the leadership position at the ANC due to multiple scandals that involved him. Zuma was accused of improper dealings with Indian-born businessmen - the Gupta Brothers. Ramaphosa was elected as the President of the ANC as a result of this. He has presented himself as a reformer and anti-corruption fighter.

The ANC has won every election in South Africa since the end of white minority rule in 1994. 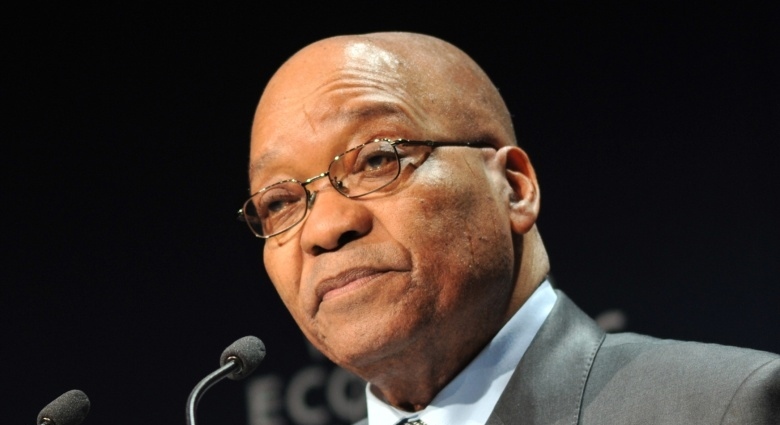 After a long and bitter conflict between Zuma and the leadership of the ANC, Zuma tendered his resignation in February 2018. He had resisted stepping down but was told that the party would initiate a no-confidence vote if he didn’t abide by ANC’s wishes. Ramaphosa is believed to have even visited Zuma in the middle of the night during the political crisis.

After Zuma stepped down amidst a cloud of controversy, Ramaphosa was sworn in as the President. Ramaphosa in a short speech right afterward vowed to tackle endemic graft in South Africa. “Issues to do with corruption, issues of how we can straighten out our state-owned enterprises and how we deal with ‘state capture’ are issues that are on our radar screen,” he said, in a reference to improper influence over government institutions, ministers and state-owned businesses by Zuma’s associates.

He added, “This is not yet uhuru (freedom). We have never said it is uhuru. We are going to seek to improve the lives of our people on an ongoing basis, and since 1994, we have done precisely that.”

Patrick Maesela, an ANC MP, said: “Africa and the world are pinning their hopes on your revolutionary leadership.”

Ramaphosa also turned his attention towards the country’s economy during his speech. He vowed to turn around South Africa’s stagnant economy and the many problems that exist within the country. The country is struggling against a high unemployment rate (30%). The unemployment rate amongst the youth is nearly 40%. The economic growth has been low and this has resulted in loss of investor interest in the region. He will also have to deal with corruption in the region especially between politicians and businesses. A successful businessman, Ramaphosa is hoping to address these problems.

Our assessment is that South Africa’s newest President Ramaphosa has a hard task ahead of him. It will be difficult to attract investors to the region as two credit agencies downgraded the South African economy to junk status. His other goal would be to unify the ANC party. Currently the ANC is deeply fractured as Zuma loyalists believe that the former President was badly treated by the party. It will be difficult to soothe over these sentiments.