Zimbabwe’s government says it still needs $35 million to help fight a cholera outbreak that has killed 31 and infected more than 5,000. Zimbabwe is a landlocked country located in southern Africa, between the Zambezi and Limpopo Rivers, bordered by South Africa, Botswana, Zambia..

Zimbabwe’s government says it still needs $35 million to help fight a cholera outbreak that has killed 31 and infected more than 5,000.

Zimbabwe is a landlocked country located in southern Africa, between the Zambezi and Limpopo Rivers, bordered by South Africa, Botswana, Zambia and Mozambique. The capital and largest city is Harare. A country of roughly 16 million people, it is classified as a middle-income country, with a low HDI score and high-income disparity.

For multiple decades now, Zimbabwe has struggled to feed its own people due to severe droughts and the effects of a land reform programme which saw the seizure of white-owned farms redistributed to landless black Zimbabweans which led to sharp falls in production.

In November 2017, the nation has been gripped with a political crisis. Former Vice President of Zimbabwe, Emmerson Mnangagwa, alleged that President Robert Mugabe had threatened his life. Mnangagwa, who was sacked by the President in November 2017, then fled to South Africa. Shortly after the Vice President left the nation, the country’s army commander Constantino Chiwenga said on that the military would act if purges against former war liberation fighters did not cease. In addition, soldiers took over the headquarters of the state broadcaster ZBC and blocked access to government offices. However, the army insisted that this wasn’t a coup to replace Mugabe from power. 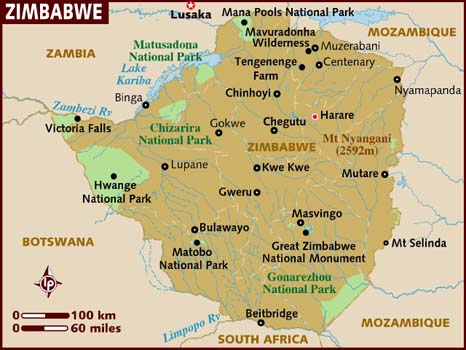 The worst cholera outbreak in a decade has exposed the problem of decaying urban infrastructure that became synonymous with the rule of Robert Mugabe, who was removed after a coup in November and replaced by President Emmerson Mnangagwa. The outbreak is so severe that Zimbabwe’s top university has had to defer its graduation event.

The government has raised $29 million, half from private companies and foreign aid agencies, out of a target of $64.1 million needed for vaccinations, drugs, clean water and better water and sewer pipes, said Finance Minister Mthuli Ncube.

“The private corporate sector, development partners, individuals, including Zimbabweans in the diaspora, are being called upon to provide both financial and non-financial assistance towards responding to the cholera outbreak,” Ncube told reporters. Critics in the opposition say the government is quick to find money to import luxury vehicles using scarce foreign exchange but has had to appeal to individuals and companies to fight cholera.

President Mnangagwa visited Harare’s Glenview township, the epicentre of the outbreak, and met patients and families who lost relatives to the disease. He said his government would help the opposition-led Harare city council to replace ageing water and sewer pipes after government officials and the opposition blamed each other for the outbreak.

Zimbabwe has set up an emergency crowdfund to help tackle the cholera breakout. The newly appointed finance minister, Mthuli Ncube took to Twitter with the news, asking his followers to support the fund through donations. ‘‘Together with my colleagues at Min of Health, we have set up an auditable emergency crowdfund to further efforts to fight cholera to date. Together we can win! ’read part of the tweet. The government declared a state of emergency in the capital Harare after more than 5,000 people had been infected by cholera.

25 people have died of cholera, since the beginning of the outbreak on September 6, 2018, the health minister said on Thursday. The health ministry has also been receiving several donations and offers of support from private organisations including $10 million from Econet Wireless, $100,000 from the President’s Fund and logistical support from Quest Motors.

Our assessment is that the faltering Zimbabwean economy requires external assistance in their fight against the cholera outbreak. Zimbabwe has had a weak public health system, which has been ravaged by corruption and inefficient administration. We believe that we can expect a relief program to be announced by the World Health Organisation, in collaboration with MSF very soon. However, we also feel that Zimbabwe will need to develop a domestic infrastructure to help counter such outbreaks in the future.