A political crisis has unfolded Zimbabwe as the military have taken over the headquarters of the state broadcaster ZBC and blocked access to government offices.

A political crisis has unfolded Zimbabwe as the military have taken over the headquarters of the state broadcaster ZBC and blocked access to government offices. The army has stated that this wasn’t a coup, however, the whereabouts of current President Robert Mugabe remains unknown. 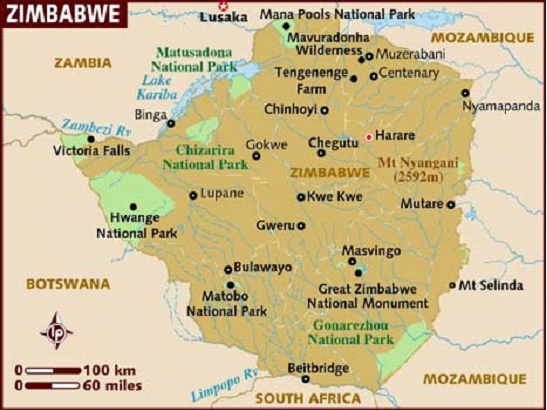 Former Vice President of Zimbabwe, Emmerson Mnangagwa, has alleged that President Robert Mugabe, has threatened his life. Mnangagwa, who was sacked by the President in November 2017, has fled to South Africa.

A political crisis has unfolded in the region since then. Army commander Constantino Chiwenga said on that the military would act if purges against former war liberation fighters did not cease. In addition, soldiers took over the headquarters of the state broadcaster ZBC and blocked access to government offices. However, the army has insisted that this wasn’t a coup to replace Mugabe from power.

"To both our people and the world beyond our borders, we wish to make it abundantly clear that this is not a military takeover of government. What the Zimbabwe Defense Forces is doing is to pacify a degenerating political, social and economic situation in our country, which if not addressed may result in a violent conflict,” said Maj. Gen. S.B. Moyo. The army spokesperson has also added that President Robert Mugabe is safe.

Moyo has said that the military is targeting people around the 93 year old President. "We are only targeting criminals around him (Mugabe) who are committing crimes that are causing social and economic suffering in the country in order to bring them to justice." He added that things will return to normal as soon as the mission is accomplished. Mugabe is yet to issue a statement about his status and his current whereabouts remain unknown.

There had been widespread reports that Mnangagwa's sacking meant that Grace Mugabe, the President’s wife would be appointed Vice-President at a special congress of the ruling Zanu-PF party next month. Her political climb has been speculated as the reason for the current crisis. She is a polarizing personality known for her extravagant lifestyle. She has also been accused of attacking a model in Johannesburg earlier this year.

The sacked former Vice President Mnangagwa has vowed to make a return to Zimbabwe. He has alleged that the President threatened his life. Before he was removed from his position, he was seen as a likely successor to Mugabe who is now 93 years old.

Meanwhile British government has warned British nationals in the region to stay off the streets in case of any escalating violence. The South African president, Jacob Zuma, speaking on behalf of the Southern African Development Community, has expressed concern at the infolding situation in Zimbabwe, calling for it to be resolved amicably

Our assessment is that Mugabe’s decades’ long rule in Zimbabwe could be coming to an end. The 93 year old President has dealt with a series of escalating crises in 2017 and the latest development has cast doubt on whether he or any member of his family will be able to stay in power. A military coup could result in a civil war in the region.