Media reports have claimed that a series of Saudi-led air strikes in north Yemen has resulted in the deaths of 30 people including women and children. In addition, UN and other aid agencies..

Media reports have claimed that a series of Saudi-led air strikes in north Yemen has resulted in the deaths of 30 people including women and children.

In addition, UN and other aid agencies have been unable to provide urgent humanitarian supplies to Yemen endangering the lives of millions.

A military intervention was launched by Saudi Arabia in 2015, to influence the Civil War in Yemen. A two-year Saudi-led campaign has damaged infrastructure and caused shortage of medicine in one of the most poorest Arab country. Reports have also emerged that there are players within Yemen who actively sponsor terrorism by funding activities conducted by ISIS.

The Saudi-led coalition has been carrying out air strikes against the Houthi rebels for more than 2 years now. Since then the country has been plunged into a civil war in which the exiled government backed by Saudi Arabia is trying to defeat the Houthi group aligned with Iran.

In March 2017, 22 people died and several were wounded because of a Saudi-led attack in western region near the Red Sea fishing town of Khoukha. The Yemen war has led to 10,000 deaths and more than 3 million people have been displaced. According to United Nations Food Program, nearly half of Yemen’s population is on a verge of famine. 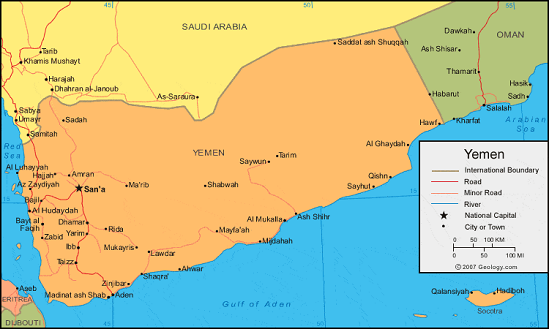 In the past few days, Saudi Arabia has reported that the region’s military had intercepted a Yemen-borne ballistic missile over Riyadh. Saudi Arabia has stated that Iran has armed the rebels in Yemen – a charge denied by Iran. After the missile was intercepted, Saudi Crown Prince Mohammed bin Salman said providing rockets to the rebels "may be considered an act of war".  In response to the attack, the coalition announced the "temporary" closure of all Yemeni land, sea and air ports.

Media reports have also detailed a series of Saudi-led air strikes in north Yemen that resulted in the deaths of at least 30 Yemenis. This included women and children. Hussain al-Bukhaiti, a pro-Houthi activist said that the attacks took place after midnight. They seemingly were targeting Sheikh Hamdi, a well-known pro Houthi loyalist. Hussain al-Bukhaiti has said that Hamdi was killed in the air strikes. These claims have not been confirmed and nor have they been independently verified. There is another problem that has risen as a result of the latest developments – UN and other aid agencies have been unable to provide humanitarian supplies that are urgently in need. Due to the blockade, the UN and the Red Cross said a "catastrophic" situation threatened millions who rely on life-saving aid.

The Red Cross said its shipment of chlorine tablets, vital to combating a cholera epidemic which has affected more than 900,000 people, had been blocked. "If these channels, these lifelines are not kept open it is catastrophic for people who are already in what we have said is the world's worst humanitarian crisis at the moment. So, this is an access problem of colossal dimensions right now," said Office for the Co-ordination for Humanitarian Affairs spokesman Jens Laerke.

UN has also expressed its concern as there are 7 million people in urgent need of humanitarian aid.

Our assessment is that Middle East is likely at the brink of increased armed conflict. The developments in Saudi Arabia, Iran, Libya, and Yemen in the past few days indicate that the countries are readying themselves for a seismic shift.  In the meantime, the millions living in Yemen are extremely vulnerable.