Qatar, the United States and five Gulf nations part of the GCC have imposed sanctions on 11 people and two organizations that have been accused of financing..

Qatar, the United States and five Gulf nations part of the GCC have imposed sanctions on 11 people and two organizations that have been accused of financing al-Qaeda and ISIL in Yemen.

The nations have also come together to start a new body called the Terrorist Financing Targeting Center (TFTC).

A military intervention was launched by Saudi Arabia in 2015, to influence the Civil War in Yemen. A two-year Saudi-led campaign has damaged infrastructure and caused shortage of medicine in one of the most poorest Arab country. Reports have also emerged that there are players within Yemen who actively sponsor terrorism by funding activities conducted by ISIS. For a historic perspective of ISIS, click here.

The Gulf Cooperation Council is a regional intergovernmental political and economic union consisting of all Arab states of the Persian Gulf, except for Iraq. 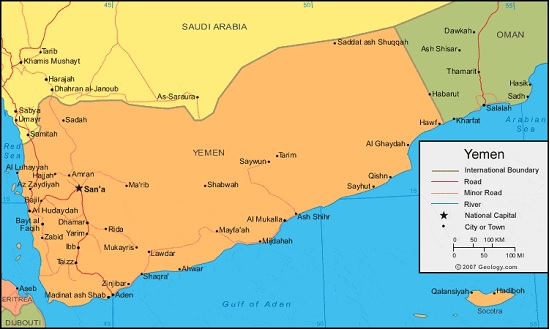 Qatar, the United States and five Gulf nations part of the GCC have imposed sanctions on 11 people and two organizations that have been accused of financing al-Qaeda and ISIL in Yemen. The imposition of these sanctions has been confirmed by Qatar's National Counter-Terrorism Committee.

“Qatar's strong and continuous commitment to combatting terrorism and terrorism financing. We are committed to taking the necessary steps to defeat terrorism in all its forms, and will continue to work closely with the United States to impose sanctions on those who facilitate terrorist activity," said Major-General Abdulaziz A Al Ansari. It is still unclear on who the individuals and companies are as those details have yet to revealed.

US has also confirmed the sanctions. US Treasury Secretary Steven Mnuchin said, “Through this action we are aggressively targeting radical extremists in Yemen and the surrounding region who pose a direct threat to the security of the United States, Yemen, and the international community.” The nations have also come together to start a new body called the Terrorist Financing Targeting Center (TFTC). Other members of the alliance include Qatar, Bahrain, Kuwait, Oman and the United Arab Emirates.

The deterioration of the Yemeni state continues as the state also deals with the worst Cholera outbreak in the world in addition to the frequent violence. Since April there are now 850,000 reported cases. More than 10,000 people have also died as a result the conflict. Currently there are seven million in need of food assistance.

The UN's aid chief Mark Lowcock has expressed deep concern after a visit to the region. "I have come to Sanaa to have discussions with the authorities and other interlocutors on ways to improve the humanitarian situation in Yemen," he said upon his arrival. Lowcock added his five-day visit to the country was aimed at reaffirming "the strong commitment of the United Nations and partners to alleviate suffering of all Yemenis in need of assistance".

"I decided to come to Yemen because I am deeply concerned about the humanitarian crisis that has continued to deteriorate," said Lowcock.

Terrorist groups like ISIS have been active in the region. A recent US airstrike reportedly resulted in the deaths of 9 ISIS militants in Yemen.

Our assessment in the past two years, Yemen has become the theatre for violence, terrorism and a humanitarian crisis. There is a shortage of medicines, food shortage, and a shortage of basic necessities for the millions living in the country. It is unclear on whether these sanctions of these 11 individuals and companies will effectively cut off funding to terror groups, but it is a step in the right direction to usher in stability to the region. GCC nations realize they must act to address the crisis that has already resulted in the deaths of thousands of civilians.