The Wildcard in Afghanistan?

A Turkish Army contingent was to protect the final withdrawal of its NATO partners from Kabul airport, a sure sign of President Erdogan’s efforts to wriggle back into the good books of the sullen Americans. The plan was optimistically based upon the presumption that the Taliban would be kept at bay for a reasonable period of time, while a NATO contingent (the Turks) would secure the Hamid Karzai International Airport in Kabul.

However, the situation deteriorated at such a lightning pace that the Turks were found exiting the country along with other NATO forces. All the same, the Turkish President declared that his country will remain in touch with the new dispensation in Kabul and will offer to secure the Kabul civil airport to encourage international travel to the war-torn nation.

Notwithstanding the abortive rearguard action, Turkey has been striving to play a larger role in Afghanistan and is expected to continue doing, so once the dust of a Taliban takeover settles down.

Even though Turkey does not share a physical land border with Afghanistan, its ties to the country stretch back across centuries. In the late 1800s, Turkey had aligned with the British Empire at a time when the great game was at its peak. Later, in the first decade of the 20th Century, the Ottoman Empire, under pressure from the Anglo Saxons, had worked with Germany to weaken the English influence over Afghanistan. With the entry of Mustafa Kemal Ataturk in Turkish politics, Istanbul established close ties with Kabul, then under the genial King Amanullah Khan and was instrumental in raising educational standards and military training in Afghanistan.

The Saadabad Pact of 1939 was a highwater mark in Turkish-Afghanistan relations. As tremors of an impending conflagration spread throughout Europe, and Russia and China strengthened their grips in the periphery of Afghanistan, Turkey, along with Afghanistan, Iraq, and Iran, had signed a non-aggression pact to keep the global conflict away from the region.

During the cold war, Pakistan rather than Afghanistan became central to Turkish foreign policy outreach in the region, since both were members of the UK-sponsored Central Treaty Organisation (CENTO). However, despite their close relationship, there have been sharp differences between Turkey and Pakistan on the internal tribal dynamics of Afghanistan. The Turkic ethnic groups, like the Uzbeks, the Hazaras and the Tajiks, find favour in Turkish designs as natural allies, vis à vis the Pashtuns, who dominate the Taliban and have an avid mentor in the Pakistan military.

Turkey has willingly contributed to the International Security Assistance Force (ISAF) which came into being in 2001. However, it sensibly kept out of combat duties, and its personnel were largely engaged in providing logistics to the ISAF and training to the fledgling Afghan National Army. Turkey also enthusiastically participated in the reconstruction boom financed by the West after the eviction of the Taliban, with a number of construction companies taking up projects in education, health, and agriculture. 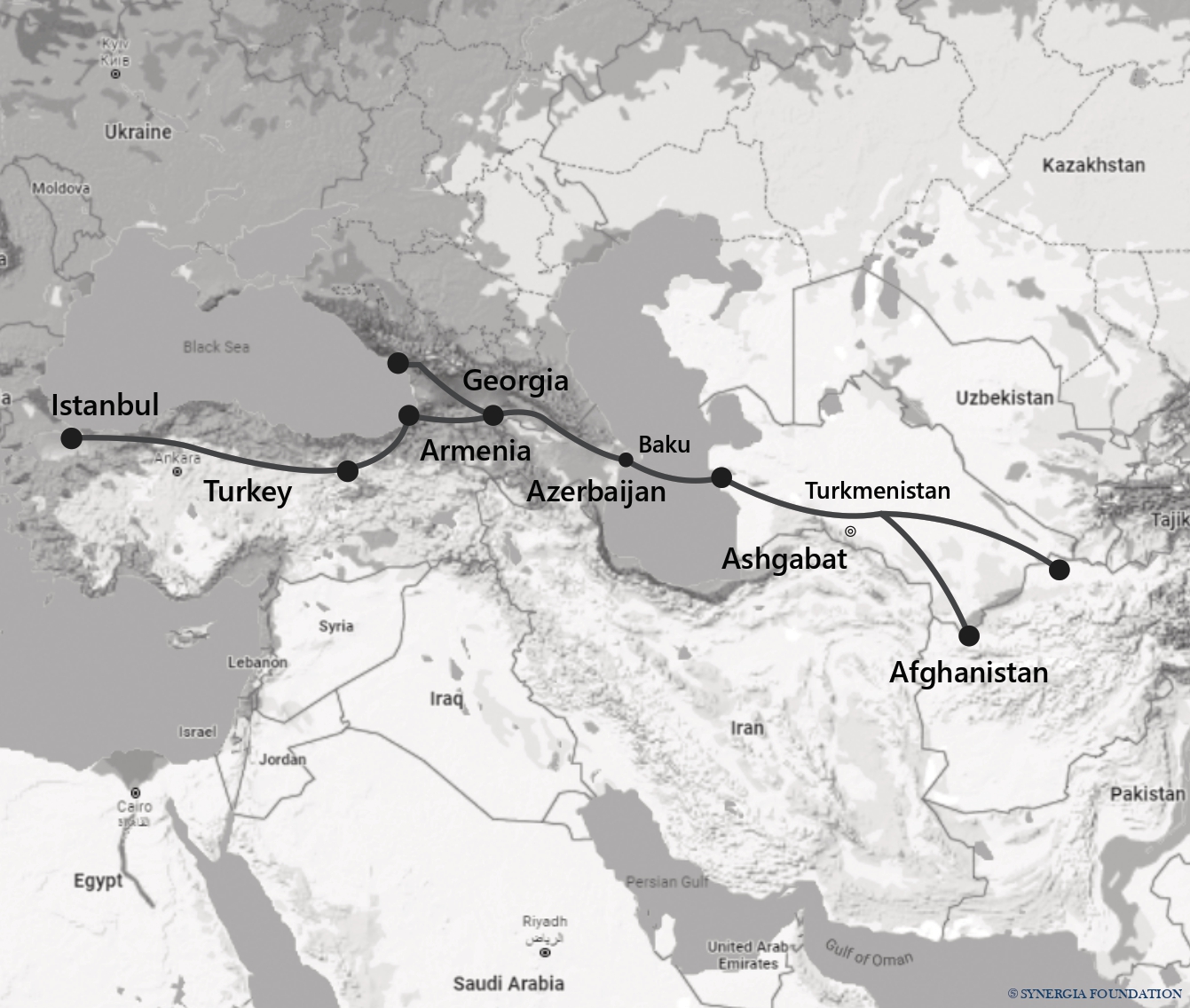 Turkey has been a popular destination for refugees fleeing Afghanistan through Iran or Central Asia for some years now. With the Taliban back in power, Turkey fears a mass exodus that would ultimately end at its doors, at a time when the pandemic has played havoc with its economy and its relations with the West remain, at best, strained. With nearly four million Syrian refugees already inside Turkey, it has no option but to shut its doors to a fresh influx from Afghanistan. Therefore, irrespective of who is in power in Kabul, it is in Ankara's interest to promote stability in the country and thus avoid a fresh flood of refugees.

It is for this reason that Turkey has adopted a pragmatic approach tinged with an understanding of the ground realities. Its foreign minister, Mevlut Cavusoglu, was quoted by Daily Sabah as saying, “Turkey would act in coordination with the international community on its position on the recognition of the new government in Afghanistan.”

Ankara would like nothing better than to earn the trust of the Taliban to act as an intermediatory for the West. This would bring solid diplomatic dividends to it. However, as of now, the Taliban is extremely suspicious of Turkish manoeuvrings and has shown little inclination to accept any role from them as honest brokers. In fact, their message to President Erdogan was unambiguous- leave Afghanistan along with their NATO allies! Soner Cagaptay of the Washington Institute for Near East Policy says that “While Turkey wants to play a role in the rebuilding of Afghanistan, but the Taliban isn't really going for it." This was succinctly put by Zabihullah Mujahid, the Taliban spokesperson, when he told TRT Arabi, a Turkish public broadcaster, “ We want good relations with Turkey, Turkey is our brother, we have many points in common based on faith. We want Turkey to leave the past and return to the present and the future. After that, we can ask for dialogue."

Turkey's geopolitical position had strengthened since 2020 when it started playing a more dominating and proactive role. Its success in bringing to a complete standstill the Russian-stiffened Syrian onslaught in Northern Syria and its support to the UN-recognised government in Libya, again in opposition to Russia, has greatly enforced its image as a credible power broker with the military muscle to back strategic ambitions. In short, Turkey has been very successful in altering the conflict management and resolution dynamics in these countries with a degree of success. Now, if it looks at Afghanistan through the same prism, it should not come as a surprise.

The Indo-Pacific has replaced Central Asia as the primary focus area for American foreign policy. Turkey is aware of the developing power vacuum, and while Russia remains the major player in the region, Turkey is gaining in confidence to challenge Russia in its own backyard; Nagorno-Karabakh proved to be a good testbed for this purpose. It is banking upon the support of the West in this endeavour.

China would play a crucial role in case Ankara is to make any inroads into Afghanistan. In the past, Turkey was a rabid critic of Chinese excesses upon the Xinjiang Uyghurs. However, as of 2020, with China-Turkey trade having grown to over $24 billion, Turkey has considerably toned down its criticism. Mutual suspicions, however, continue to simmer. Turkey will have to offer China something substantial in order to win its tacit approval. One option is to ensure that the 45,000 Uighur refugees sheltered in Turkey retain a low profile and are not used as a pawn to expose Chinese human rights violations internationally.

There is yet another angle to Turkey's desire to play a meaningful role in Afghanistan -its growing rivalry with Saudi Arabia, with whom it has been competing for the leadership of the Sunni world. Turkey has confronted the Kingdom in different theatres, from Syria to Libya, the Qatar blockade, and the controversy over the killing of Jamal Khashoggi. Any ambitious moves in Afghanistan would be a part of this game plan.

It also banks upon its close friend and ally Pakistan to help it navigate the dangerous geopolitical minefields of Afghanistan. When Turkey was being designated by its NATO allies to act as the rear-guard in Kabul, President Erdogan had publicly sought Pakistani support for the mission. Pakistan, not to ruffle the feathers of its Taliban protégé, made a guarded response, with unnamed government officials promising logistical connectivity through its territory. With the Taliban viewing Turkey suspiciously as a stooge of the West, despite its Islamic credentials, Prime Minister Imran Khan is acutely aware of the slippery ground that he may be treading upon by overtly enabling any role for Turkey in Afghanistan, without the consent of its new masters.

India too should be concerned in case Turkey is successful in making credible inroads into Afghanistan, along with China and Pakistan already firmly ensconced with the Taliban leadership. Turkey has always been a diplomatic thorn on India's side, vociferously giving vent to anti-Indian rhetoric in relation to Kashmir and maintaining a close military relationship with the Pakistan military.

On its part, India has been endeavouring to respond to Turkish moves, albeit far more subtly. It started with threatening to ban imports from Turkey and has recently followed with a historic first-ever joint naval exercise with its arch-enemy Greece in the Mediterranean. India can also join many Arab countries in rejecting Turkish outreach calling it a replay of the hated Ottoman Empire.