US Air Force B-1 bombers, accompanied by fighter jets from South Korea and Japan, conducted drills over South Korea, near the Korean peninsula. The drills happened only..

US Air Force B-1 bombers, accompanied by fighter jets from South Korea and Japan, conducted drills over South Korea, near the Korean peninsula.

The drills happened only days before US President Donald Trump is set to visit the region.

North Korea has stated in the past that it would take military action against the United States by targeting Guam. The nation has long considered the US as one of its primary enemies of the state.  Guam is a US territory. Guam currently hosts 6,000 US service members and has a population of over 160,000 people.

In order to launch a nuclear attack on its neighbours, it needs to be able to make a nuclear warhead small enough to fit on to a missile. According to information leaked to the Washington Post in August 2017, US intelligence officials now do believe North Korea is capable of miniaturisation.

In the recent months, US President Donald Trump and North Korean leader Kim Jong Un have exchanged heated rhetoric. Trump has called Kim a “rocket man” and Un responded by calling Trump a “dotard.” Both nations have stated that they were willing to enter military conflict. 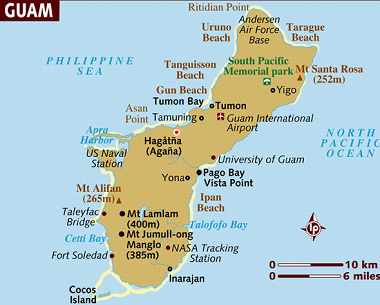 US President Trump is scheduled to visit South Korea. From November 3rd, Donald Trump will begin a 12-day trip to five different Asian nations. North Korea and trade are expected to top his agenda as he tours Japan, China, Vietnam, Philippines in addition to South Korea.

Ahead of his trip, US Air Force B-1 bombers, accompanied by fighter jets from South Korea and Japan, conducted a flyover near the Korean peninsula. A total of two strategic drills have been conducted over South Korea.

North Korea’s state-run media organization, KCNA lashed out at US calling the nation “imperialists.” A post from the network said, “The gangster-like US imperialists are ceaselessly resorting to their frantic nuclear threat and blackmail to stifle the DPRK with nukes at any cost. On Thursday they let a formation of B-1B nuclear strategic bombers stationed at the Anderson Air Force Base on Guam stealthily fly into South Korea again to stage a surprise nuclear strike drill targeting the DPRK."

North Korea has stated that it its nuclear program will not be up for negotiations in the event of a diplomatic dialogue. It has said, “The nuclear force of the DPRK has become a strong deterrent for firmly protecting peace and security of the Korean Peninsula and the rest of Northeast Asia and creditably guaranteeing the sovereignty and the rights to existence and development of the Korean nation.”

This may not be the only military action that will be taken by the US. According to a report by Stratfor, a US-based intelligence analysis company, US Air Force also will send a dozen F-35A stealth fighter jets to a base in Japan in early November. The report stated, "The gathering is a rare occurrence - the last time three US aircraft carrier strike groups convened for a combined exercise was in 2007 - and will give the United States a powerful force within striking distance of North Korea. Taken together, these developments suggest that the United States is preparing for a confrontation. But that doesn't necessarily mean that Washington is gearing up to start a war with Pyongyang,"

Michael T Clare, a professor of peace and world-security studies at Hampshire College in the US, wrote on Wednesday in The Nation, “There can be only two plausible explanations for this extraordinary naval buildup: to provide Trump with the sort of military extravaganza he seems to enjoy; and/or to prepare for a pre-emptive military strike on North Korea.”

Our assessment is that US President Donald Trump’s visit to Asia will play a key role in determining what happens in the Korean peninsula. The drills conducted by the US Air Force has elicited an angry response from North Korea. The region might perhaps retaliate with a similar military exercise timed to Trump’s visit. It is imperative for all parties to seek a resolution in bringing stability to the region but it seems unlikely at the present moment. As we had predicted earlier, US and North Korea seem to be on the brink of war in the Korean Peninsula and ultimately, it begs the question – who will blink first?