What next for Merkel

As exploratory talks to form Germany’s next coalition government collapsed, German Chancellor Angela Merkel has stated that she prefers “fresh elections” to leading a..

As exploratory talks to form Germany’s next coalition government collapsed, German Chancellor Angela Merkel has stated that she prefers “fresh elections” to leading a minority government.

In 2005, she had become the first female Chancellor of Germany. By 2013, during the general election, Merkel was seen as a reliable leader in Germany. Her party won the election with 41.5% of the vote. It was a landslide victory. She is a strong proponent of transatlantic economic relations and seen as flagbearer for free trade. She is the longest-serving incumbent head of government in the European Union.

She has faced heavy criticism she has faced domestically regarding the issue of refugees, she has remained steadfast with implementing her agenda. In 2015, she came under fire for opening Germany to asylum seekers. At the time, she told the Germans that “we will manage” and did not change course.

In September 2017, Merkel’s conservative CDU/CSU bloc was able to retain its majority during the federal elections. However, it witnessed its worst results in almost 70 years. It won 33% of the votes. This is a sharp decline from the 2013 elections when it won 41% of the votes. Voter turnout however had increased to 76%.  Merkel said that she had hoped for a “better result” adding, “Today we can say that we now have a mandate to assume responsibility and we're going to assume this responsibility calmly, talking with our partners of course.” This also meant that she couldn’t form a government without forming a coalition. 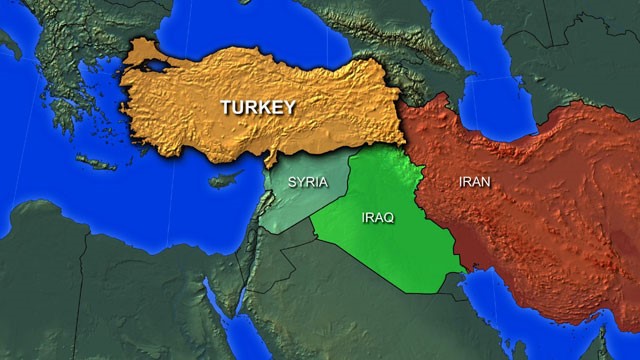 German Chancellor Angela Merkel’s fourth term may be in doubt as exploratory talks to form Germany’s next coalition government collapsed when Free Democratic Party (FDP) walked out of marathon negotiations. The free-market liberal FDP pulled out after four weeks of talks with Mrs Merkel's CDU/CSU bloc and the Greens.

Angela Merkel has now admitted that she would prefer new elections to leading a minority government, after a breakdown in coalition talks plunged the country into political crisis. "The path to the formation of a government is proving harder than any of us had wished for," she told broadcaster ARD. However, in other interviews, she has also argued that Germany needs stability. She said that the nation would benefit greatly from a government "that does not need to seek a majority for every decision".

Martin Schulz, the leader of the center-left Social Democratic Party (SPD), was seen as some as a notable opponent for Merkel during. However, the results of the elections saw his losing by a greater margin than many had anticipated. Some within Merkel’s party are reportedly viewing at SPD for a probable coalition. However, Schulz has said that he wasn’t afraid of fresh elections.

German President, Frank-Walter Steinmeier is slated to discuss the matter with SPD leaders soon. He has emerged as a staunch critic of fresh elections and called on parties to be open to talks. He said, “Inside our country, but also outside, in particular in our European neighborhood, there would be concern and a lack of understanding if politicians in the biggest and economically strongest country [in Europe] did not live up to their responsibilities.”

There are also concerns over the rise of right-wing populist party called the Alternate for Germany (AfD). In the 2017 elections, it outperformed expectation garnering 12.6% of the votes. It was the best result a far-right party has witnessed in Germany since the end of World War II. It entered the parliament for the first time with more than 90 seats.

Our assessment is that parties will try and avoid the possibility of fresh elections as the process could take several months and could result in AfD receiving more votes. However, we believe that in the advent of fresh elections, Merkel will perform better the second time around and might be able to ensure a majority.