Sir Michael Fallon, UK’s Defence Secretary has resigned over allegations of sexual impropriety. Theresa May Government has been thrown into crisis as multiple MPs have been..

Theresa May Government has been thrown into crisis as multiple MPs have been implicated in a growing sex scandal engulfing Parliament.

Fallon has been implicated in a few controversies in the past. A media report claimed that Fallon between 2002 and 2004 claimed for mortgage repayments on his Westminster flat in their entirety. MPs are only allowed to claim for interest charges. Fallon said that he wasn’t aware of it until it was brought to his attention by the staff of Commons Fees Office. He then repaid £2,200 of this over-claim.

In October 2017, a social media campaign called Me Too (under the hashtag of the same name) went viral. The hashtag was used by millions of women across the world in the wake of the Harvey Weinstein scandal. Weinstein, a powerful producer in Hollywood was accused of sexually harassing women and abusing them. It was originally created by activist Tarana Burke and Actress Alyssa Milano popularized the hashtag by asking her Twitter followers to talk about their own experience with sexual harassment. Since then, millions of people have used the hashtag to come forward with their experiences, including many celebrities. The scandal has resulted in women coming forward with claims of having been sexually harassed by some of the most powerful and popular celebrities in the world including actors like Dustin Hoffman and Kevin Spacey.

Historically, politicians have often been implicated in sexual scandals. Over a dozen women have accused US President Donald Trump of sexually harassing them and abusing them. According to unauthorized biographer Kitty Kelley, former US President Ronald Reagan was accused of raping a woman in 1952. 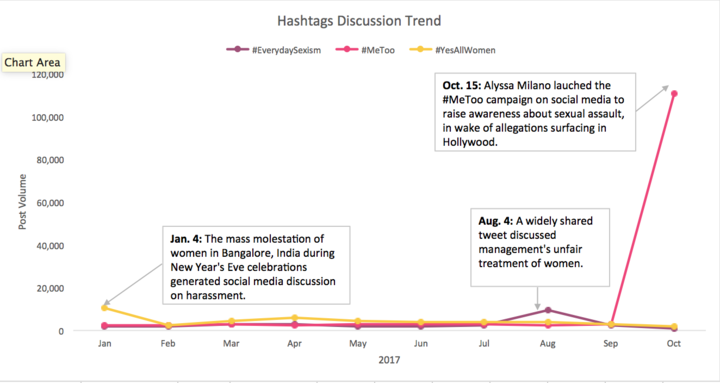 Around the time, the Me Too campaign was going viral, a series of allegations alleging sexual harassment and assault against British politicians arose in October. A popular blog called Guido Fawkes blog published a spreadsheet that detailed alleged various sexual improprieties conducted by Conservative MPs. The list had reportedly been originally compiled by aides working for the parliamentarians. A total of 36 MPs from the Conservative Party were implicated.

The Labor Party has also been implicated in the ensuing scandal. Bex Bailey, a Labour Party activist and a former member of Labour's National Executive Committee came forward and said that she had been raped by a senior member of the Labour Party. She said, “It took me a while to summon up the courage to tell anyone in the party...But when I did, I told a senior member of staff, who told me...or it was suggested to me that I not report it, I was told that if I did it might damage me.” Jeremy Corbyn, the leader of the Labour Party responded by noting, “There will be no tolerance in the Labour Party for sexism, harassment or abuse...Whatever it takes, we are absolutely committed to rooting it out.”

Sir Michael Fallon became the first MP to step down from his position in the wake of the scandal. A journalist named Julia Hartley-Brewer said that over the course of a dinner in 2002, he kept inappropriately touching her knee. She is reported to have told him at the time that she would punch him in the face if he did that again.

In his resignation letter he wrote, “A number of allegations have surfaced about MPs in recent days, including some about my previous conduct. Many of these have been false but I accept that in the past I have fallen below the high standards that we require of the Armed Forces that I have the honour to represent.”

He told the BBC, "The culture has changed over the years, what might have been acceptable 15, 10 years ago is clearly not acceptable now. Parliament now has to look at itself and the prime minister has made very clear that conduct needs to be improved and we need to protect the staff of Westminster against any particular allegations of harassment.”

Laura Kuenssberg, Political editor for the BBC has called for a change in the culture of Westminster. She has written, “Loyalty is a precious commodity in Westminster, but it has also for many been a trap, or a tool that's used against them. It is one of the powerful elements of culture here that has allowed some cases of harassment, bullying or sexual abuse to go unreported. That's also why it has been so hard to ascertain accurately how widespread the problem truly is.”

Our assessment is that Sir Michael Fallon is unlikely to be the only top politician who will be forced to resign in wake of this scandal. In the recent weeks, more women have been emboldened to come forward and speak against rape culture and sexism. The scandal in Westminster has global implications as well. It is possible as more women across the world come forward, more powerful names even in India will be implicated.