The Web of Israeli Politics

Israel, a country with just 9 million citizens (slightly more than Bangalore City), owes the byzantine nature of its politics to, perhaps, its convoluted history. The Jewish people stake claim to having inhibited these lands throughout the history of the region, since biblical times. This they validate with the available archaeological evidence proudly displayed in Israel’s national museum. Traces remain of two Jewish temples in Jerusalem that were burnt down by the Romans. It is claimed that even when the lost tribe of Israel went into exile, some Jewish people continued to live in Israel.

The return home of the Jewish people started in the late 19th Century when many parts of the world where they had sought shelter turned anti-Semitic. Zionism (after a hill named Zion in Jerusalem), the Jewish nationalist movement, had begun to take root in eastern and central Europe with the goal of creating a Jewish national state in Palestine.

During these intervening 2000 years, the various occupiers of the land of Israel changed depending upon who was the dominant power in the region at a particular time. Islamic rulers took control during the 6th and 7th Centuries and built the Al-Aqsa Mosque on the Temple Mount in Jerusalem, making the site one of the holiest places for Jews, Christians, and Muslims.

As the First World War was ending, the victorious powers Great Britain and France divided the spoils of the Ottoman Empire between themselves, and Palestine came under a British Mandate for the next 30 years. In 1947, post-World War II, UN resolution 181 called for a partition of British mandated Palestine into Arab and Jewish states with the city of Jerusalem as a “corpus separatum" (a separate entity) to be governed by an international regime.

The Zionists launched their war of independence in 1948, thus giving birth to the modern state of Israel. The seven decades since then saw the dramatic gains of the 1967 Six days war (when Israel tripled its territory), with control over the West Bank having two million Palestinians and an equal number in the Gaza Strip. Thus, the seeds of an intractable conflict had been planted.

History has ensured a very special situation for Israel surrounded by hostile states, fighting for its economic and political survival. However, investment in high tech has taken the modern state of Israel into a prosperous future. Yet, internal disputes continue to tear at its integrity and threaten its stability.

The political dynamics of Israel can best be understood through the “four tribes” concept. At the 15th Herzliya Conference in June 2015, President Reuven of Israel defined the socio-demographic structure of modern Israeli society as four growingly equal-sized "tribes" -secular, national religious, ultra-orthodox (Haredi) and Arab. In his view, the future lay in a ‘new concept of partnership’ among these four tribes.

The first tribe is the liberal, traditional, left-wing population usually living in Central Israel in the areas of Tel Aviv, which is usually academic and in high tech professions. They are more left-wing in their economic and political tendencies and support peace negotiations with the Palestinians. They do not regard the occupied territories as ‘holy land’.

The second tribe are the Jewish Orthodox which comprise nearly 15 per cent of the population. They are very Orthodox but do not define themselves as Zionists and live in Jerusalem and in areas around Tel Aviv. They involve themselves in the day-to-day life of Israel in a very limited way as they live in their own internal communities dedicating their lives to studying the holy books. Only the women work, and the men, who are exempt from military service, dedicate their lives to Jewish learning. They wield considerable political influence as they can bring their relatively high numbers to play in any elections.

The Jewish Zionists form the third tribe who are religious but not like the Orthodox Jews. They are generally right-wing in politics and economics and live in North and South of Israel and in Jerusalem. Many live in West Bank and adopt a very aggressive posture towards all of Israel's enemies. They do not believe in negotiations and call peace agreements benefitting only Israel's enemies. They advocate a complete Israeli occupation of the West Bank.

The fourth tribe would be the Arabs, who too are citizens of Israel, forming approximately 20 per cent of the population. They do not define themselves necessarily as Palestinians; they are mostly Muslims, and a small minority are Christians living in Nazareth or Bethlehem. They have their own sharp internal disagreements on negotiations with the Israeli government. They don't always vote or use their political potential. Till the new coalition was founded recently, they were never part of any political coalition in Israel. There is always an ongoing internal debate whether to act like Israeli citizens or take the sides of their Palestinian brethren. 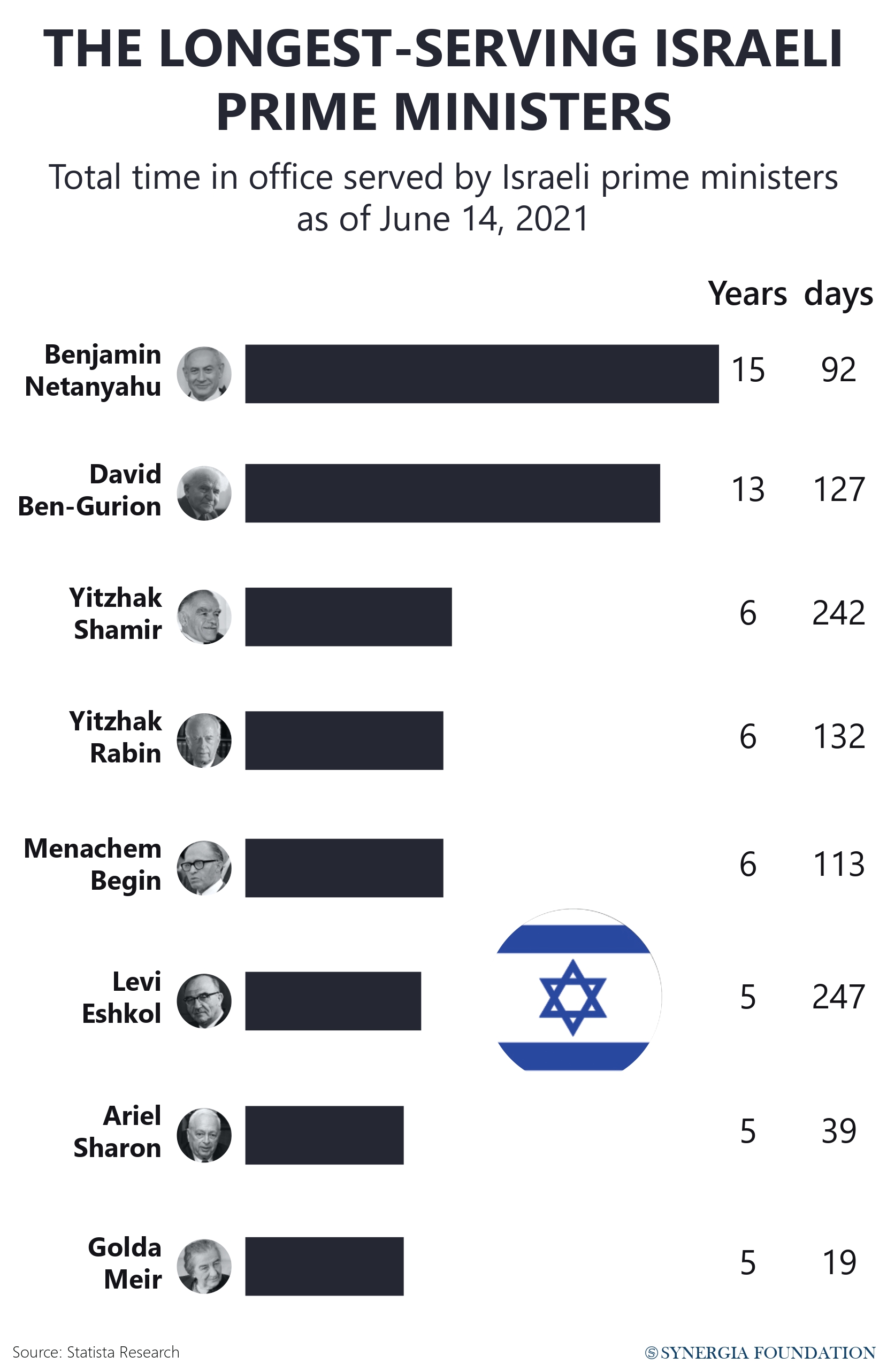 THE MAZE OF ISRAELI POLITICS

Israel is a parliamentary democracy with the executive powers with the Prime Minister. The government is elected by the Knesset (ancient Hebrew for Assembly), which has 120 members. While the government may come from the Knesset but it is also the govt that controls the Knesset. Once there is a coalition majority in the Knesset, such coalition builds the govt which in turn has the power to control the Knesset. This is not a very good situation because usually, parliaments in other countries supervise the executive.

The judiciary is independent; however, like in many other countries, there is the usual conflict between the judiciary and the parliament, especially concerning laws that may contradict human rights or privacy rights in general.

Unfortunately, Israel does not have a constitution because, at the time of its chaotic birth, the situation was too complex to enact one. So, there is no legal definition of the relationship between the judiciary and the executive and the legislature. Basic laws are enacted from time to time to create the foundations of a functioning democracy. This perhaps is a source of some of the internal conflicts.

Elections to the Knesset are held every four years, and the Knesset elects the Prime Minister and the President. In the last two years, four elections were held. In the three elections between 2019 and 2020, no party was able to establish a coalition. There are no limits on the number of tenures of a prime minister.

Benjamin Netanyahu was the Prime Minister for 12 years since 2009; he was also the PM during the late 1990s. His coalition was typically founded on the second tribe and the third one- his supporters being mainly the right-wing religious Zionists and orthodox Jews being opposed by the first and the fourth tribe- the left-wing liberals and Arabs. In the last 12 years, Netanyahu was able to build a coalition even though they were relatively small, like 61 out of 120 of 62 at the most, but it was enough in order to hold on to power.

In 2017, the Attorney General started an investigation against Netanyahu, which eventually ended with an indictment referring to alleged bribery and corruption. This turned the tide of popular support against Netanyahu.

There followed a series of elections. In April 2019, Netanyahu failed with 60 supporters. In the second election, he was able to get only 55 supporters, but the other side, with 65 seats, also could not arrive at a consensus. In the third attempt, Netanyahu, with 58 supporters, remained a minority, and again, the opposition with 62 seats failed to come to a compromise. Netanyahu was able to cobble together a disparate coalition in June 2020 with the support of a fringe party that was equally in support of Netanyahu and his opposition. Not surprisingly, this shaky coalition collapsed in a year.

The fourth election this year saw Netanyahu being beaten with a margin of 59 to 60. The new government under Neftali Bennet is a unique govt where there is a representation of all the tribes but no representation of the Orthodox Jews, which is a pity. However, for the first time, the Arabs are represented, which is a very encouraging thing.

In order to survive, the members of this coalition must be very careful not to step over the toes of their partners, and the price they must pay is that many of them will not be able to practice their ideology to the full extent but will need to make great compromises. 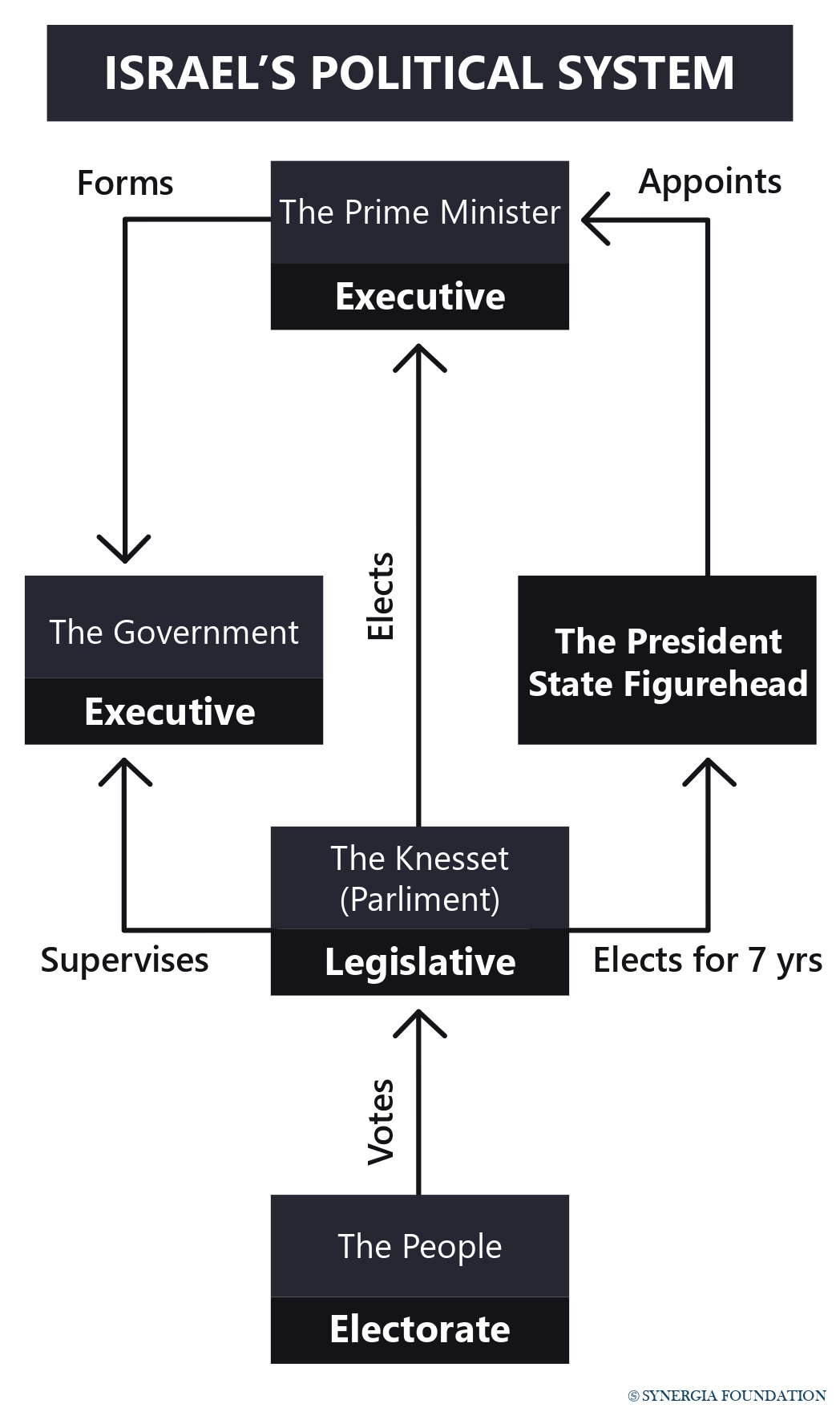 Israel gained control of more than 2 million Palestinians in the six-day war in 1967, and more than 54 years later, there is still no solution to the Palestinian conflict.

The left-wing in Israel advocates a two states solution with the Palestinians having their own independent state. This is the position of the U.S.; this was the position of some prime ministers of Israel, most notably of Yitzhak Rabin, who was assassinated in 1995 after achieving a peace treaty with the Palestinians. Netanyahu has been speaking about the two-state solution but has done precious little to move it forward.

Israel is deeply divided over the Palestine issue. Some support the two-state solution, but others say there is no distinct entity to negotiate, and in the end, any surrender through negotiations will only weaken, or worse, ruin the state of Israel. Right-wingers advocate annexation of all or part of West Bank, which was part of the plan presented by President Trump. Annexation brings up the question of the civil rights of the Palestinians in the annexed territories, whether they would enjoy equal rights as citizens.

There is another school of thought which supports ‘doing nothing’ – let things lie, and this, in fact, was the policy being followed by Netanyahu. Nadav Weisman, a prominent Israeli lawyer, vehemently disagrees with this policy, saying, "We cannot sit aside, we need to move on, we need to be brave, we need to find a solution, we need to have a Palestinian state, we need to believe that humans are eventually good and they do not want to take terror as a way of life, that eventually they will want to have a healthy population and healthy society, that they will succeed in building a country for themselves.”