We are what we breathe

A new study has revealed that pollution is the cause of 9 million deaths across the world annually. It also incurs economic damage of $4.6 trillion.

India has recorded the maximum number of deaths due to pollution. In 2015, 2.5 million Indians died for reasons that can be connected to pollution.

Pollution is described as the the introduction of contaminants into the natural environment. Pollutions often leads to adverse changes in the environment. It can be chemical substances or energy, such as noise, heat or light. Pollutants, the components of pollution, can be either foreign substances/energies or naturally occurring contaminants. Air pollution has existed dating back to prehistoric times when man created fire. However, the onset of urban pollution began with the burning of coal and wood. It was Industrial Revolution that began in the 18th century that gave birth to environmental pollution as we know it in modern times. The main kinds of pollution that have been classified are:

According to a World Health Organization report, 92% of the world’s population lives in places where air pollution exceeds safe limits. Many nations have established tax cuts and subsidies to promote electric vehicles. In the European Union, as of 2011, 15 member-states provided economic subsidies in varying degrees. Today, environmental pollution is the single largest cause of disease and death in low- and middle-income countries.

The Lancet Commission on pollution and health addresses the full health and economic costs of air, water, and soil pollution. It is an initiative of The Lancet, the Global Alliance on Health and Pollution (GAHP), and the Icahn School of Medicine at Mount Sinai, with additional coordination and input from United Nations Environment, United Nations Industrial Development Organization (UNIDO), and the World Bank. The group comprises of influential leaders, researchers and practitioners in the fields of pollution management, environmental health and sustainable development. 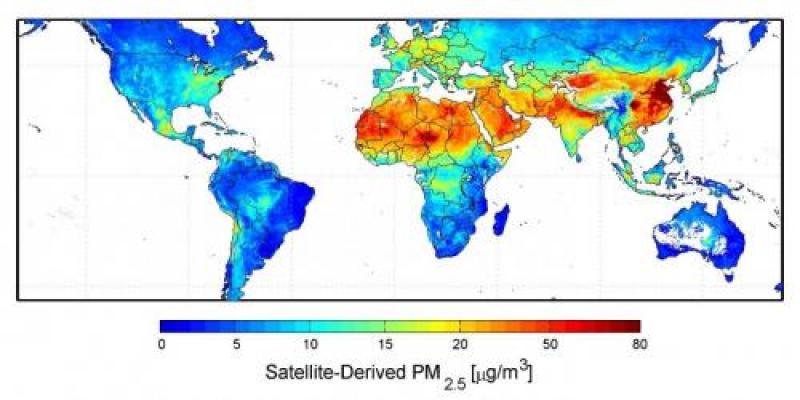 The Commission on Pollution and Health, published a report in the Lancet that revealed that pollution results in the deaths of at least 9 million people annually. The report also notes that it also incurred economic damage of $4.6 trillion.

The study found that India in particular recorded the highest number of deaths across the world due to pollution. In 2015, 2.5 million Indians died due to non-communicable diseases, including strokes and lung cancer, caused by pollution. China came second in the list having recorded 1.8 million such deaths.

“Pollution is one of the great existential challenges of the [human-dominated] Anthropocene era,” concluded the authors of the Commission on Pollution and Health, published in the Lancet on Friday. “Pollution endangers the stability of the Earth’s support systems and threatens the continuing survival of human societies.”

Prof Philip Landrigan, at the Icahn School of Medicine at Mount Sinai, US, who co-led the commission, said: “We fear that with nine million deaths a year, we are pushing the envelope on the amount of pollution the Earth can carry.” For example, he said, air pollution deaths in south-east Asia are on track to double by 2050.

The team behind the report studied data and numbers from the World Health Organization (WHO) and elsewhere. The report found that water pollution was the next major culprit. The team notes that it resulted in the deaths of 1.8 million people. Lead pollution, the one metal for which some data is available, was linked to 500,000 deaths a year.

The countries that have been worst affected by the perils of pollution are also developing nations or poor nations. However, Russia and the US are also in the top 10.

“This is an immensely important piece of work highlighting the impact that environmental pollution has on death and disease,” said Dr Maria Neira, the WHO director of public health and the environment. “This is an unacceptable loss of lives and human development potential.”

Prof Philip Landrigan has noted that even if pollution is curtailed, scientists do not know about the impact of industrial chemicals and pesticides already widely dispersed around the world. He said, “I worry we have created a situation where people are exposed to chemicals that are eroding intelligence or impairing reproduction or weakening their immune system, but we have not yet been smart enough to make the connection between the exposure and the outcome, because it is subtle. Pollution has not received nearly as much attention as climate change, or Aids or malaria – it is the most underrated health problem in the world.”

Reports have revealed that pollution levels spiked across India during Diwali.  Real time pollution data revealed that the pollutants had violated the corresponding 24-hour safe limits of 60 and 100 respectively by up to 10 times in Delhi alone.

Our assessment is that we believe that air pollutants are linked to higher rates of Infant Mortality, increased frequency low birth weight, greater risks of Asthma attacks and other forms of respiratory sickness, premature mortality among adults etc. We feel that good health is a pre-requisite for being productive and air pollution affects both employment and productivity.