Japan’s household spending slid in June but real wages rose at their fastest pace in more than 21 years due to higher summer bonuses. This is a sign that the benefits of a prolonged economic recovery are broadening. Japan is a sovereign island country in East Asia..

Japan’s household spending slid in June but real wages rose at their fastest pace in more than 21 years due to higher summer bonuses. This is a sign that the benefits of a prolonged economic recovery are broadening.

Japan is a sovereign island country in East Asia. Located in the Pacific Ocean, it lies off the eastern coast of the Asian mainland and stretches from the Sea of Okhotsk in the north to the East China Sea and China in the southwest. The population of 127 million is the world's tenth largest. The country benefits from a highly skilled workforce and is among the most highly educated countries in the world, with one of the highest percentages of its citizens holding a tertiary education degree. The country has the world's third-largest economy by nominal GDP and the world's fourth-largest economy by purchasing power parity.

Japan is the third largest economy in the world by nominal GDP after America and China. It has the fourth largest purchasing power parity. It is also considered the world’s second largest developed economy. After the devastation by World War II, it achieved a steady and significant growth in the second half of 20th century. Much of its expansion was due to its highly successful automotive and consumer electronic industries.

In 2017, it was revealed that Japan has blown past industry and market expectations with its growth. According to the official numbers, its GDP expanded at an annualized rate of 4% in the April-to-June period. Industry had forecast a rise of just 2.5%. This is the sixth straight quarter of growth for the country. The robust growth in the economy has been attributed to a rise in exports especially smart phones. The economy has also been boosted due to the investments made to the Tokyo 2020 Olympics. Japanese Prime Minister Shinzo Abe came into power in 2012 on the promise of rejuvenating the economy. He introduced a series of economic reforms that are based on "three arrows" of monetary easing, fiscal stimulus and structural reforms. 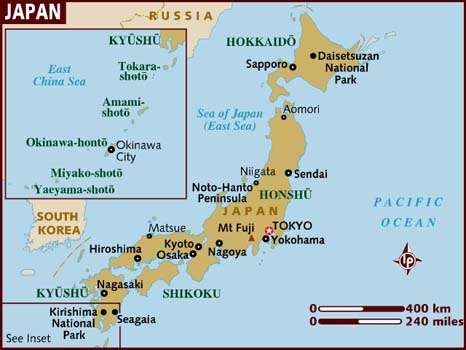 Japan's household spending fell for the fifth straight month in June but real wages rose at their fastest pace in more than 21 years due to higher summer bonuses, which could provide some support for consumer prices. Household income also marked the fastest gain in three years on gains in temporary workers' pay, offering some hope for Bank of Japan policymakers struggling to accelerate inflation to their elusive 2 % target.

The figures come ahead of Friday's release of second-quarter GDP data, which will likely show the economy expanded an annualised 1.4% after contracting in the previous quarter. While spending on housing renovations fell, consumers spent more on beverages, air conditioners and eat-outs partly due to hot weather during the month, the data showed.

Household spending fell 1.2 % in June from a year earlier, government data showed on Tuesday, marking the fifth straight month of declines. But the fall was smaller than market forecasts of a 1.6% slide and a 3.9 % drop in May. "Household spending continued to fall but we're seeing some positive signs," said a government official who briefed reporters on the data. He added that spending may turn up in July as households spend their bonuses handed out at the end of June.

Private consumption has been a soft spot in the economy as slow wage growth prevents households from loosening their purse strings, in turn discouraging companies from hiking prices and keeping inflation far from the BOJ's 2 % target.

Signs of rising wages would be encouraging for the BOJ, which trimmed its inflation forecasts last week and blamed Japan's entrenched deflationary mindset for keeping price growth subdued. Economists polled by a news agency, expect core consumer prices to rise just 1.0%  in the next fiscal year to March 2020, far below the BOJ’s projection of 1.5% .“As long as inflation is hovering around 1 percent, the BOJ will maintain its ultra-easy policy. It likely won’t move toward an exit for much of next year,” said Minami of Norinchukin.

Some analysts warn that growth may be peaking for Japan’s economy, which had enjoyed the longest streak of expansion since the 1980s bubble economy before shrinking in January-March. Factory output fell 2.1% in June, marking the second straight month of decline. Toyota Motor Corp said higher U.S. auto tariffs would ramp up the cost of vehicles produced locally and those imported from Japan. Such risks could cast a cloud over the BOJ’s assumption that continued economic expansion would push inflation to its target.

Our assessment is that, although companies may be raising wages to address a tightening job market, their business prospects could be clouded by escalating protectionism and fears that US may impose auto import tariffs that would devastate Japan’s exports. We feel that export growth is stagnating in Japan, so they may not see external demand drive the economy. However, we believe that this will be offset by strong capital expenditure and improvements in consumption.