Volcano may cool the world

Mount Agung, the active volcano in Bali has witnessed a series of eruptions in 2017. On 25 November a magmatic eruption began. Over 100,000 have had to evacuated..

Mount Agung, the active volcano in Bali has witnessed a series of eruptions in 2017. On 25 November a magmatic eruption began. Over 100,000 have had to evacuated and thousands of tourists are trapped in the Island.

However, climate scientists have noted that this eruption could potentially cool down global temperature for years to come.

Mount Agung is a volcano in Bali.  Gunung Agung stratovolcano is the highest point on Bali. It dominates the surrounding area, influencing the climate, especially rainfall patterns. From a distance, the mountain appears to be perfectly conical. From the peak of the mountain, it is possible to see the peak of Mt Rinjani on the nearby island of Lombok, to the east, although both mountains are frequently covered in clouds. Historically, there have been a few eruptions in Gunung Agung that have been recorded. A report in 1843, there was reportedly an eruption. Swiss botanist, Heinrich Zollinger wrote, “After having been dormant for a long time, this year the mountain began to be alive again. In the first days of the activity earthquake shocks were felt after which followed the emission of ash, sand and stones."

During the past 10,000 years, there are about 1500 volcanoes on land that are known to have been active. This is aside from the continuous belt of volcanoes on the ocean floor. About 500 of these have erupted in historical time. Many of these are located along the Pacific Rim in what is known as the 'Ring of Fire.' 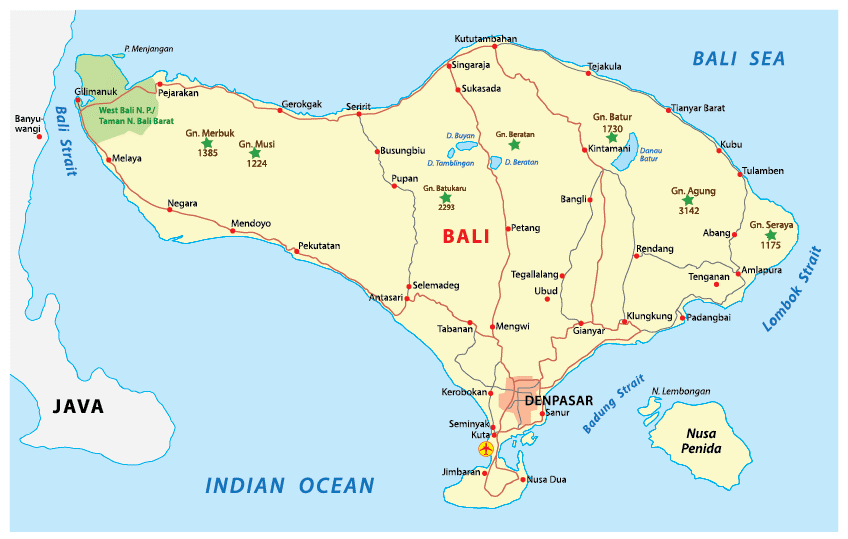 The region around the volcano experience 844 volcanic earthquakes in September 2017. Out of these close to 400 earthquakes were recorded on September 26th alone. Alert level was raised to the highest and over 120,000 people were evacuated from the region. On 21 November, activity increased once again. A phreatic eruption took place, with the ash cloud top reaching 3,842 metres (12,605 ft) above sea level. Up to 100,000 people were ordered to evacuate the vicinity and thousands of tourists have been stranded.

Layers of ash have settled on houses and fields on the Indonesian island after an eruption of Mount Agung. “This is an eruption, this is 100 per cent an eruption,” volcanologist Dr Janine Krippner told news.com.au. Lava is coming out of the volcano, there’s definitely enough to cause trouble. This can get much worse, you can’t outrun this.”

Many of tourists are scrambling for ways to leave as some of them have to deal with expired visas. However, the airports remained shut for three days as smoke continued to rise from the volcano. Regular flights only resumed ion November 29th, 2017. Around 25% of the tourists who are currently in Bali are Australians. Australian Prime Minister Malcolm Turnbull has said that the government is working on ensuring everyone returns home.

One of the surprising aftereffects of the eruption has been the affect it may have on global temperature. A Washington Post has noted that this eruption could cool down the global temperature for months and perhaps even years into the future. The report states, "In the short term, ash particles would cause regional cooling, as the layer of dust prevents some sunlight from reaching the ground. In the long term, sulphur dioxide would mix with water droplets in the atmosphere, spread across the globe and reflect sunlight for up to three years. Average global temperature could decrease significantly.”

Our assessment is that despite property damage, quick action from authorities prevented the eruption from costing lives in Bali. Evacuations were conducted the moment the alert was raised. This eruption has global consequences as it could cool down global temperatures for years to come.