Sri Lanka has seen a resurgence of violence against minorities in recent weeks. In light of religiously-motivated violence, the Sri Lankan government declared a state..

Sri Lanka has seen a resurgence of violence against minorities in recent weeks. In light of religiously-motivated violence, the Sri Lankan government declared a state of emergency. However, riots have yet to subside.

The island nation of Sri Lanka is home to an ethnically diverse population of 21.2 million people, including the majority Sinhalese (74.9%), as well as Sri Lankan Tamil, Sri Lankan Moors, and Indian Tamil population. Buddhism is the official religion of the country (70%), however Hindus (12.6%), Muslims (9.7%), and Roman Catholics (1.3%) are significant minorities.

The country was inundated with civil war for 26 years, from 1983 to 2009. The government was engaged in conflict with the Liberation Tigers of Tamil Ealam (LTTE), a Tamil separatist terrorist organisation. During this time, the country was rife with ethnic tensions and human rights violations. Mahindra Rajapaksa is the president who saw the end of the war. He has been accused of being complicit to the human rights violations during his tenure. Critics say that he allowed extremist Sinhalese and Buddhist organisations to rise during his presidency.

Rajapaksa was thrown from power in Sri Lanka’s 2015 presidential elections by Sirisena, backed by the United National Party (UNP). The United People’s Freedom Alliance (UPFA) is the current ruling coalition between Sirisena’s Sri Lanka Freedom Party (SLFP) and the UNP. The UPFA was elected into office primarily due to promises to investigate war crimes and crackdown on corruption.

In February 2018, the results of the local government elections took observers by surprise. The UPFA was defeated by Rajapaksa-backed SSLP (Sri Lanka Podujana Peramuna). Analysts have noted that this could be linked to increasing Sinhalese and Buddhist nationalism in the country. The result was a blow to the ruling government, which was already plagued by infighting.

Religious conflict has been a cause for concern in Sri Lanka in recent years. In 2014, the country saw the Aluthgama riots due to conflict between Buddhist and Muslim groups. Over four people were killed, and 80 injured, a majority of whom were Muslim. These clashes were largely fuelled by hard-line Sinhalese Buddhist organisations such as the Bodu Bala Sena (BBS). In 2017, a number of diplomats in Colombo condemned the escalating violence and called for the government to address the attacks.

On Tuesday, the Sri Lankan government declared a state of emergency for 10 days due to religious clashes in the district of Kandy. At least three other notable instances of such violence have already taken place this year. 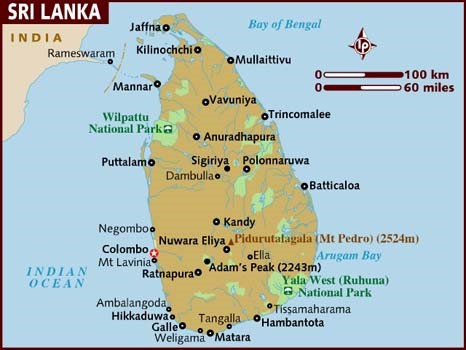 Despite the imposition of an emergency, reports of religious violence have continued to emerge from the central district of Kandy, including the towns of Ambatenna and Welekada.  At least eight have been reported injured and two dead in the Sinhalese led riots targeting the minority Muslim population in the region. This has resulted in a widespread loss of property. Police officers have reportedly been injured.

The Sri Lankan government stated its belief that social media was being used to incite the violence. In the town of Mullegama, Muslim citizens were accused of stealing from a local temple. They were left barricaded inside a mosque as a mob attacked their homes. A similar cause lay behind riots in Abathanna. “There was a story that a temple had been attacked last night, so these groups were going around, stoning and smashing windows of Muslim shops,” a witness in Abathanna said.

Consequently, the state ordered internet providers to block a number of social media apps and websites including Facebook, Instagram, Viber, and WhatsApp. Access to the internet was blocked completely in areas of violence such as Kandy, and was significantly slowed down in other parts of the country.

President Sirisena, who visited the district on Wednesday, said that he had "ordered that the full force of the law be used against troublemakers.”

The army claimed that the situation has improved. “The situation is improving and there have been no major incidents of violence reported in the last 12 hours,” said Major General Dias.

The UN office in Colombo also released the following statement: "The United Nations urges authorities to take immediate action against perpetrators and to ensure that appropriate measures are swiftly taken to restore normalcy in affected areas.”

Analysts have commented on the inability of the Sri Lankan security forces to effectively control the riots. Alan Keenan, from the International Crisis Group said, “The reason for this is unclear… what worries me is the hypothesis that some significant degree of the police and military are sympathetic to the rioters.” He added, “They [the police] may not be sure if they should go after the rioters. Because they are known to have the sympathy, if not the active support of Rajapaksa and his people.”

Our assessment is that Sri Lanka is dangerously close to a return to instability. The government’s sustained inaction has enabled the rise of extremist nationalist groups. In order to address the issue, the government must stop treating the perpetrators of anti-minority crimes with impunity.  As stated previously, we also believe that the emergency is not a long-term solution, and the state must focus on protecting human rights.