US to reinforce sanctions

President Donald Trump says he will fully enforce the sanctions being reimposed on Iran as a result of the US withdrawal from a 2015 nuclear deal. Austria and the European Union Commission believe that the United States’ sanctions go against human rights, Austrian President..

President Donald Trump says he will fully enforce the sanctions being reimposed on Iran as a result of the US withdrawal from a 2015 nuclear deal.

In 2015, Iran agreed to a long-term deal on its nuclear programme with the P5+1 group of world powers - the US, UK, France, China, Russia and Germany. It came after years of tension over Iran's alleged efforts to develop a nuclear weapon. Under the accord, Iran agreed to limit its sensitive nuclear activities and allow international inspectors in the country, in return for the lifting of crippling economic sanctions. 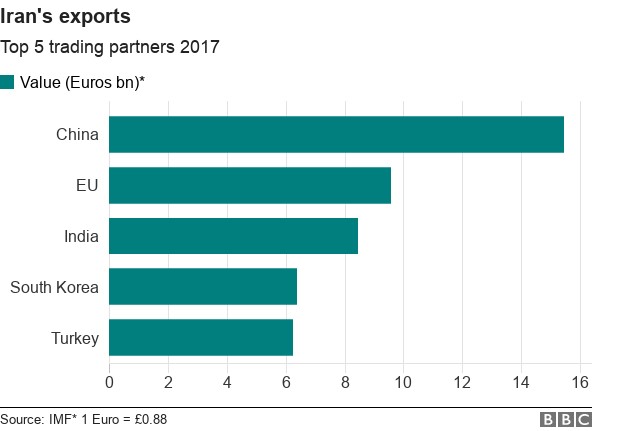 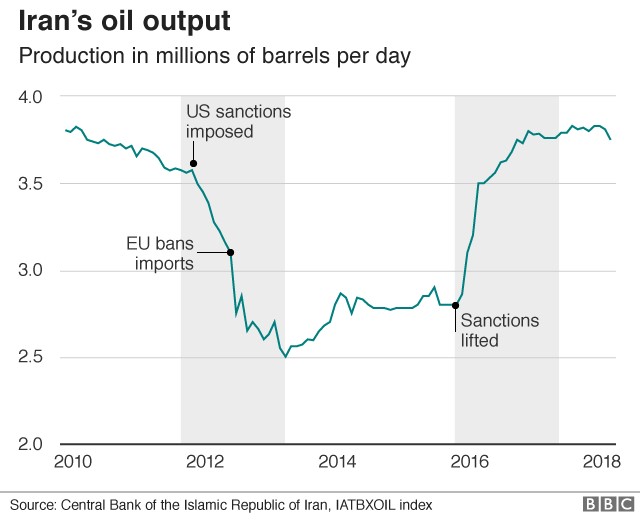 The United States intends to fully enforce sanctions against Iran on orders from US President Donald Trump, stated Secretary of State, Mike Pompeo.

Washington's so-called "snapback" sanctions are due to be reinstated against Tehran at 12:01 a.m. EDT on Aug 7, a US Treasury official said, speaking on condition of anonymity.

The sanctions, which take effect on Tuesday prohibit Iran from the purchase or acquisition of US banknotes, trade in gold and other precious metals including graphite, aluminum, steel, coal, and software used in industrial processes, transactions related to the Iranian rial, activities relating to Iran’s issuance of sovereign debt and trade in the automotive sector.

On 5 November, potentially more damaging sanctions will be reimposed on Iran's port operators and energy, shipping, and shipbuilding sectors, petroleum-related transactions and transactions by foreign financial institutions with the Central Bank of Iran.

Pompeo called the Iranian leadership "bad actors" and said Trump is intent on getting them to "behave like a normal country". He noted that the US has long designated Iran as the world's foremost state sponsor of terrorism and said it cannot expect to be treated as an equal in the international community until it halts such activities.

Iran slammed the decision. Mohammad Javad Zarif, the Iranian foreign minister, said that the “bullying, economic power and political pressure [from Washington] may have led to some disruptions [in Iran] but today the US is isolated in the world”.

Iran on its part will ease foreign exchange rules, state TV reported on Sunday, in a bid to halt a collapse of the rial currency. Iran's currency hit a new record low on Sunday, dropping past 100,000 rials to the U.S. dollar.

Pompeo said the United States wants "the Iranian people to have a strong voice of who their leadership will be," although he stopped short of calling for regime change in Tehran.

Protests broke out on Sunday for a sixth night in Iranian cities, including Kazeroon in the south, according to social media. The protests have often begun with slogans against the high cost of living and alleged financial corruption, but quickly turned into anti-government rallies.

Trump's pressure campaign appears to have had some results. US officials in recent years have accused both the regular Iranian navy and the Iranian Revolutionary Guards Corps of routinely harassing American warships in the Gulf. There have been fewer such incidents in 2018.

The White House’s policy has faced resistance from Europe where France, Germany and Britain want to preserve the Iran deal even without US participation. German, French and British foreign ministers said in a statement that was joined by Federica Mogherini, Brussels’ top diplomat, that the EU “deeply regrets” the reimposition of sanctions. “Preserving the nuclear deal with Iran is a matter of respecting international agreements and a matter of international security,” they said.

The EU said it would allow European companies that were affected by the US sanctions, to sue the US government. Under a “blocking statute”, European businesses will not have to comply with US secondary sanctions that target companies that do business with Iran. They will also be able to sue the US in EU member states for compensation.

Our assessment is that the economic impact of the sanctions will compel the Iranians to negotiate with Trump. We believe that it will be pragmatic on the part of Iranian leadership to take such a step. We feel that the primary goal of Ayatollah Khameni is to preserve his rule as long as he is alive and he might swallow this bitter pill and accede to negotiations with the US.