The US may continue Korean War Games

Washington has no plans to “suspend any major military exercises on the Korean Peninsula” amidst rising tensions with North Korea. The relationship between the US and North Korea has always been fractious. The nation, which has isolated itself from the rest of the world, shares...

Washington has no plans to “suspend any major military exercises on the Korean Peninsula” amidst rising tensions with North Korea.

The relationship between the US and North Korea has always been fractious. The nation, which has isolated itself from the rest of the world, shares bilateral relations largely with just China and Russia. During the war between North and South Korea in 1950, US forces successfully intervened on behalf of South Korea. To this day, there are 28,500 American soldiers, sailors, airmen and Marines in South Korea as part of United States Forces Korea (USFK).

North Korea views the United States as its greatest threat. The distrust is mutual as former US President George W. Bush referred to North Korea as part of the “Axis of Evil.”

The Singapore Summit between US President Donald Trump and North Korean Supreme Leader Kim Jong Un was seen as a historic meeting. It was the first meeting between a serving U.S. president and a North Korean leader. Although there was no official confirmation, North Korea’s denuclearisation was discussed extensively. 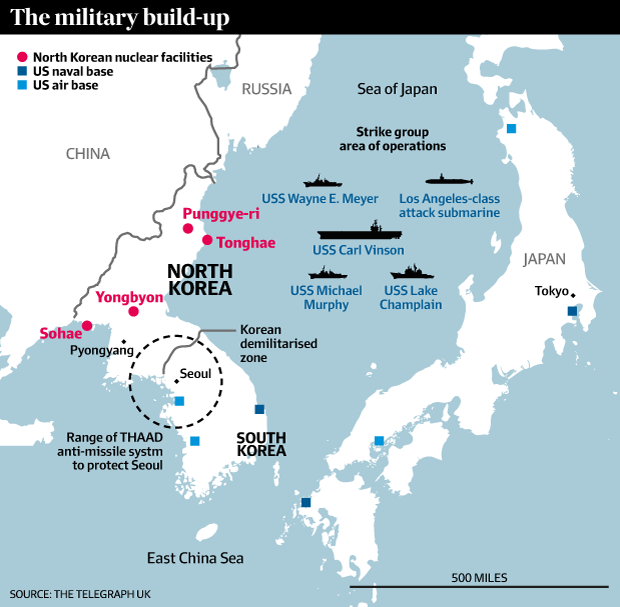 Read more of our extensive analysis on the Singapore Summit and US-North Korean relations here and here.

Secretary of Defence Jim Mattis told a Pentagon news conference that no decisions had been made about major exercises for the next year but noted that there would be a suspension of drills this summer as a good-faith gesture to North Korea.

U.S. President Donald Trump’s June decision to unilaterally suspend the drills caught many American military planners off guard and was broadly criticized as a premature concession to North Korean leader Kim Jong Un, who Trump wants to give up his nuclear weapons. The comments on the drills come at a delicate time for negotiations between the United States and North Korea after Trump jettisoned plans for a meeting between top officials from both countries.

At the June summit, Kim had agreed in broad terms to work toward denuclearization of the Korean peninsula. But North Korea has given no indication that it is willing to give up its weapons unilaterally as necessitated by Trump. Since then, diplomats have failed to advance the process.

North Korean officials in a communique to U.S Secretary of State Mike Pompeo warned that denuclearization talks risked falling apart, U.S. officials said. In particular, the North wants concrete steps toward a peace treaty. The 1950-1953 Korean War ended in an armistice rather than a peace treaty, leaving U.S.-led U.N. forces technically at war with North Korea.

U.S. officials fear North Korea might turn its attention to cutting a separate deal with South Korea, thereby driving a wedge between the U.S. and South Korea. U.S. intelligence and defence officials have repeatedly expressed doubts about North Korea’s willingness to give up its nuclear weapons, making it clear that they did not expect Pompeo’s trip to yield positive results.

Mattis declined to comment on the broader diplomatic efforts, deferring it to Pompeo’s State Department.

There is a good chance that the tensions between the US and North Korea may temper down. President Trump has expressed his willingness to meet Kim Jong Un for another meeting, and the US may push for a more comprehensive agreement.

Critics of the Singapore Summit argue that President Trump gave away too much to North Korea when he unilaterally decided to stop the military exercises in South Korea. However, it may have been an extension of goodwill in the run-up to the summit.

Our assessment is that the US will continue to host its military exercises in South Korea, irrespective of the recent stall in the negotiations. We feel that the US forces in South Korea and Japan will continue their exercises until a definitive agreement with North Korea is achieved. We believe that Trump is mindful of the  Chinese strategy to keep the Korean issue on the boiler as long as the Americans continue with their trade sanctions. We also feel that the decision of Trump to host the military exercises is intended to put pressure on the North Koreans who might feel threatened of a possible military action by the US.