On January 2018, it was announced that the United States has approved the sale of anti-ballistic missiles to Japan worth $133.3 million. The sale comes during a period when there..

On January 2018, it was announced that the United States has approved the sale of anti-ballistic missiles to Japan worth $133.3 million.

The sale comes during a period when there is increased concern in Japan over the growing nuclear and missile threat posed by North Korea.

The Japan Self-Defense Forces are the unified military forces of Japan that were established in 1954. In recent years they have been engaged in international peacekeeping operations including UN peacekeeping. Recent tensions, particularly with North Korea, have reignited the debate over the status of the JSDF and its relation to Japanese society. New military guidelines, announced in December 2010, will direct the JSDF away from its Cold War focus on the former Soviet Union to a focus on China, especially regarding the territorial dispute over the Senkaku Islands, while increasing cooperation with the United States, South Korea, Australia and India.

In March 2017, it was announced that Japanese Self Defense Force, on a United Nations peacekeeping mission in South Sudan, would withdraw. Japan’s 350-strong military contingent had been on a five-year mission to the region. Abe faced a lot of criticism for the mission and had promised to resign if any troops were killed. Critics have said that Abe’s actions went against Japan's war-renouncing constitution.

There are daily logs kept by the ground self-defense forces. Last year, the Japanese government said that they could not release the logs from July 2016 as they had been discarded. This caused a scandal as it was the same time when violence erupted in the region. The government, which reportedly recovered some of the data in a computer released the partial logs. As a result of this scandal, Japan’s Defense Minister, Tomomi Inada, resigned in 2017.

From the late 20th century and onwards, the United States and Japan have firm and very active political, economic and military relationships. The United States considers Japan to be one of its closest allies and partners. 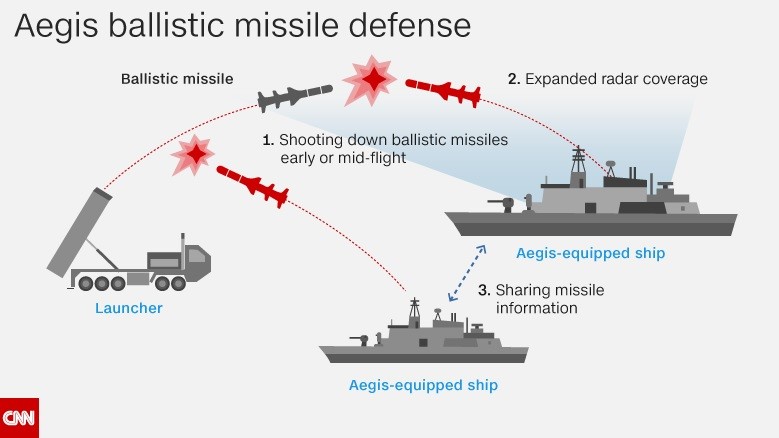 As North Korea has continued to ignore the growing calls to disable its nuclear program, Japan has become particularly vulnerable. In August 2017, North Korea flew two missiles over Japan. The nation called it the “first step” in its Pacific operations. In September 2017, the nation has conducted its sixth nuclear test to date. One of the missiles was a Hwasong-12 rocket and it was launched close to North Korea’s capital, Pyongyang. The US and Japan have discussed the growing threat posed by North Korea and its nuclear programme.

On January 2018, it was announced that the United States has approved the sale of anti-ballistic missiles to Japan worth $133 million. The US State Department confirmed the sale amid growing concerns of the nuclear and missile threat posed by North Korea. The sale included four Standard Missile-3 (SM-3) Block IIA missiles, four MK 29 missile canisters, and other technical, engineering and logistics support services.

An official from State Department was quoted by the CNN as stating, “If concluded, this proposed sale will contribute to the foreign policy and national security interests of the United States by enhancing Japan's Maritime Self Defense Force's ... ability to defend Japan and the Western Pacific from ballistic missile threats.” The sale would also "follow through on President (Donald) Trump's commitment to provide additional defensive capabilities to treaty allies" threatened by North Korea's "provocative behavior," the official added. The SM-3 Block IIA is an anti-ballistic missile that can be employed on Aegis-class destroyers or on land, via the Aegis Ashore program, according to a State Department official.

The sale also comes during a period when the Japanese Prime Minister Shinzo Abe is trying to revise the nation’s pacifist constitution. Critics have noted there is a growing concern that the nation would be increasingly militarized as a process. Post the general elections that resulted in a resounding victory for Abe in 2017, analysts noted that he will continue to push for greater militarization. “Now that pro-constitutional change parties occupy more than two-thirds of the parliament, the constitution will be the most important political issue next year,” said Hidenori Suezawa, a financial market and fiscal analyst at SMBC Nikko Securities.

Our assessment is that the sale of anti-ballistic missiles is a move to ensure Japan’s safety regarding the threat posed by North Korea. Additionally, as a US ally, a more robust military in Japan will eventually work out advantageous with the US. The sale is also in line with Abe’s increased ambition to revise the country’s pacifist constitution. Additionally, it is sync with Trump’s views that allies need to shoulder more costs when it comes to their own security.