Government data has shown that the unemployment rate had risen to 5%, up from 4.9% in 2013-14. This is in addition to a recent study by economist Vinoj Abraham, who has..

This is in addition to a recent study by economist Vinoj Abraham, who has revealed that the employment growth has slowed down dramatically between 2012 and 2016.

From 1983 to 2011, the unemployment rate in India has averaged 9%. Nearly half the Indian population is employed in the agricultural sector even though this industry accounts for 15% of the nation’s GDP. In the past the government introduced schemes like the Mahatma Gandhi National Rural Employment Guarantee Act 2005 to address the unemployment problems in the nation.

In 2013, while on the campaign trail, the Indian Prime Minister Narendra Modi promised that his government would help increase employment. He said that he would help create 10 million new jobs in the country. However, the reality has been different.

It has been reported that the unemployment rate in India shot up to a five-year high of 5 per cent for the year 2015-16. Additionally, there have been massive lay-offs in the nation’s IT sector. In 2017, it was announced that seven of the biggest IT firms were planning to ask at least 56,000 engineers to leave. The number of lay off this year is twice as compared to last year.

Developing nations like India with a growing labor force will also face a massive challenge in the years ahead. According to research by human resources (HR) solutions firm PeopleStrong, by 2021 nearly a quarter of people in India will be losing their jobs to automation. “These job cuts due to automation will not happen immediately, but the impact will become prominent by 2020. The change has started, with companies introducing bots for customer service, managing warehouses, etc.,” said Pankaj Bansal, co-founder and chief executive officer of PeopleStrong. 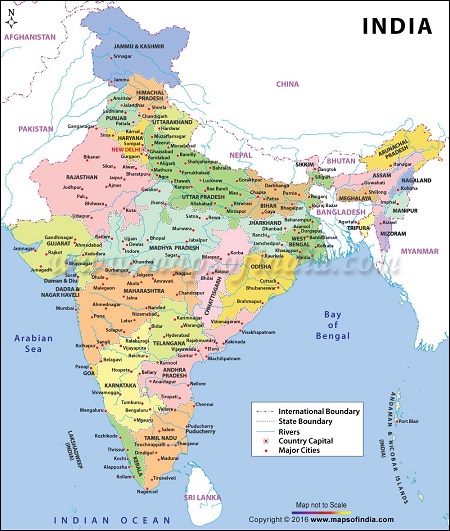 Every year, there are 12 million Indians entering the workforce. However, many do not have the education and work skillset required to get salaried employment. Additionally, construction and real estate sectors are not growing at a fast-enough rate to provide adequate employment to those who are seeking labor centric jobs.

2017 also witnessed a considerable slow down in the nation’s economy. Between the months of April and June, the nation’s economy grew by 5.7%. This is a three year low. According to experts, this has been due to the demonetization introduced by the government in November 2016. The introduction of the Goods and Services Tax has also added to the woes. Petrol and diesel prices in India are at a three year high. This despite the fact crude oil prices have almost halved during the period.

The Asian Development Bank (ADB) has lowered India’s GDP growth forecast for the current fiscal to 7%. It had earlier estimated India’s growth rate would be 7.4% in July 2017.

The International Labor Organization has predicted that the number of jobless in India will increase from 17.7 million in 2016 to 18 million by 2018. Government data has shown that the unemployment rate had risen to 5%, up from 4.9% in 2013-14.

Dr Joshi, author of India's Long Road - The Search for Prosperity has been quoted by the BBC stating, "The future of employment looks even worse because the labor force is expected to grow rapidly. Around a million new work seekers will enter the labor force every month for the next three decades. As things stand India is well on the way to perpetuating a two-tier economy. India has an employment problem only in the sense that the workforce is maldistributed: employment in the high-labor productivity organized sector is growing too slowly, and at the same time, too much labor continues to be bottled up in low labor productivity, ill-paying unorganized sector."

A recent study by economist Vinoj Abraham revealed that the employment growth has slowed down dramatically between 2012 and 2016.

Our assessment is that the increase in unemployment will indicate stagnation in job creation. This will lead to both rising unemployment and worsening social inequality for the next 18 months. Boosting economic growth in an equitable and inclusive manner needs a policy approach which is multifaceted and should be able to address the underlying causes of secular stagnation. The worry of unemployment extends globally including those in developed countries and much needs to be done to mitigate the estimated rise of unemployment of over two million people in the coming year.