Early this month, the much-awaited counter-offensive launched by the Ukrainian Army materialised. Beefed up by thousands of its soldiers trained by NATO members, including the UK, and flush with heavy artillery and air defence weapons, the assault was expected.

The Ukrainian military claims that while the Russians had anticipated the attack and had been busy regrouping their forces to thwart it, they were caught by surprise by its intensity and direction. The offensive targeted the strategic north-eastern region of Kharkiv, while a diversionary thrust was launched toward Kherson. President Zelensky claims to have recaptured 8000 sq km of territory, including border cities of Izium, Kupiansk and Balakliia. However, since independent media is still barred from visiting the battle zones, these claims lack independent verification.

Having stalled most of the Russian offensive drives in the South and the East, the NATO-backed and advised Ukrainian defence forces were preparing for a counter-offensive to retake lost territory in their heavily industrialised northeast. The U.S. and NATO, which have poured billions of dollars’ worth of arms, ammunition and equipment into the war for the last seven months, were demanding results from the Ukrainians. 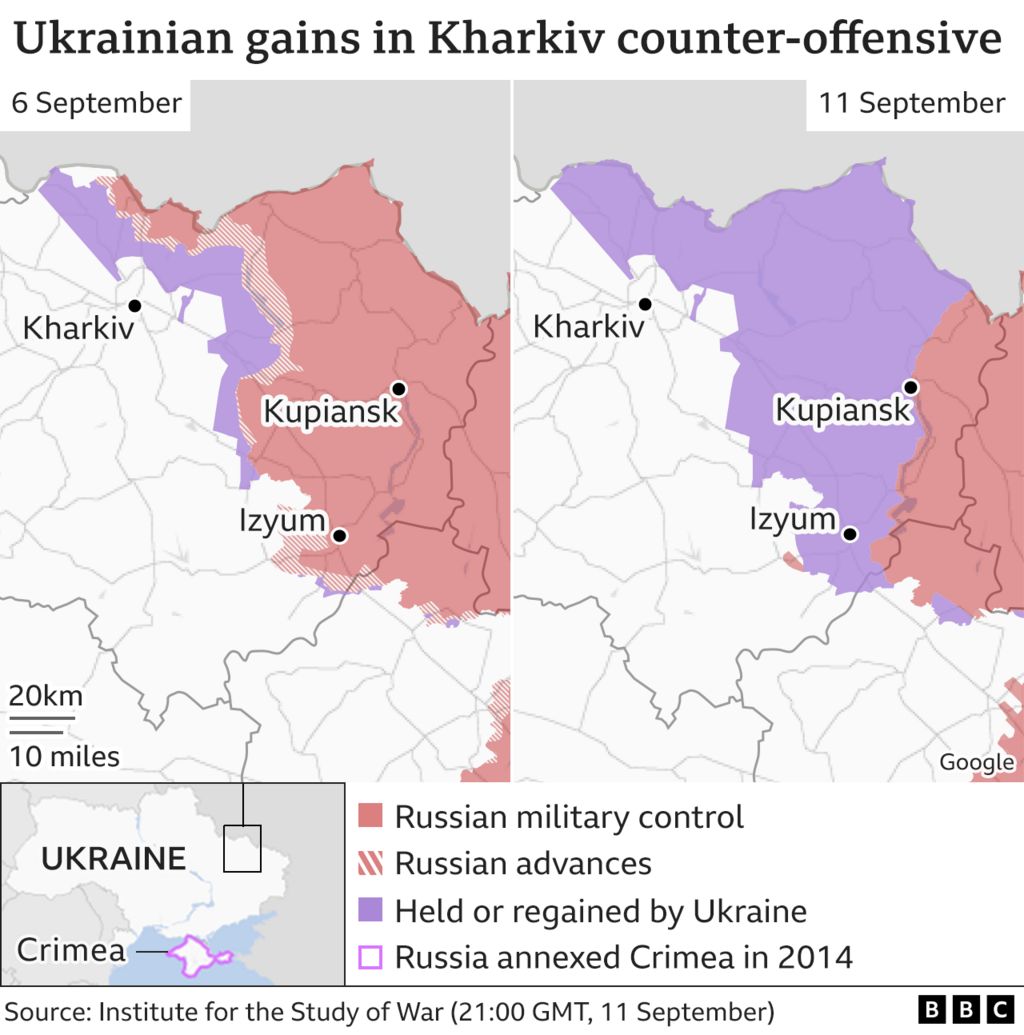 Having been elevated into a frontline state of the West against 'Russian expansion', the Ukraine military has been transformed since the invasion. Thanks to the generous contribution of NATO, it has scrapped its Soviet-era weaponry for the latest cutting-edge western technology, much of it being fielded for the first time in actual combat. It is evident that Western surveillance resources are being fully made available to Ukrainian forces to get a much superior battlefield awareness than the Russians. In modern warfighting, superiority in battlefield situational awareness or battlefield transparency can act as a force multiplier in battle. This is clearly evident in the current round of fighting as American and German air defence systems have virtually restricted Russian air power from reconnaissance missions, thus denying them the ability to detect and discern Ukrainian intentions.

As per the Wall Street Journal, the secret of the Ukrainian Army's battlefield performance has been years of training by the NATO member countries. As the February faceoff drew closer to an invasion, at least eight NATO countries were involved in the training programme. Even now, thousands of young Ukrainian volunteers undergo basic infantry tactics in the UK's Salisbury Plains and other training establishments.

For nearly a decade, NATO has been quietly training over 10,000 soldiers every year to shift the mentality of both tactical and operational commanders from rigid Soviet-era command styles to a modern western way of waging war that emphasises initiative at every level. This attribute has been much in evidence within the embattled Ukrainian forces since the 'special military operation’ started.

When matched with the latest weaponry, trained soldiers will always be a winning combination. Flush with initial reports of penetrations in the Russian defence line, the Ukrainians quickly acknowledged NATO's role. The Ukrainian Foreign Minister gushed, “Weapons, weapons, weapons have been on our agenda since spring. I am grateful to partners who have answered our call: Ukraine’s battlefield successes are our shared ones.”

The NATO imprint on the Ukrainian offensive plan is quite evident. Media reports indicate that NATO intelligence pinpointed weak links in Russian defences, its command-and-control hubs, and vulnerable logistic and transport hubs and reserves. These were effectively targeted by the artillery and long-range missiles generously supplied by NATO members. At the same time, Russian air power has been kept at bay by a plethora of latest-generation German and American anti-aircraft weapons and missiles. As Scott Ritter, a former U.S. Marine Corps intelligence officer, writes in Consortium News, "Russia is no longer fighting a Ukrainian army equipped by NATO, but a NATO army manned by Ukrainians.”

While the Ukrainian counter-offensive seems to have made good progress in the opening stages, it is far from achieving a total eviction of the Russian from the captured areas in the East and the South. This will be a long and bloody slugging match.

Russia can afford to exchange space for time, as it did in 1941 when 3 million Nazi soldiers launched Operation Barbarossa. Once it has committed its strategic reserves, Ukraine may have problems reconstituting them. On the other hand, Russia has used its standing forces only and refrained from implementing the draft for general mobilisation, as it is not at war constitutionally.