Uganda in high alert over Ebola

Authorities in Uganda are on high alert after the Democratic Republic of Congo on Friday confirmed a case of Ebola on its border with Uganda. The Ebola Virus Disease (EVD) is a severe illness in humans. The approximate case fatality rate is 50%. The first outbreaks of Ebola occurred in 1976 in remote Central African villages, near tropical...

Authorities in Uganda are on high alert after the Democratic Republic of Congo on Friday confirmed a case of Ebola on its border with Uganda.

Uganda has had five outbreaks since 2000, the latest in 2017. The contagious disease causes haemorrhagic fever, vomiting and diarrhoea. Ebola killed 11,300 in West Africa in 2013-2016, though treatment during that outbreak was less advanced. 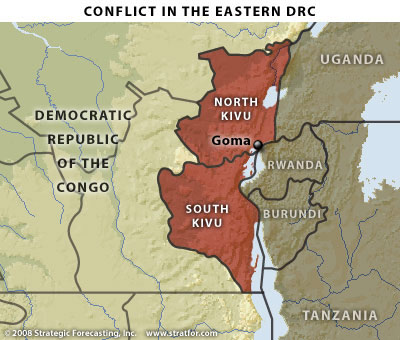 Read more about our extensive analysis on this year’s Ebola outbreak in DRC here.

The new infection is almost 200 km (125 miles) away from the nearest other known case in Congo’s current Ebola outbreak, which is believed to have killed 97 people since July and infected another 46 in North Kivu and Ituri provinces.

Ituri province’s Vice Governor Keta Upar said in a statement that the latest Ebola case had been reported in Tchomia on the shores of Lake Albert. It is the closest the disease has come to Uganda, Congo’s eastern neighbour.

Uganda’s health ministry said on Thursday it was preparing to deploy vaccinations against the virus should it spread to its territory.

Congo has experienced 10 outbreaks of Ebola since it was discovered in the country’s forested north in 1976. The disease causes haemmorhagic fever, vomiting and diarrhoea and kills about half of the people it infects.

Health officials have made progress slowing the spread of the virus with experimental vaccines and treatments. But violence and turmoil in eastern Congo have made some areas difficult to access.

Dozens have been killed in ethnic clashes between groups in Djugu territory where Tchomia is located, with thousands crossing into Uganda to escape the violence.

Uganda borders Congo’s Ituri and North Kivu provinces, where Ebola is believed to have killed 97 people since the latest outbreak started in July, and infected another 45.

A death from Ebola was recorded this month in the Congolese city of Butembo, which is a hub for Congolese mineral exports and imports from East African ports via Uganda.

In a statement on Thursday, the WHO said it was assisting Uganda, which has remained clear of Ebola so far this year, to set up the “ring vaccination” strategy being used in Congo.

Under the strategy, every contact of an Ebola case including health workers and family members is traced and vaccinated.

The experimental vaccine, manufactured by Merck, was first deployed to the Congo this year. It is designed to target the Zaire strain of the virus, which was confirmed to have caused Congo’s current outbreak.

The ongoing conflict across the border in DRC has fastened the spread of Ebola. Refugees fleeing into Uganda may be carrying Ebola and could be accelerating the spread of the disease. In addition, the poor state of public health in Congo, coupled with the tropical climate is the perfect environment for the spread of water-borne viruses.

More importantly, the porous border between the Northern Kivu provinces and Uganda will result in the unchecked spread of the virus.

Our assessment is that all efforts must be made to ensure that the deadly virus is contained. If the Ebola outbreak spreads to the eastern border the ongoing conflict will hinder treatment and aggravate the spread of the disease. We believe that the study of lethal infectious diseases is a necessity, particularly when these diseases disproportionately affect countries in the developing world.