Vice President Mike Pence will represent the President at the Asian leaders in Singapore and Papua New Guinea in November 2018. This is the first time since 2013 that a US president has not attended the semi-annual US-ASEAN Summit. The Association of South East Asian Nations (ASEAN) is a regional intergovernmental..

Vice President Mike Pence will represent the President at the Asian leaders in Singapore and Papua New Guinea in November 2018.

This is the first time since 2013 that a US president has not attended the semi-annual US-ASEAN Summit.

The Association of South East Asian Nations (ASEAN) is a regional intergovernmental organization comprising ten Southeast  Asian countries that promotes intergovernmental cooperation and regional integration amongst its members and other Asian states. The ASEAN Summit is a semi-annual meeting held by the members of the Association of Southeast Asian Nations in relation to economic, political, security and socio-cultural development of Southeast Asian countries.

Although the United States is not a member, ASEAN is important for Washington’s foreign policy objectives. The US is one of ASEAN’s largest trading partners and source of FDI. The ongoing maritime border dispute between ASEAN members and China further align the US and ASEAN. 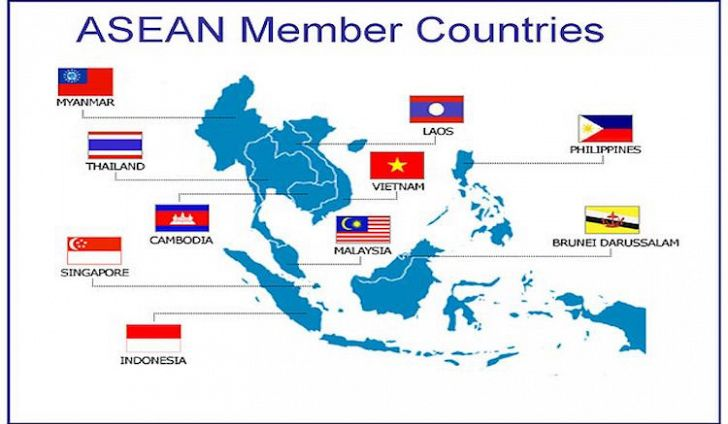 U.S. President Donald Trump will skip summits with Asian leaders in Singapore and Papua New Guinea in November, and will send Vice President Mike Pence in his place.

Trump was invited to attend the U.S.-Association of Southeast Asian Nations summit and the East Asia summit in Singapore and also the Asia-Pacific Economic Cooperation forum in Papua New Guinea. He had attended these events last November.

White House spokeswoman Sarah Huckabee Sanders said Trump asked Pence to represent him at the summits, where he will “highlight the United States’ vision of a free and open Indo-Pacific, based on respect for sovereignty, the rule of law and the principles of free, fair and reciprocal trade.”

Trump will travel to Paris to attend a Nov. 11 commemoration of the 100th anniversary of the armistice that ended World War I. “While in Europe, the president also will visit Ireland to renew the deep and historic ties between our two nations,” Sanders said.

Trump’s decision to skip the Asian summits will inevitably raise questions about the extent of his commitment to ASEAN. South East Asia has many of the U. S’s pressing foreign policy challenges. These include Trump’s stalled efforts to persuade North Korea to give up a nuclear weapons program. A strategic rivalry with China, with whom Trump has engaged in a major trade war, is also a major foreign policy consideration for the Trump administration.

In August, U.S. Secretary of State Mike Pompeo attended a regional foreign ministers’ meeting in Singapore to prepare for the November summits and pledged nearly $300 million in new security funding for the Indo-Pacific — a drop in the ocean compared to the billions that China has been pouring into the region.

Asia experts were not surprised by Trump’s decision. Jonathan Pollack of the Brookings Institution think tank, noted that Trump was not the first president to cancel trips to the Asian summits — his predecessor Barack Obama caused great disappointment when he withdrew from them in 2013. Obama did so due to a government shutdown at home, but the decision raised questions about his vaunted “pivot” to Asia to counter China.

Many countries in South-East Asia are caught in between the US and China. The US’ calls for a free and open Indo-Pacific region have been ineffective so far. Regional experts call this the US’s attempt to remain relevant in the region.

Our assessment is that despite the President not attending the summit this year, ASEAN will not lose its importance in Washington’s new Indo-Pacific strategy. Recent efforts by the US-led “Quad” to counter China’s Belt and Road Initiative (BRI) projects in South East Asian are proof of the US’s commitment to ASEAN. We feel that Vice President Pence’s presence in these summits should shield the administration from any more criticisms.