A huge leak of documents called the Paradise Papers are depicting how the rich across the world including UK’s Queen Elizabeth and Canadian Prime Minister Justin Trudeau use..

A huge leak of documents called the Paradise Papers are depicting how the rich across the world including UK’s Queen Elizabeth and Canadian Prime Minister Justin Trudeau use offshore tax havens to make massive investments.

The International Consortium of Investigative Journalists (ICIJ) is an Washington D.C.-based intelligent network. In February 2017, it spun off into a fully independent organization which includes more than 200 investigative journalists in over 70 countries

The Panama Papers are 11.5 million leaked documents that detail financial and attorney–client information for more than 2,14,488 offshore entities. The documents were leaked to a German journalist called Bastian Obermaye. The documents belonged to Mossack Fonseca, a Panamanian law firm and corporate service provider.

Many influential and powerful people from across the world including politicians were implicated in these documents. Journalists who investigated them found that many of these transactions were legal. However, some of the shell companies that had been set up were indulging in illegal activities. It was the International Consortium of Investigative Journalists (ICIJ) that posted the full document on its website. The fall of political leaders like Pakistani Prime Minister Nawaz Sharif can be traced back to investigations that stemmed off from Panama Paper leaks. 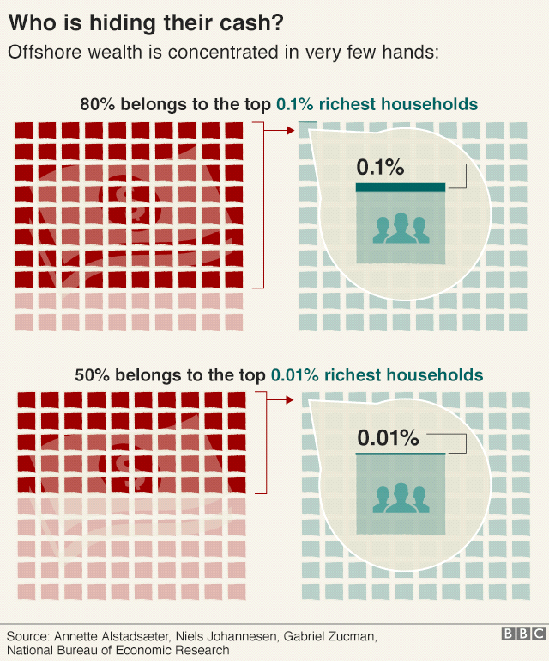 The leak, dubbed the Paradise Papers, contains 13.4m documents, mostly from one leading firm in offshore finance called Appleby. German newspaper Süddeutsche Zeitung obtained these files and then shared them with the ICIJ. According to the official website, “the Paradise Papers documents include nearly 7 million loan agreements, financial statements, emails, trust deeds and other paperwork over nearly 50 years from inside Appleby, a prestigious offshore law firm with offices in Bermuda and beyond. The leaked documents include files from the smaller, family-owned trust company, Asiaciti, and from company registries in 19 secrecy jurisdictions.”

The Paradise Papers reveal offshore interests and activities of more than 120 politicians and world leaders, including Queen Elizabeth II whose private estate indirectly invested in a rent-to-own loan company accused of predatory tactics.

The ICIJ blog said that the public can expect the following stories in the coming weeks:

So far, Canada's PM Justin Trudeau has been linked to offshore schemes. The Prime Minister himself had campaigned to shut down tax havens. In America, Secretary of Commerce Wilbur Ross, a long-time business partner of President Donald Trump, has been revealed to have investments in a shipping firm with significant ties to Russian President Vladimir Putin’s son-in-law and a Russian oligarch under American economic sanctions.  This could become a problem for the White House as there is an ongoing investigation to see if the members of the Trump campaign colluded with players from Russia. A spokesman for Ross told the New York Times that the commerce secretary has “recused himself from any matters focused on transoceanic shipping vessels, but has been generally supportive of the administration’s sanction of Russian and Venezuelan entities.”

In context of India, the leaked files have been connected to 100 MNCs and more than 700 Indian companies and individuals are said to be among those named in the list.

In response to the leaks, Appleby said it was "satisfied that there is no evidence of any wrongdoing, either on the part of ourselves or our clients", adding: "We do not tolerate illegal behaviour."

Our assessment is that it is too early to say what the implications of the Paradise Papers will be. In the coming weeks as more stories emerge, the powerful players in politics and business may be implicated. At its core, offshore accounts are not illegal but some do use these discreet platforms for illegal activities. Furthermore, it is about inequality between the “have’s” and the “have-nots”. The lack of transparency is also troubling.