Apple shares have risen to an all-time high, opening up 3.5 percent. Analysts now believe that the Apple could soon become the first trillion-dollar company. Apple Inc. is one of the most successful..

Apple shares have risen to an all-time high, opening up 3.5 percent. Analysts now believe that the Apple could soon become the first trillion-dollar company.

The first generation iPhone was released on June 29, 2007, and there have been multiple new hardware iterations with new iOS releases since. As of January 2017, Apple's App Store contained more than 2.2 million applications available for the iPhone. There have been over 1.2 billion units of the iPhone have been sold over the years. The original iPhone was described as "revolutionary" and a "game-changer" for the mobile phone industry. Newer iterations have also garnered praise, and the iPhone's success has been credited with helping to make Apple one of the world's most valuable publicly traded companies. 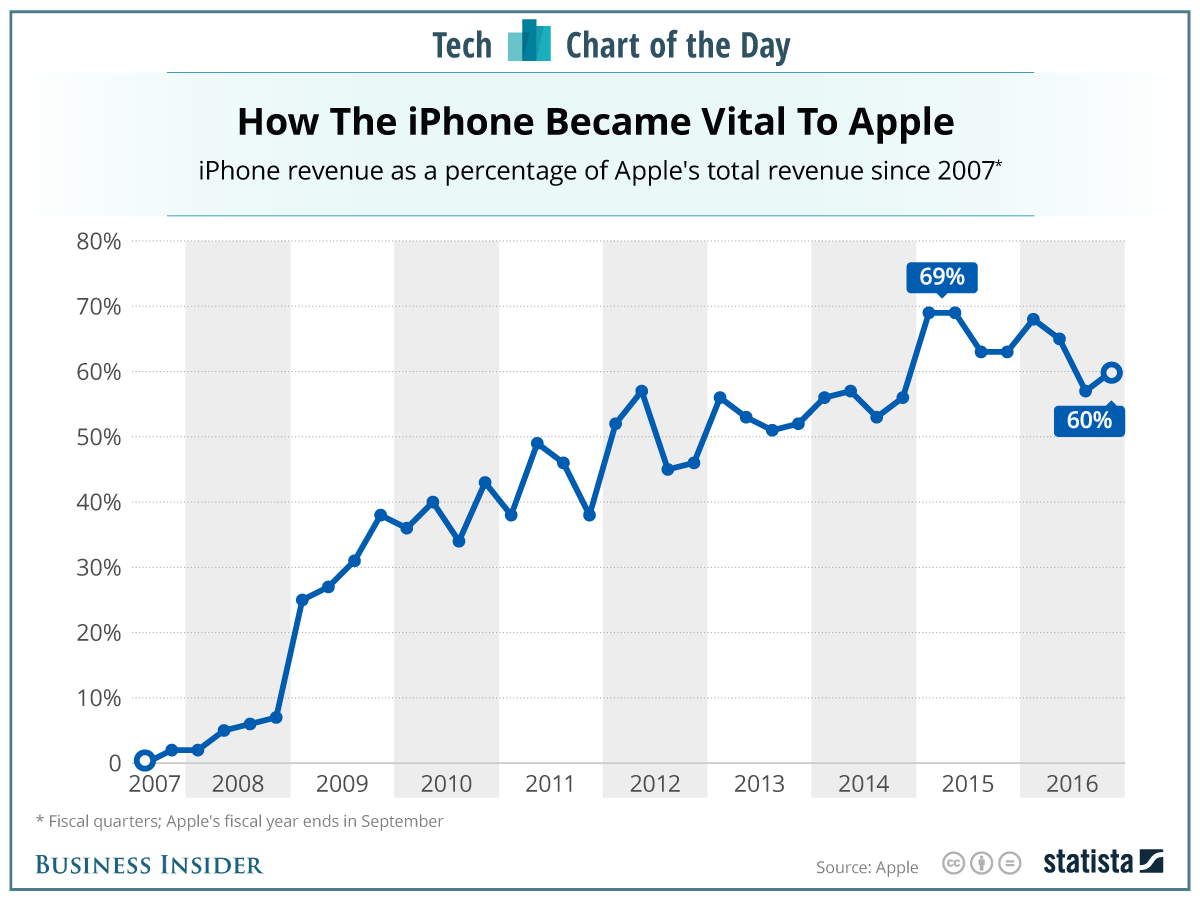 US equity markets have been performing robustly since the US Presidential elections. It has been a bull market since 2009. Markets have responded to the US administration’s promise of fiscal policies and has been buoyed by technology companies posting higher than expected quarterly results. In August 2017, for the first time in its 121-year history, Dow Jones Industrial Average broke the 22,000 barriers. This was largely due to Apple’s third quarter results. At the time Tim Cook, Apple’s CEO said, “With revenue up 7 percent year-over-year, we’re happy to report our third consecutive quarter of accelerating growth and an all-time quarterly record for Services revenue.”

In November 2017, Apple’s latest phone -iPhone X – hit the markets globally. It is by far the company’s most expensive unit priced at £999. It has been billed as the phone celebrating the 10th anniversary of the iPhone. The unit has been met with largely positive reviews. In addition, Apple once against posted profits for its fourth quarter results. Though its costs increased, Apple said profits were $10.7bn in the quarter, increasing 18%. “We’re happy to report a very strong finish to a great fiscal 2017, with record fourth quarter revenue, year-over-year growth for all our product categories, and our best quarter ever for Services,” said Tim Cook, Apple’s CEO. He added, “With fantastic new products including iPhone 8 and iPhone 8 Plus, Apple Watch Series 3, and Apple TV 4K joining our product lineup, we’re looking forward to a great holiday season, and with the launch of iPhone X getting underway right now, we couldn’t be more excited as we begin to deliver our vision for the future with this stunning device.”

Due to higher than expected sales, Apple shares hit an all-time high, opening up 3.5 percent. Analysts said Apple was now closer to becoming the first trillion-dollar company, as shares rose 2%. "A trillion-dollar market cap may now be in Cook's sights in light of these results and guidance around iPhone X," said Daniel Ives, an analyst at GBH Insights. There have been increased sales in regions like China and sales of other products like Mac, iPad and Apple Watch have also grown.

In India, around 2.5 million iPhones are estimated to have been sold between October 2015 and September 2016. Despite growth in the region, Apple has struggled against other smartphones in the country due to its high price points. In 2017, Cook met with Indian Prime Minister Modi to discuss how best to increase its presence in the nation in line with the government’s “Make in India” campaign. Some of the points discussed were about Apple’s iPhone SE facility in Bengaluru which is the Cupertino-based company’s first production facility in India Apple’s operating system ‘iOS’ currently accounts for 740,000 jobs in India. Additionally, Indian app developers have created a growth of 57 percent. Currently only limited units of iPhone X have been shipped to India and it is currently only available for those who have pre-ordered it. Any orders right now would take a few weeks, according to the company. Media reports have stated that people had formed long lines in metro cities like Mumbai to get one of the units. iPhone X India price starts at Rs. 89,000 for the 64GB version, while the 256GB version is priced at Rs. 1,02,000.

Our assessment is that with increased sale numbers of its products, Apple now has the momentum to become a trillion-dollar company. The company has rightly recognized India, with its growing middle-class population, as a prime market for expansion. However, as long as price points remain high, this might be difficult.