The recently concluded German elections are momentous for many reasons. For one, they signal the definitive end of the Merkel era, a political epoch defined by the Chancellor’s cautious, pragmatic, occasionally ruthless approach to geopolitics and the economy. Secondly, these elections have broken a binary power status quo between the conservative CDU (Christian Democrats) and the left-wing SPD (Social Democrats) that has existed since World War II.

HOW THE YOUNG VOTED

Those under 30, while constituting a modest 14.4 per cent of the German electorate, nevertheless helped sway the status quo into a more fragmented parliament. Young people’s voting patterns in the recent German election show a preference for the Green party and the FDP, the latter of which has surprised many experts. Even as pundits are wondering which political party will be able to capitalize effectively on the fomenting discontent in Germany, especially in the wake of the COVID-19 pandemic, it is evident that the classically liberal messaging of the FDP has found favour with this demographic. If ignored or side-lined by the leading parties, there are concerns that young voters may turn populist and vote for the far-right parties such as the AfD (Alternative for Germany), which gave a poor showing in this election. 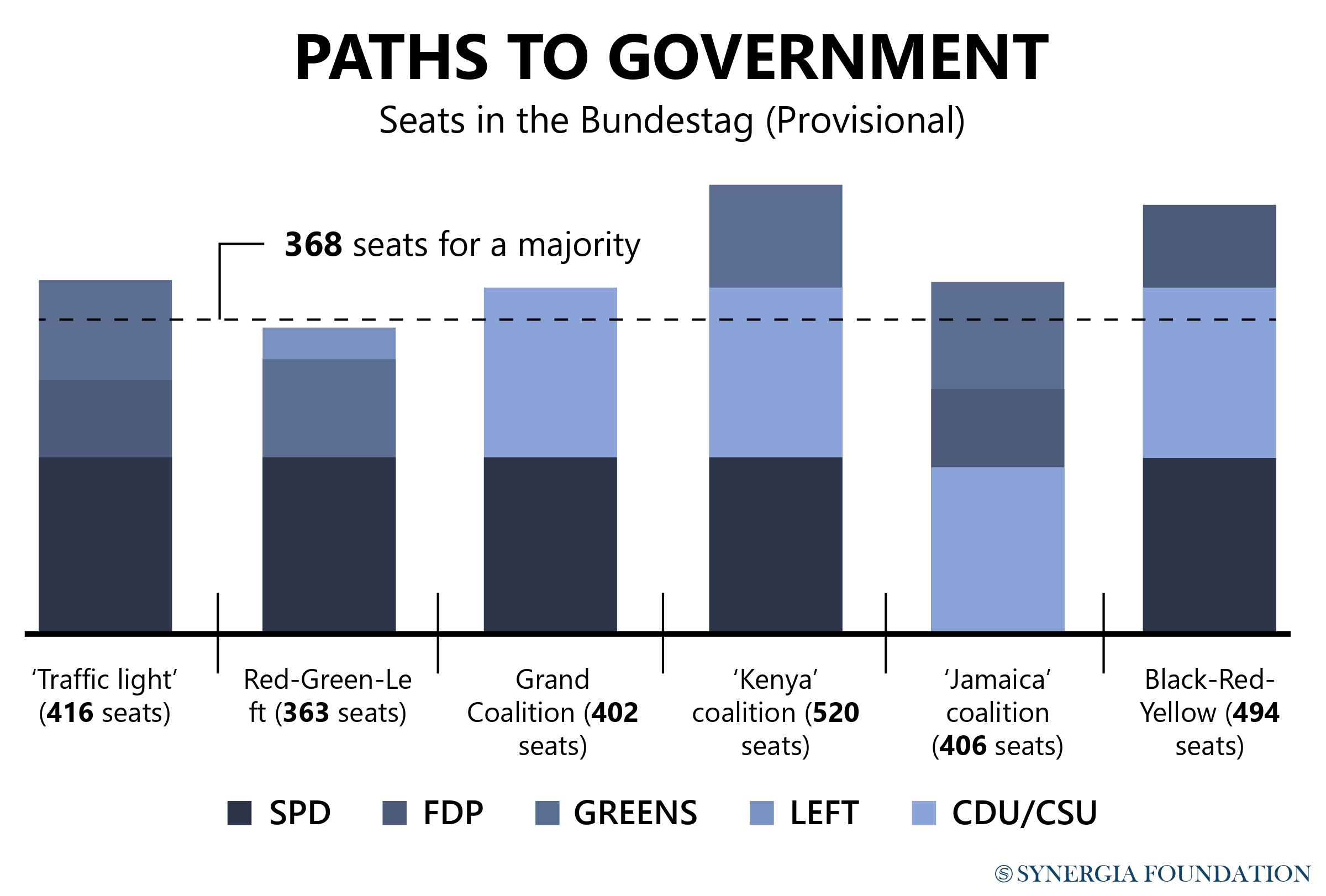 THE VICISSITUDES OF THE FDP

The FDP has, over the years, positioned itself as the liberal 'party of business', championing free markets, individual rights and limited government. Despite years spent facing the threat of impending irrelevance, they have experienced an unlikely revival during the COVID-19 pandemic, during which they made full use of their powers as the opposition to question the government’s restrictions on people’s freedoms. The party’s leader Christian Lindner has given many speeches to this effect. “After a year of the pandemic, the time has come for us to free ourselves from this spiral of fear and closures,” he said recently.

The deputy leader of the FDP, Nicola Beer, has also issued a statement saying, “After this pandemic, we’re going to need an economic miracle that can only unfold in an environment of innovation and less bureaucracy. We want to unleash people's potential, and in order to do that, you have to make more space for new ideas and technologies instead of increasing tax and regulatory burdens." These classically liberal ideas have received a new fillip in light of the growing discontent amongst the citizenry, especially those who have been economically impacted by the lockdowns.

In the likely event of a Traffic-light coalition, it remains to be seen how the three parties will strike a balance between their political agendas. The Green Party, in its election manifesto, has made commitments to create a Climate Ministry with sweeping veto powers. It has also pledged to honour the Paris Agreement’s decree on capping global warming at 1.5 degrees celsius. More radical Green Party members fear a dilution of the party’s goals as a result of coalitions.

As the parties continue their negotiations, party officials have said that there are differences of opinion on a number of issues, especially relating to finance and the environment. If the traffic-light coalition comes to power, it will be interesting to note how the government synthesizes the Greens’ radical environmental agenda with the FDP’s interest in digitalization, innovation and limited government. The results show clearly that both messages are capable of appealing to young people.

Experts have pinpointed the weakening of an international liberal consensus, ever since the rise of populist governments in a number of countries. As a case in point of this weakening, the Democratic party in the USA is currently being torn apart in two different directions. New, insurgent members called the ‘Democratic Socialists’ favour radical agendas such as the Green New Deal, which face irrevocable opposition from centrist Democrats, fiscal conservatives, and libertarians because they disagree with the sweeping expansions of state power. The unfolding political situation in Germany could reveal possibilities of finding common ground between economic imperatives and environmental concerns without ideological polarization.