The UN World Tourism Organisation has announced that Spain is all set to replace the United States as the second most popular tourist destination in the world. France is expected..

The UN World Tourism Organisation has announced that Spain is all set to replace the United States as the second most popular tourist destination in the world. France is expected to hold onto the top spot. The ranking reflects the number of visitors that each nation across the world recorded in 2017.

The final numbers and rankings are expected to be released around Spring time.

Tourism in Spain is the 3rd major contributor to the national economic life just after the industry and the business/banking sector, contributing about 10-11% of Spain's GDP. Ever since the 1960s and 1970s, the country has been a popular destination for summer holidays, especially with large numbers of tourists from the UK, France, Germany, Italy, the Benelux and the United States, among others. Accordingly, Spain's foreign tourist industry has grown into the second-biggest in the world.

In 2016, there were 1.235 billion international tourist arrivals worldwide, with a growth of 4% as compared to 1.186 billion in 2015. France, United States, and Spain attract the largest number of foreign visitors each year in that order in 2016. That year, Spain attracted 75.3 million tourists. This marked the fourth consecutive year of record-beating numbers. Some of the most popular destinations in Spain are Barcelona, Seville, Ibiza and Costa Brava.

However, Spain has not been without controversy in the recent months. In 2017, the crisis erupted when Catalonia voted to secede from Spain. The secessionist movement resulted in Madrid dissolving the government in Catalonia and violence also broke out. Tens of thousands took to the streets to protest.  In addition, there was also a deadly terror attack that took place in the country. 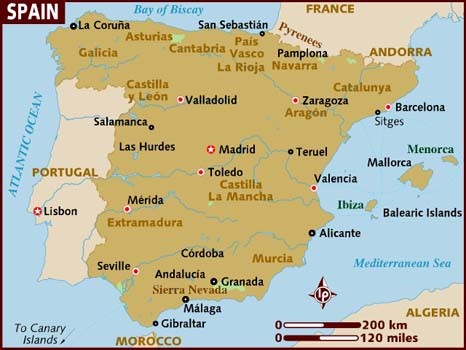 Despite political upheaval, Spain has continued being a popular tourist destination. In fact, the UN World Tourism Organisation, which is a specialized agency part of UN, has revealed that it was the second most visited nation in the world.

According to Spanish Prime Minister Mariano Rajoy, the total number of visitors to Spain increased significantly in 2017. He noted that total earnings from the tourism sector grew by 12%. In 2017, the revenue generated from tourism was €87bn euros (£77bn) last year. Meanwhile, the number of tourists to US has dropped in the past year. Numbers have revealed that tourism was down by 5% in the first quarter and by three percent in the second quarter of 2017. Some experts have attributed this the polarizing opinions surrounding US President Donald Trump. In fact, this phenomenon has been called the “Trump slump.”

John Kester, head of tourism trends at UNWTO, said: “We do see that demand for European destinations has been very strong. We also see important recovery in France.” In fact, according to the UN, travel itself has increased in 2017.

“International travel continues to grow strongly, consolidating the tourism sector as a key driver in economic development,” said UNWTO Secretary-General Zurab Pololikashvili. “As the third export sector in the world, tourism is essential for job creation and the prosperity of communities around the world. “Yet as we continue to grow we must work closer together to ensure this growth benefits every member of every host community, and is in line with the Sustainable Development Goals.”

Our assessment is that despite all the problems Spain faced politically and otherwise, tourism to the region has been largely unaffected. Even terror attacks in Spain and France have not made a dent in these regions. Is it perhaps due to public perception? These regions have created a sustainable environment that has made them ideal destinations for visitors. In comparison, traditionally tourist destinations like Iran, Beirut, and Egypt have suffered over the years due to various factors that include instability. India, for all its attractions, should also be one of the most preferred holiday destinations but has struggled over the years to attract the same level of tourists.