In Chinese mobile brand Gionee a legitimate threat to Apple iPhones? The phone maker Gionee has released a number of full-screen smartphones, the cheapest of which sells for a tenth of the price of the iPhone X.

The first generation iPhone was released on June 29, 2007, and there have been multiple new hardware iterations with new iOS releases since. As of January 2017, Apple's App Store contained more than 2.2 million applications available for the iPhone. There have been over 1.2 billion units of the iPhone have been sold over the years. The original iPhone was described as "revolutionary" and a "game-changer" for the mobile phone industry. Newer iterations have also garnered praise, and the iPhone's success has been credited with helping to make Apple one of the world's most valuable publicly traded companies.

Gionee is a Chinese smartphone manufacturer based in Shenzhen, Guangdong. Founded in 2002, it is one of China’s largest mobile phone manufacturers. According to Gartner, its market share in China was 4.7% in 2012, and it has expanded into other markets, including India, Taiwan, Bangladesh, Nigeria, Vietnam, Myanmar, Nepal, Thailand, the Philippines and Algeria. In August 2016, Gionee introduced their plans to build a manufacturing plant in India. At the same time, Gionee introduced its first Made in India smartphone with the introduction of the F103 model. The model was manufactured in a Foxconn plant in Sricity, Andhra Pradesh. 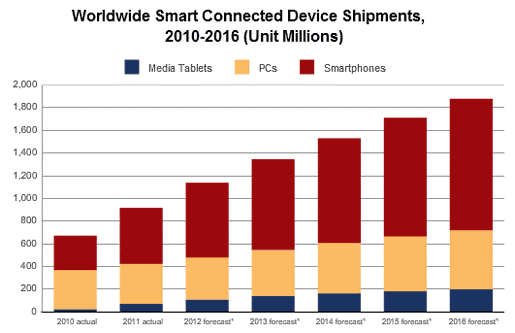 In Chinese mobile brand Gionee a legitimate threat to Apple iPhones? The phone maker Gionee has released a number of full-screen smartphones, the cheapest of which sells for a tenth of the price of the iPhone X.

Recently, Gionee unveiled eight new full-screen smartphones, marking its strategic use of such technology on all of its models. The eight products range from the M7 Plus to top the lineup at a price of 4,399 yuan ($666.8), to the most affordable, the F205, at 999 yuan. "Gionee's strategy of producing a complete line of full-view display smartphones is also a strategy of product innovation and product differentiation.The trend of full-screen display is irreversible and unstoppable.”

The company now is the first smartphone supplier across the world to equip all its new handsets with full 18:9 aspect ratio displays. Analysts have stated that this particular strategy will accelerate the worldwide adoption of full-screen, bezel-less smartphones.

“I do think that the general industry is moving towards that direction (of 18:9 screens),” said Tay Xiaohan, a senior market analyst at research firm IDC. “Gionee’s strategy shows that it has taken a stand on how all of its products are now positioned in the market.”

The company’s new phone being positioned as a direct rival to iPhone X is M7 Plus. It is 6.43 inches big and comes with active matrix OLED display. This display is larger than the 5.8inch display offered by iPhone X. M7 Plus is priced at $667 whereas the iPhone X is $999. The iPhone X is the most expensive phone ever sold by Apple.

Prices for Gionee’s other phones such as its S-series handsets are even cheaper. They start from $272 and come with a 5.7-inch display. In 2016, Gionee, sold 40 million handsets.

Our assessment is that the cheaper Gionee will pose a serious threat to Apple’s expansion in developing nations like India. Premium iPhones from Apple are considered too expensive and niche for emerging countries like India, where there are millions of new smartphone adapters every year. Given that Gionee is able to sell similar features at cheaper costs, growing bases like India might adopt to it faster than the Apple iPhone.