In the span of 24 hours, Surabaya, a city in Indonesia has been targeted by a string of terror attacks. This includes suicide blasts in three churches in the city that..

In the span of 24 hours, Surabaya, a city in Indonesia has been targeted by a string of terror attacks. This includes suicide blasts in three churches in the city that were carried out by a family of six (including four children). ISIS has claimed responsibility for the church blasts.

This group has been designated a terrorist organization by the United Nations and many individual countries. ISIL is widely known for its videos of beheadings of both soldiers and civilians, including journalists and aid workers, and its destruction of cultural heritage sites. The United Nations holds ISIL responsible for human rights abuses and war crimes and Amnesty International has charged the group with ethnic cleansing on a "historic scale" in northern Iraq

Surabaya is a port city and the capital of East Java province of Indonesia. It is one of the earliest port cities in Southeast Asia. Located on northeastern Java on the Madura Strait, it is the second largest city in Indonesia. It has a population of around 2.7 million people. The government of Indonesia recognises six official religions - Islam, Protestantism, Catholicism, Hinduism, Buddhism and Confucianism.

In January 2016, ISIS claimed responsibility for one of the largest terror attacks to take place in Indonesia in recent history. Multiple explosions and gunfire were reported near the Sarinah shopping mall in central Jakarta. One blast took place inside a Starbucks café and one blast took place a police post right outside the mall. It resulted in the deaths of eight people (including the 4 attackers). 24 were wounded.

In 2017, Gen. Gatot Nurmantyo, the country’s military chief warned that ISIS now has a pervasive presence in Indonesia with established sleeper cells in the region.

Indonesia has often been the target of deadly terror attacks. In 2002, over 200 people were killed in two bombings carried out by al-Qaeda-linked militants on the island of Bali. 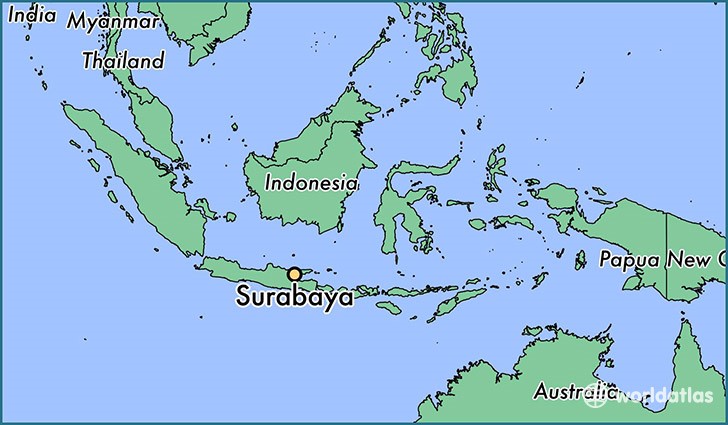 A family of six, which included four children, orchestrated a series of blasts across three churches in Surabaya. It resulted in the deaths of at least 13 people. ISIS claimed responsibility for the church related bomb blasts.

Less than 24 hours later, another family carried out a bomb attack on a police headquarters. This attack killed at least 4 people. Police confirmed the attack was carried out by a family of five, including an eight-year-old. The eight year old has reportedly survived the bomb blast. East Java police spokesman Frans Barung Mangera said, “Clearly it’s a suicide bombing. We can’t open up all details yet because we are still identifying victims at the scene and the crime scene is being handled.” No group has taken responsibility for the latest attacks.

“This is the act of cowards, undignified and barbaric,” President Joko Widodo said on Monday, addressing both the church attacks and the subsequent blast in the police station.

The police noted that the family that orchestrated the church attacks had recently spent some time in Syria. The patriarch, Dita Oepriarto, was reportedly the head of a local IS inspired Jemaah Ansharut Daulah cell. He dropped his wife and two daughters at Diponegoro Indonesian Christian Church. Both the girls, aged 9 and 12, had bombs strapped to their bodies as did their mother. They blew themselves up upon arrival. Oepriarto, then headed to Surabaya Centre Pentecostal Church with his car filled with explosives and launched his own attack. Meanwhile, his two sons, aged 16 and 18, attacked Santa Maria Catholic Church with the bombs that they had been carrying.

It has been noted as one of the deadliest attacks to have taken place in Surabaya. It should be noted that later on Sunday another bomb blast took place in an apartment complex in the city. Authorities have yet to reveal whether or not these attacks are coordinated attack on the city.

Our assessment is that the latest string of attack indicate that Indonesia has become highly vulnerable to terror elements linked to ISIS. It should be noted that the Philippine city of Marawi, which is separated only by a short distance from Indonesia has witnessed a rise in IS-related extremism. It is possible for such operatives to activate sleeper cells across Indonesia, making the nation further vulnerable to violent attacks. We believe that this tragic incident further emphasises the need to address the underlying causes behind extremist activity.