A gunman went on a shooting spree in France that has resulted in the deaths of at least four people. The gunman also took hostages in a French supermarket..

A gunman went on a shooting spree in France that has resulted in the deaths of at least four people. The gunman also took hostages in a French supermarket.

25-year-old Radouane Lakdim has been identified as the attacker and he died after being gunned down by French law enforcement. He had pledged his allegiance to the Islamic State (ISIS).

ISIL or ISIS is the Islamic State of Iraq and the Levant, a Salafi jihadist militant group and unrecognized proto-state that follows a fundamentalist, Wahhabi doctrine of Sunni Islam. It gained prominence in early 2014 when it drove Iraqi government forces out of key cities, followed by its capture of Mosul. It is known for its videos of beheading of both soldiers and civilians, including journalists and aid workers, and its destruction of cultural heritage sites. The UN holds ISIL responsible for human rights abuses and war crimes. Amnesty International has charged the group with ethnic cleansing on a “historic scale” in northern Iraq.

ISIS has been responsible for multiple terror attacks across the world – especially in Western nations. One of the most horrific attacks to take place in France occurred on November 2015. On the evening of 13 November 2015, a series of coordinated terrorist attacks comprising mass shootings and suicide bombings occurred in Paris and Saint-Denis, France. It resulted in the deaths of 137 people in total. On the evening of 14 July 2016, a vehicle-ramming attack took place in Nice, France when a man deliberately drove a cargo truck into a crowd of people celebrating Bastille Day on the Promenade des Anglais. 86 people were killed and 434 others were injured. Both these attacks were orchestrated by ISIS.

ISIS has claimed responsibility for multiple terror attacks in the recent years including ones that took place in the UK. 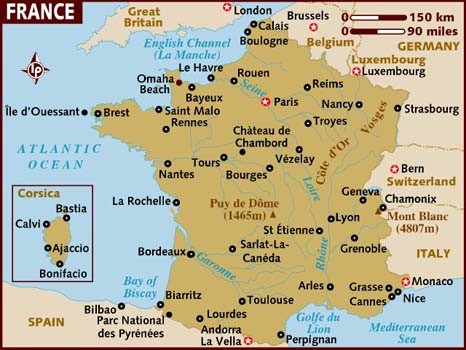 An armed man took hostages in a supermarket in France that resulted in a shooting spree. According to latest reports, at least five have been killed as a result of this attack (including the gunman) and many more have been injured. The gunman has been identified as Radouane Lakdim, a 25-year-old man who has pledged allegiance to the Islamic State. He went on a shooting rampage across two towns in France.

Among those who have been killed is police officer Lt-Col Arnaud Beltrame. The law enforcement officer had heroically swapped himself for one of the hostages in the supermarket. French President Emmanuel Macron called the attack an act of "Islamist terrorism".

The gunman had taken the hostages in a bid to negotiate the release of Salah Abdeslam. He is considered the most important surviving suspect in the 2015 attacks in Paris.  Ladkim was shot and killed by police. Molins says a woman who was close to the suspect and shared a life with him was taken into custody on Friday.

Christian Guibbert, an eye witness told reporters "we heard an explosion, well, several explosions. So I went to see what was happening and I saw a man lying on the floor and another person, very agitated, who had a gun in one hand and a knife in the other one."

Meanwhile, the Islamic State group has claimed responsibility for the attack and the group has stated that this had been orchestrated by one of its "soldiers." It is still unclear if the gunman was acting on his own after being radicalized online or was acting on orders from the terror group.

“The level of the terrorist threat on our territory has not waned,” said François Molins, the Paris prosecutor, who handles terrorism investigations nationwide. “It is the result of radicalized individuals who are on our national territory.”

Lakdim was already being monitored by French authorities prior to the attack. He had been flagged by French intelligence services in 2014 “because of his radicalization and of his ties to the Salafist movement,” and that he had been under surveillance in 2016 and 2017. There are around 20,000 people on the same kind of watchlist.

Our assessment is that the latest attack indicates the threat posed by those who have been radicalized by terrorist propaganda but work outside the structures of terror networks and groups. France has become a frequent target for terror attacks. This has to be addressed by the nation’s law enforcement.