Saudi’s reduction of oil prices has intensified the price war with Russia that will also affect the U.S. Shale industry. Will the stricken world economy gain or lose?

Who will blink first?

On Friday the 28th of February 2020, Russia's Energy Minister Alexander Novak, strolled into the Organisation of Petroleum Exporting Countries(OPEC) headquarters, fully knowing that President Vladimir Putin was ready to upend the global oil market. Novak informed his Saudi Arabian counterpart, Prince Abdulaziz bin Salman, that Russia was unwilling to curtail oil production further. Moscow decided that shoring up prices, as COVID-19 wrecks energy demand, would be a bonus, to the U.S. shale industry. The fracking industry had added millions of barrels of oil to the world market, while Russian oil companies had to keep their wells unproductive due to low oil prices.

Moscow felt Riyadh was trying to coax Moscow into agreeing to production cuts by putting Russia in the position of either acceding or watching oil prices fall. After hours of inconclusive negotiations, the two ministers left Vienna without a deal and oil prices fell.

Demand shock vs. supply overhang in the new oil war

In times of excess supply, Saudi Arabia has surprisingly initiated an unprecedented price war. It has slashed its oil prices by 50 percent in the last two months and pledged to unleash its stored supply onto a market that is already seeing falling demands. With the coronavirus outbreak slowing the global economy, the Saudi move has further spooked the markets. Asserting that this was not a one-off move, Saudi Arabia's state-run oil giant Aramco said that it would increase crude oil production to 13 million barrels a day in April. 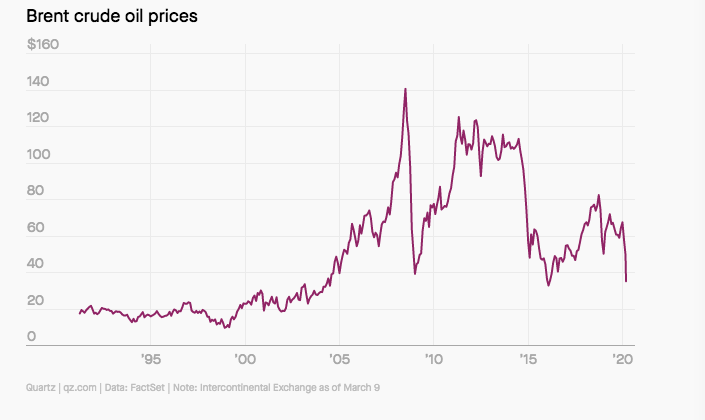 One view is that Russia's refusal to cut production was aimed at piling up losses to U.S. shale oil producers, who need higher oil prices to survive. The 2014-2016 oil crash caused dozens of oil and gas companies worldwide to file for bankruptcy. However, this was a boom time for the U.S. shale industry and resulted in the United States emerging as the world's leading oil producer.

Over the past few years, the shale industry has been largely unprofitable and was surviving solely on the huge capital it received in the previous decade. In 2019, investors began turning away from shale drilling and as a result, energy stocks collapsed. More than $18 billion of debt from the oil and gas sector in the United States is due to mature in the next three months, which means companies need capital to repay their debts or refinance. While major corporations like Exxon Mobil and Chevron can weather the storm, smaller companies may find it difficult to survive. 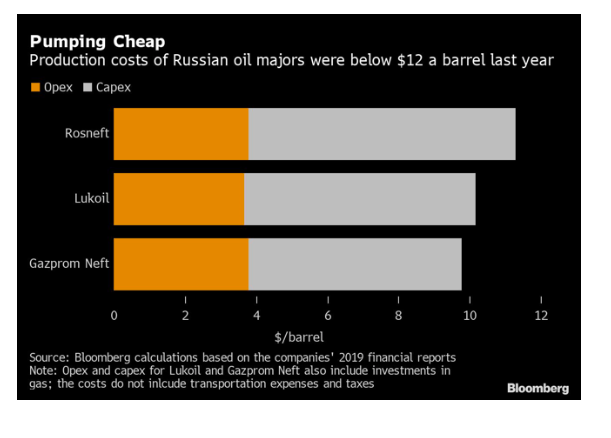