A Spanish High Court has ordered two leaders of Catalonia’s pro-independence movement, Jordi Sànchez and Jordi Cuixart to be jailed while they are..

A Spanish High Court has ordered two leaders of Catalonia’s pro-independence movement, Jordi Sànchez and Jordi Cuixart to be jailed while they are investigated on possible charges of sedition.

Catalonia has been settled by the Phoenicians, the Etruscans and the Greeks.  It has a rich ancient history that also includes settlements by the Romans, who built more settlements and infrastructure. Catalonia remained a part of the Roman Empire until fifth century. It was only in 13th century, when the institutions of Catalan self-administration were formed. This was done under the banner of Generalitat de Catalunya. Even though unification process took place under the leadership of the Crown of Aragon in 1476, Argon allowed Catalonia to retain its autonomy. Between 1640 and 1659, there was a revolt within Catalonia for secession. Parts of the region that ceded are now part of France.

The political movement for a separate state of Catalonia can be traced back to 1922. Francesc Macià, the 122nd President of Catalonia founded the independentist party Estat Català. In 1931, after winning the elections, Macia declared the independent state of Catalonia. After negotiations with Spain, he accepted autonomy rather than independence. However, during the Spanish Civil War, General Francisco Franco abolished that autonomy. It is currently designated as a nationality by its Statute of Autonomy.

In 2014, a non-binding Catalan self-determination referendum was held. Over 80% of the people voted in favor of independence. 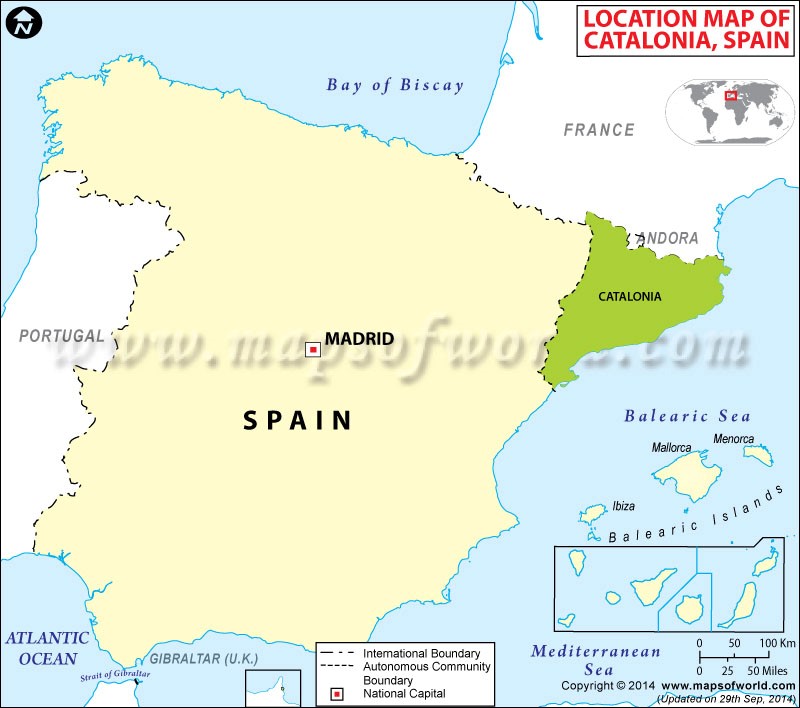 As Catalonia continues to discuss its options, Spain has taken further actions signaling a hardening of its position. The Madrid High Court has ordered the heads of the Catalan National Assembly (ANC) Jordi Sànchez and independence group Omnium Jordi Cuixart to be held without bail pending an investigation for alleged sedition. They are the first senior secessionist figures since Catalonia’s 1 October independence referendum who have been arrested.

They were both involved in the organization of a massive protest that occurred on September 20th, 2017 in favor of secession. During the protest, members of the Guardia Civil were trapped in Catalan government offices. It has been described as a “siege” and three police vehicles were destroyed.

The escalating political crisis in Catalonia has also resulted in Spain cutting its growth forecast for 2018. The Spanish government has announced in a letter submitted to European authorities that its economy would grow by 2.3%. The economy was earlier projected to grow by 2.6%.

Cuixart and Sanchez are now set to spend the night in a prison near Madrid.

Our assessment is that the latest development will result in further straining of ties between the Spanish government and the Catalan regional government. Spanish government’s activities that have so far been deeply unpopular in the region. Firefighters have spoken against it and even football club, Barcelona FC have condemned it. By imprisoning secessionist leaders, the government stands on further alienating the people of Catalonia, making reconciliation more difficult. We believe that Spain will try and impose direct rule in the near future.