President Trump remarked on the recent land-reforms in South Africa which would forcefully take away land from white farmers. Dutch settlers landed in the Cape of Good Hope in 1652 and began setting up farms in and around Cape Town. In 1795, the British occupied the region, sparking..

President Trump remarked on the recent land-reforms in South Africa which would forcefully take away land from white farmers.

Dutch settlers landed in the Cape of Good Hope in 1652 and began setting up farms in and around Cape Town. In 1795, the British occupied the region, sparking a long-running conflict with the original Dutch settlers, known as the Boers. This resulted in two Anglo-Boer wars. After the second war, the British unified the colonies into a single country called the Union of South Africa. The 1913 Natives’ Land Act allocated only 8% of the land for black people. Whereas the white people, who were in minority, owned 90% of the land. The act formed an essential part of the South African legal framework for land control up until the fall of Apartheid in 1991.

The African National Congress (ANC), which has ruled South Africa since the fall of apartheid, promised reforms to redress racial disparities in land ownership. Despite more than 20 years of ANC rule, whites still own most of South Africa’s land.

Earlier this year, the Economic Freedom Fighters (EFF) party’s motion seeking to change the constitution to allow for land reform was backed by ANU and passed. President Ramaphosa said expropriation without compensation will be one of the measures used by the government to speed up redistribution.

This plan has received international criticisms, with Australia approving emergency visas for white South African farmers facing violent attacks.  The Institute of Race Relations has urged the international community to step in, as the South African government continues to deny the violence caused by the bill. 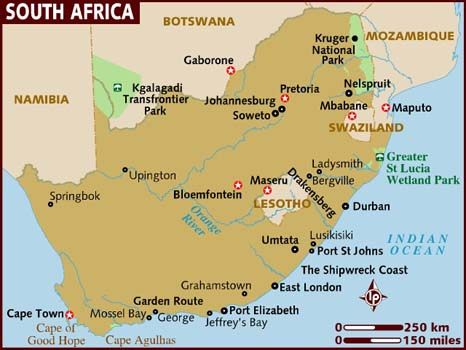 South Africa accused US President Donald Trump of fuelling racial tensions after he said farmers were being forced off their land and many of them killed.

Mr Trump's tweet touches on the overwhelmingly white ownership of farmland in South Africa - one of the most sensitive issues in the country's post-apartheid history.

Responding within hours, the government angrily said on its official Twitter account: "South Africa totally rejects this narrow perception which only seeks to divide our nation, and reminds us of our colonial past.

"South Africa will speed up the pace of land reform in a careful and inclusive manner that does not divide our nation."

The Foreign Ministry said in a statement it would meet officials at the US Embassy to challenge the "unfortunate comments", which were "based on false information".

Foreign Minister Lindiwe Sisulu will also speak directly with her US counterpart Mike Pompeo, it added.

Mr Trump tweeted: "I have asked Secretary of State Pompeo to closely study the South Africa land and farm seizures and expropriations and the large-scale killing of farmers."

His tweet apparently followed a segment on Fox News about Pretoria's plan to change the Constitution to speed up expropriation of land without compensation to redress racial imbalances in land ownership.

Ahead of elections due next year, South Africa's President Cyril Ramaphosa has intervened to accelerate land reform in order to "undo a grave historical injustice" against the black majority during colonialism and the apartheid era.

The imbalance stems from purchases and seizures during the colonial era that were enshrined in law during apartheid. Mr Ramaphosa recently said the Constitution would be amended to allow for land to be seized and redistributed without compensation to current owners.

But the plans have not been approved by Parliament, and there has been a vigorous debate in South Africa on how land redistribution would work - and whether seizures could be economically damaging.

Land reforms were one of the highlights of Mr. Ramaphosa's election campaigns. He said, “No-one is saying that land must be taken away from our people. Rather, it is how we can make sure that our people have equitable access to land and security of tenure. We must see this process of accelerated land redistribution as an opportunity and not as a threat.”

Our Assessment is that South Africa’s proposed land reform is being used as a platform for distraction from what has been a disastrous week for President Trump. However, we feel that the effects of land reform experienced in Zimbabwe will manifest in South Africa. We believe that while implementing the policy, the ANU must build partnerships between farmers and communities that claim land. Appropriate measures should be adopted to ensure that there is no fall in overall food production.